At least part of the goal of any decent arts and culture festival should be to capture the essence of the zeitgeist and throw it back to the audience for discussion.

The 2019 Leeds International Festival’s attempt at this most deft of moves came in the form of a four-part, one-day event series entitled What does it mean to be human? And by all accounts, it was mission accomplished.

The day’s first three instalments navigated that pivotal question from emotional, scientific and political perspectives, considering the power of mindfulness, the influence of history and the concept of global government in relation to our understanding of human-ness.

With the day drawing to a close – and the Tetley’s iconic festival ‘cube’ glowing ever pinker in the twilight – it was time for the final talk. Matt Haig took to the stage in front of a packed audience.

Matt Haig is first and foremost a writer. He’s published both non-fiction and fiction books for children and adults, and has several high-profile awards to his name. But since the 2015 release of Reasons to Stay Alive – a memoir charting his experiences with depression and anxiety and his path back from the edge, with powerful honesty and, at times, bone-dry wit – Matt has become a (perhaps reluctant) spokesperson for what it means to battle with mental health in the world in which we live.

He takes to the stage in the aforementioned cube with a wry smile. Festival Executive Gemma Holsgrove, has just – somewhat giddily – introduced him with an almost intimidating list of superlatives (‘this will be the best talk you’ll ever see in your whole life’). Matt makes humble light of this comment to a welcoming audience already on his side. His talk is peppered with this kind of dry, self-deprecating humour – jokes that see the funny side of our sometimes painfully ridiculous world – and encourages everyone listening to relate.

He begins by reading an excerpt from Reasons to Stay Alive, a passage recounting his experience of a panic attack brought on by a trip to the Londis near his parents’ house. It’s the most serious part of the talk, but a necessary acknowledgement of the very raw reality of mental health – how it can make even the most seemingly mundane of tasks feel impossibly challenging.

The talk that follows is an uplifting, honest, culturally and politically in-tune exploration of how we as humans exist in a world that demands more and more of our souls every day. Accompanied by a series of photos, Matt looks at the effect of the media on perceptions of mental health – how the language used around it has contributed to a culture of shame, a lack of understanding and a barrier to progress.

Navigating the self-obsessed, image-driven lands of social media and the internet in general is – these days – a constant part of being human. With the impact of technology’s everyday bombardment so often overlooked, it’s refreshing to hear Matt unpick some of the silliness of it all. He touches on the pressures surrounding perceived masculinity and femininity, the detrimental effect of consuming unrealistic visions of perfection on a daily basis, and how moving towards a society that talks openly about mental health and its role in our lives is crucial to feeling okay about being human.

The questions that fly through the air at the end of the night are testament to Matt’s relatability, his likeability, and the feat he’s accomplished by talking with such candid sincerity about his experiences. Someone asks whether he thinks pushing yourself to do the things that scare you is the way to overcome fear, and his response is balanced, carefully pointing out how public speaking is not something he finds easy – despite him being partway through a solo speaking tour.

The final questioner shares a moment of personal resonance, thanking Matt for the way his writing had helped her through a bout of post-natal depression. Her honesty is moving, and proof of the warm, supportive atmosphere that tonight’s content has infused the venue with.

Inspirational, humble and immensely articulate, Matt Haig delivers the messages we all need to hear, and tonight is the perfect encapsulation of that. A brilliant end to a day that asked more than its fair share of impossible questions, and just about got away with it.

To get more of Matt Haig, you can follow him on Twitter @MattHaig1, or take a look at his website for details of all his books.

Feature photograph by Marie Grob, who is working in Leeds with photographer Mark Wheelwright under the Erasmus programme. 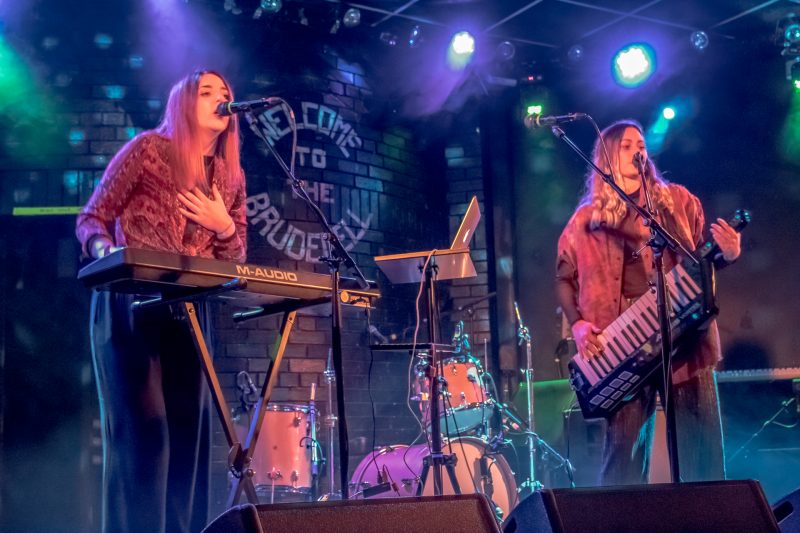 HER Fest Leeds: Setting a new standard from Yorkshire to the world 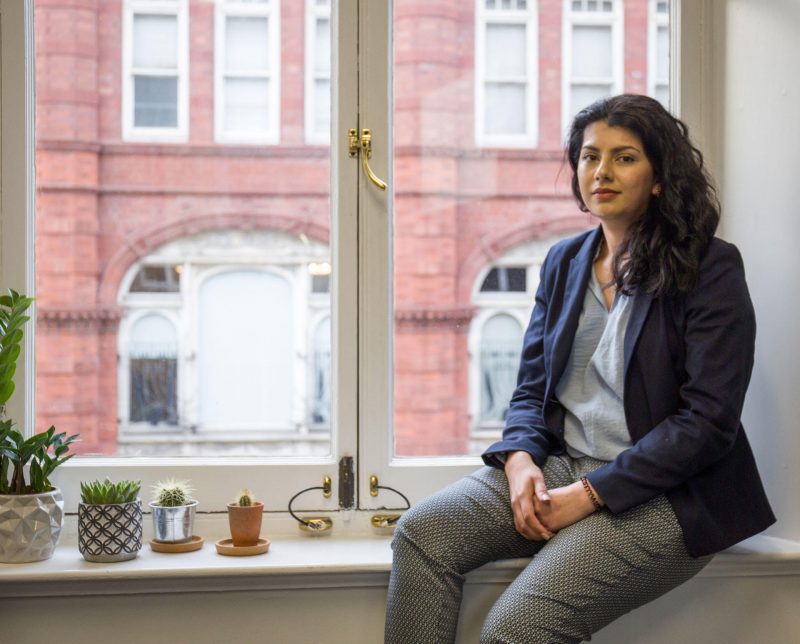 In Conversation With Dr Almas Ahmed 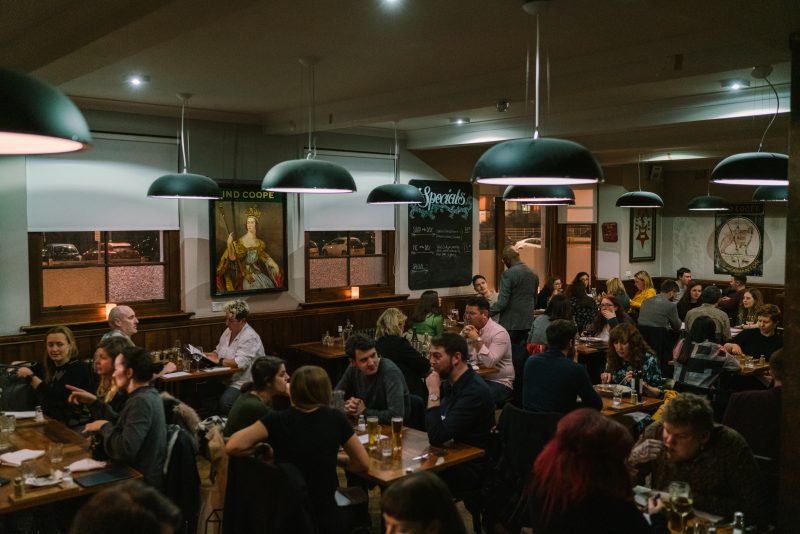