Street Food Tours Leeds offer a walking tour of the City Centre, including a mix of social and commercial history through tales of Leeds’ food heritage.

Thomas Chalk went along to talk pies, dripping and (of course) Marks & Spencer.

It was a mercifully dry Saturday afternoon, and I and four other people gathered in The Light to be met by a woman brandishing a stalk of Yorkshire forced rhubarb. Debbie, our genial and well-informed host, took us on a two-hour stroll around the centre of Leeds, stopping along the way to take in such delights as the tiled hall at the art gallery, the grandeur of Park Square and Cross Arcade, and Leeds’ oldest pub, The Pack Horse. 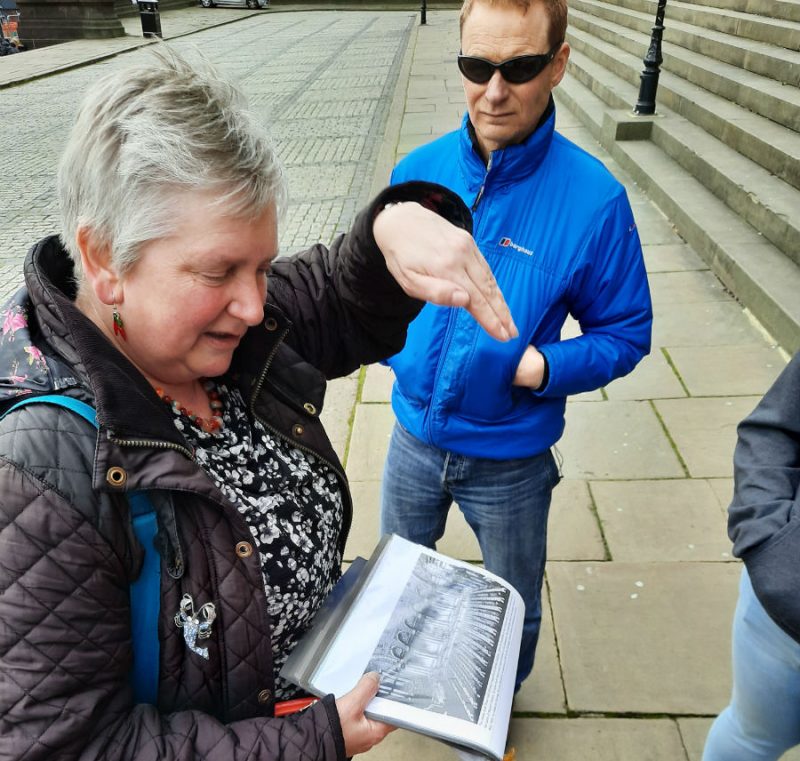 Combining an evident love of history with currently studying travel writing, Debbie’s tour was as much about people and place as it was about food; indeed, it is hard to talk about food without this context, and the social history included a fascinating account of a housekeeper who was prosecuted for selling leftover dripping to help make ends meet, prompting riots and the threat of civil unrest.

Impromptu questions from the group were fielded confidently, and my passing reference to Hull’s position as a major producer of frozen Yorkshire puddings was met with additional detail about how this came about (Butlin’s needed a way to meet the demand for Yorkshires from East coast holidaymakers who weren’t going to stand for a roast dinner without them). 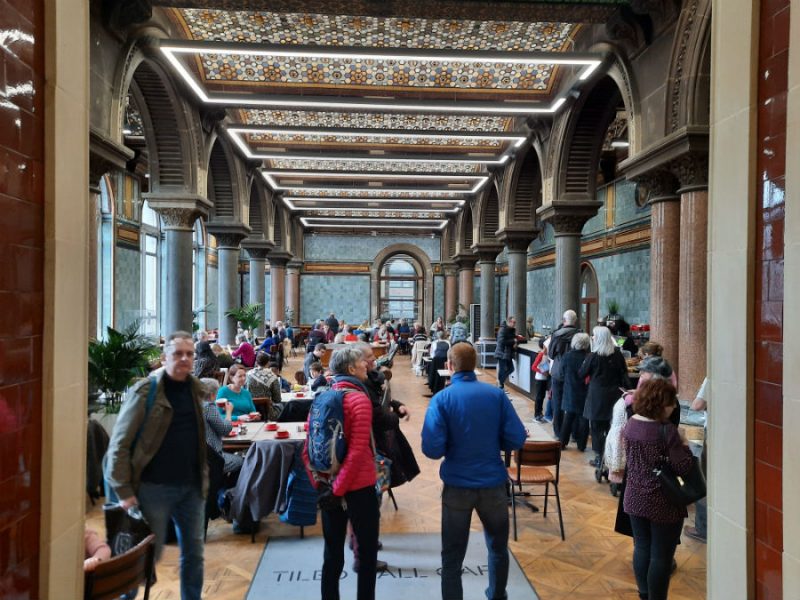 As is the case with a walking tour of a place you know, the delight is in the mixture of new information and of taking the time to stop and notice again things you half-remember. Swinegate does indeed get its name from being where pigs were driven to market; Fish Street led to the place where fish was sold. There’s a nice tale of the quick-buck entrepreneurship that inspired the creation of Asda, a nod to Leeds-Bradford rivalry, and a cameo appearance from the Luddites. 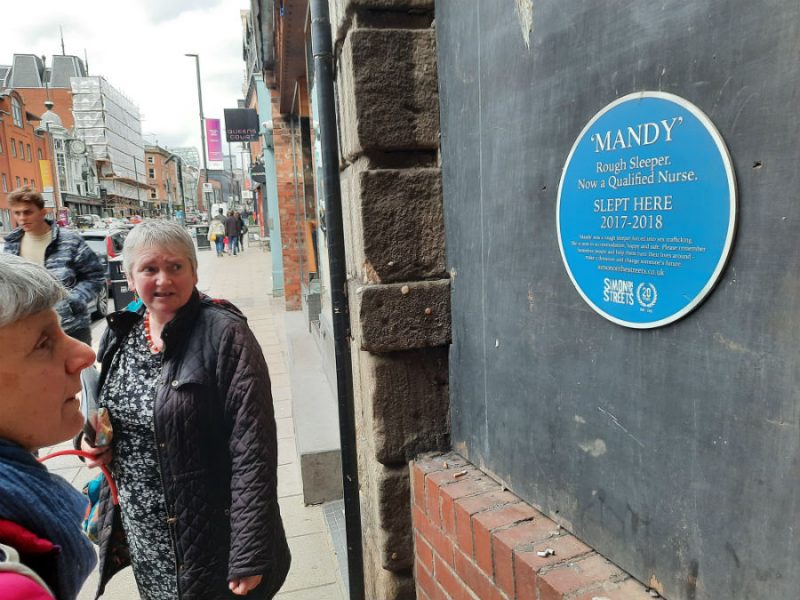 There is an additional theme to the tour: 25% of donations taken at the end of the tour go to Simon On The Streets, a charity working across Leeds, Bradford and Huddersfield to provide front-line support for people affected by homelessness. This theme is explored with a light touch on the walk, which pauses to note a couple of the blue plaques that Simon On The Streets have put up to raise awareness of homelessness – and of the hope and changed lives that can come from taking action – and offers a brief but informative contrast of the experience of Hungarian refugees in the mid-1950s with the experience of newer immigrants from Eastern Europe. 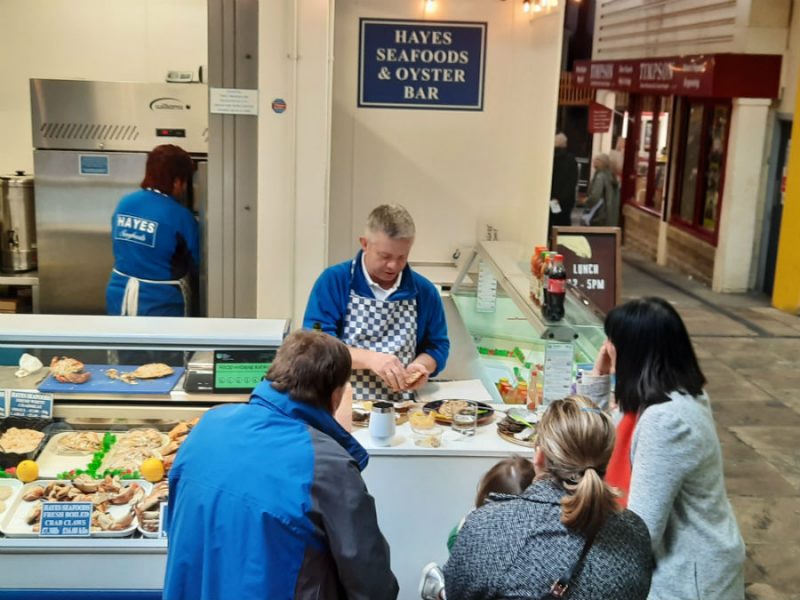 What could have seemed discordant and preachy, if shoehorned in more bluntly, came across rather as a natural part of the free-ranging conversation about food and people and the City. Equally, comparisons between “street food” in its current guise of increasingly not actually being eaten on the street, and its origins as mass sustenance hawked from the roadside, were not laboured; and the opportunity was taken to marvel at the variety of culinary influences that come together in a city such as Leeds. 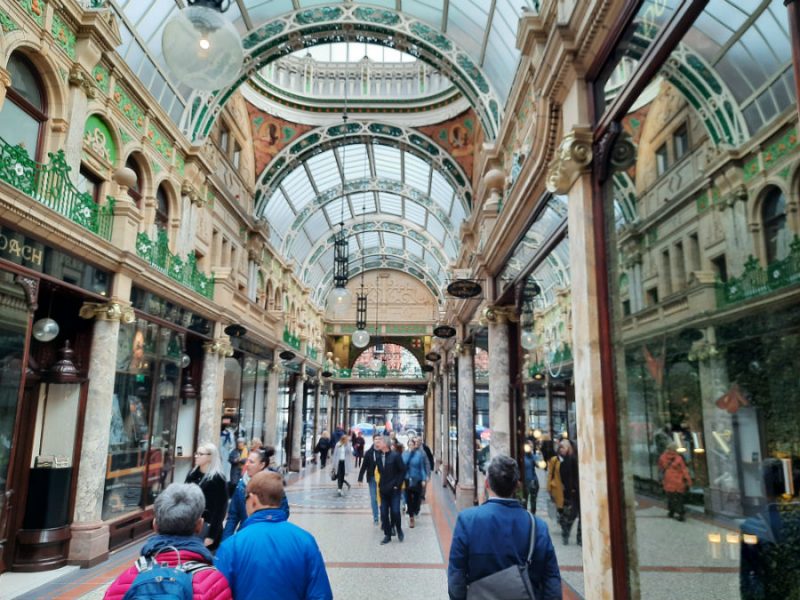 A word of advice – this is a tour about history and food, but it doesn’t include any actual food, so you would do well to have a hearty breakfast or early lunch. I spent most of the two hours of the tour dreaming of bagels and Yorkshire puddings. The tour finishes in Kirkgate Market’s food court, an ideal spot to round off the theme of street food and, conveniently, to satisfy the appetite you’ve worked up strolling around Leeds. 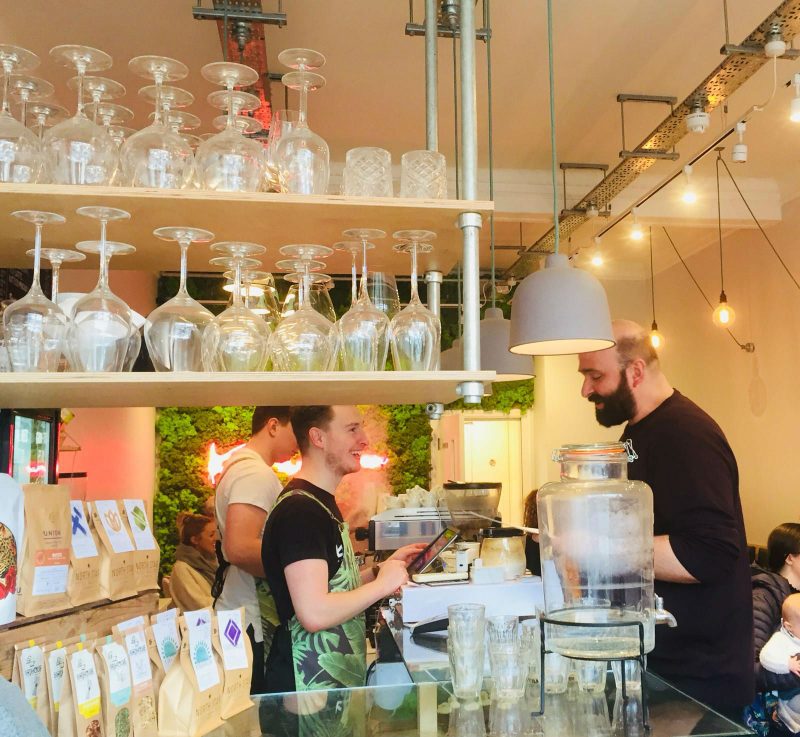 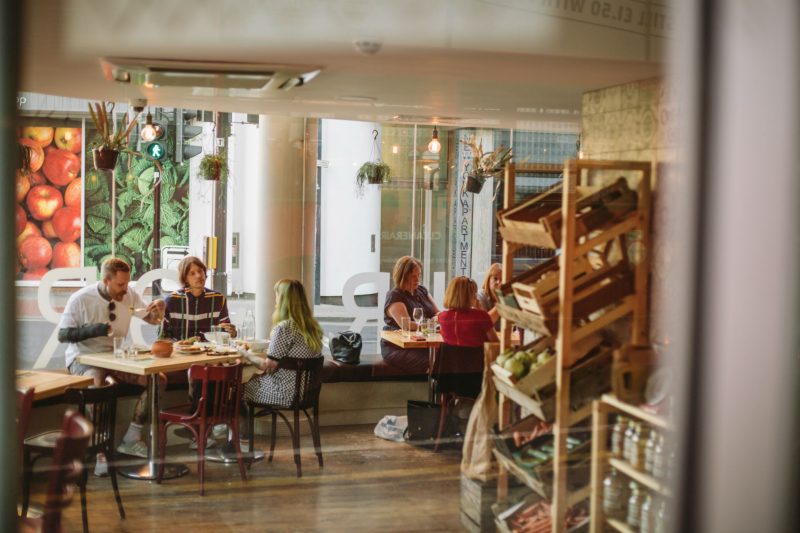 Vegetarian and Vegan in Leeds – 1. Eat Your Greens