A Leeds Business – Celebrating a Birthday With Good Heart

If you don’t believe that Leeds is the best place on the face of the planet please allow me to try to convince you. You’ll need to read this article right to the end – sorry about that – but it is worth the effort.

Gamezstation celebrated their sixth birthday at Northern Monk Brewery on 14th September 2019 and my copy editor had asked if I’d like to go. Now, I know less than nothing about computer gaming, as the last time I played one was on a Space Invaders machine built into the top of a bar table back in the 1980s.  Should we ever be subject to an alien attack, you’d be well advised to call someone else as I wouldn’t be able to recognise them unless they come complete with a circular beer stain. Having said all that, I’ve never yet turned down a gig in a brewery so I did a bit of homework, which took me about a Fortnite – see, and went along to find what was occurring. 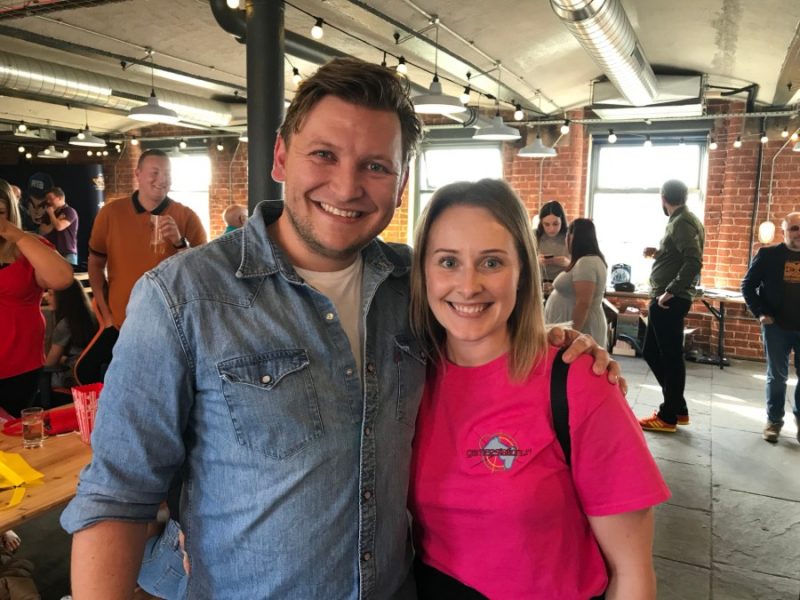 The company was formed in 2013, obviously, by husband and wife team Scott and Kirsty Deighton and is one of those ideas which makes you wonder why no one thought of it before. They have two vans, called Mario and Vinnie (I do hope they call the next one Morrison) each of which is fully equipped with gaming consoles, screens, surround sound, lighting and seating for 12 people. The idea is that they turn up to your event, as long as it is within a 65-mile radius of Leeds, and Hey Presto! you have gaming for up to 24 people.

All you need to do is provide a plug and a parking space and you are good to go. They have done everything – parties for children and adults, wedding entertainment, corporate events, team building exercises, summer fairs and school reward days.  They can also provide sweet cones and cupcakes; in fact, all you need for the entertainment of your guests. It also means that in addition to not having to do any work, you can get hammered on the red wine in the kitchen while everyone else is driving like lunatics or blowing stuff up in the van. Win/win. 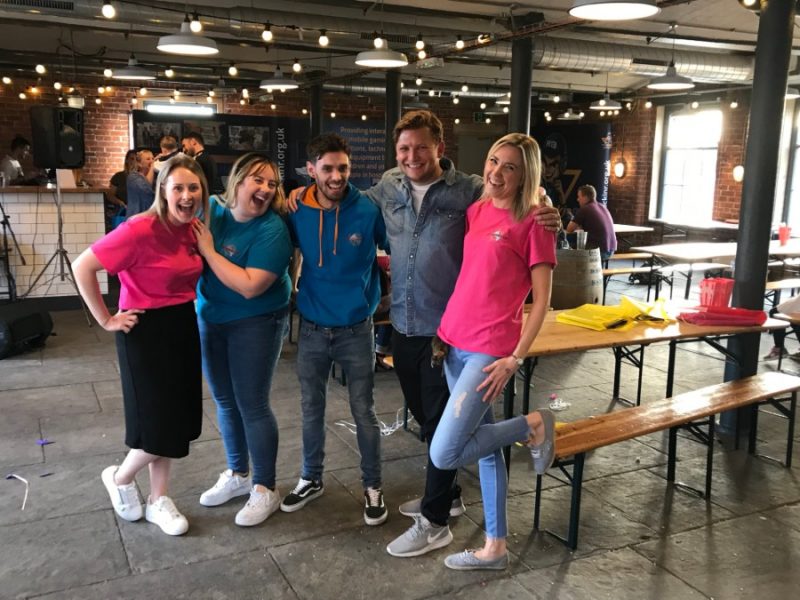 Back to the do. As well as the games vans in the car park, the brewery building was the setting for a couple of sets from the acoustic duo OK Alaska, who were excellent and impressed me by knowing that the song Dancing in the Moonlight was originally done in the 1970s by King Harvest and Toploader’s version is only a cover.  Nerd moment over.  To show how far gaming has come in the past few years, Morrt’s Moments were displaying some retro games and other memorabilia.  Fascinating. 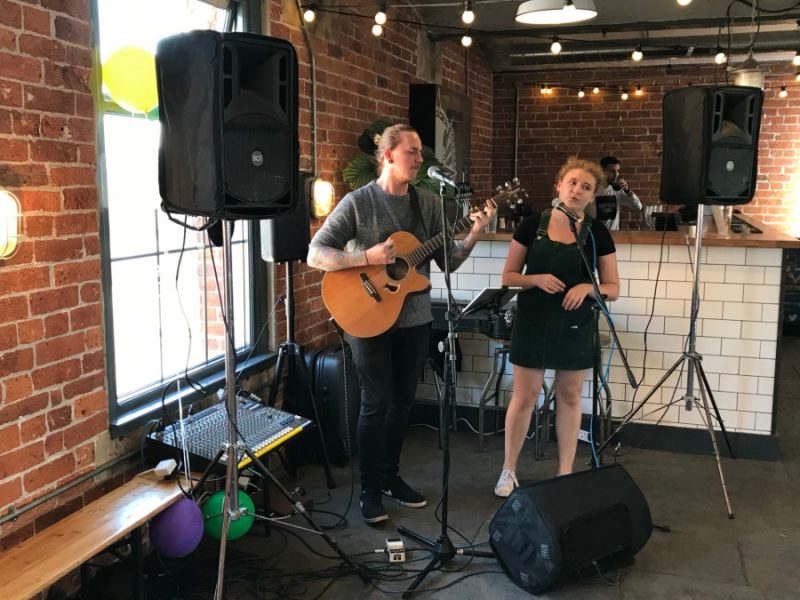 You can’t have a birthday without a cake and there was a large one which was ceremonially cut by Scott and Kirsty, as well as lots of cupcakes to keep us going throughout the afternoon and evening. The dynamic duo gave a speech of thanks and then introduced Jonny Miree to say a few words. This is where the most difficult thing I have ever had to write kicks in.

After hearing Jonny’s speech, and taking a few minutes to recover, I went to chat with him and his wife, Carol, about their son Reece. At the end of May 2017, Reece developed double vision and went for an eye examination at the local optician from where he was referred to Pinderfields Hospital Eye Clinic.  Then on 8th June they were told that Reece had brain cancer. They were referred immediately to the Oncology Department at Leeds Children’s Hospital where the following day they were given the devastating news that Reece had DIPG, an inoperable and incurable brain tumour, and was given a life expectancy of 12 months. On 4th March 2018, having lost the use of his left arm, Reece passed away aged just 11.  Gaming was his life and so a charity was set up in his memory using his gaming name TheRockinR. 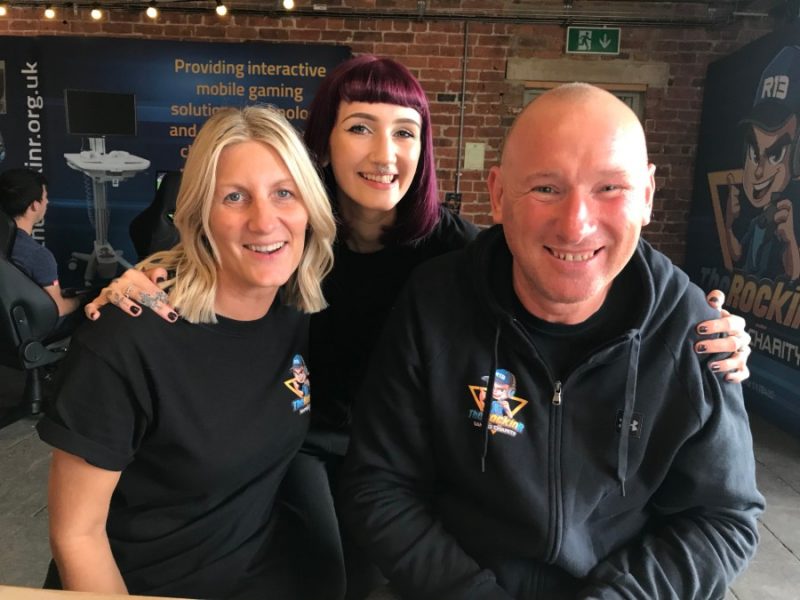 I must admit to being in pieces whilst writing this, not only because it is such a tragedy in itself but also because his parents are such lovely people with not a hint of self-pity.  As I was talking to them, Reece’s big sister, Jess, arrived and she was just as amazing as her parents . Jonny’s speech could so easily have destroyed the atmosphere of the party, but instead it seemed to lift it as the raffle and all other proceeds from the day were going to the charity.

The objective of TheRockinR is to provide gaming equipment to children’s hospitals so that the young patients can play remotely against one another and so interact with other children whom they otherwise would never meet. This is another simple idea which will bring entertainment and joy to kids when they need it the most.

The reason that I started with the question about Leeds is that by the time I left the party at about 6.30, over £1,000 had been raised. This was not donated by businessmen after a dinner where they had sampled lots of wine, food and brandy and then made extravagant auction bids to impress the others present, but ’normal’ family people who were touched by the story.  Jonny explained that the money from the first event was donated to LGI but they want to share the joy and the proceeds raised from this party will be given to a hospital in Birmingham, with the next tranche heading for Newcastle. 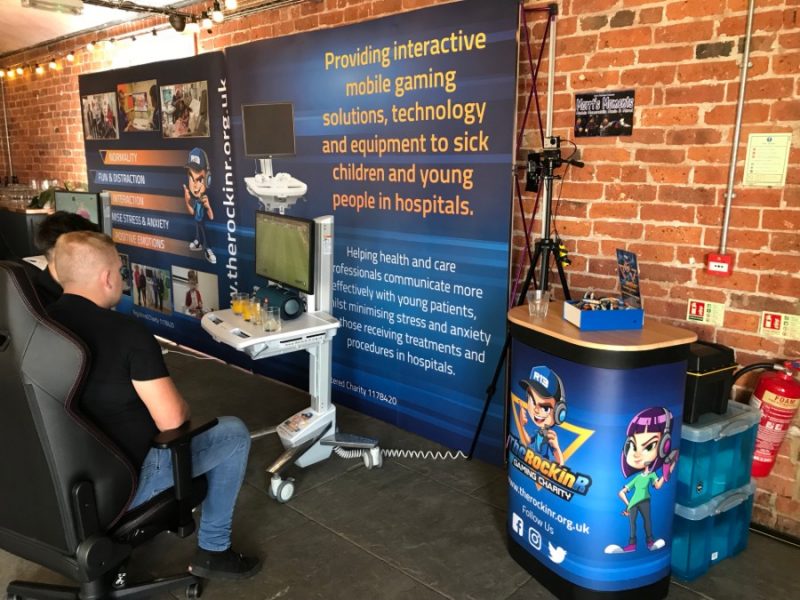 Thank you, Gamezstation, for a wonderful party, thank you to the Miree family for making me realise what is important in life, and thank you very bloody much Morrt’s Moments for reminding me how old I am.

To see what Morrt’s Moments are up to, it’s here.

To donate to TheRockinR, and why wouldn’t you?  Here.