Long Division Festival is the largest music and culture festival in Wakefield. With events held in over 30 venues across the City, and over 3,000 attendees and 100 artists, it is an event not to be missed.

We spoke to Amy Lilley, one of the organisers of Long Division, to find out more.  Amy is also co-founder of WE, a social enterprise which provides opportunities and platforms for artists and creatives through collaborative projects

The Long Division Festival has been described as ‘A glorious celebration of everything that is great about musical independence and DIY Culture.’  We asked Amy what makes the festival special for her. Amy explained that having the festival in her home city ‘is what makes it unique for me’. What is more, Amy told us,  ‘it’s just got its own community and vibe about it’ which she loves, ‘from the choice of bands, the variety of venues, to the people that attend’. For Amy, what also makes Long Division special is that ‘you can turn up with next to no plan as to where you’re going and who you’re going to watch, and just see where the day takes you.’ The Festival is great for families, and people of all ages, since ‘all the venues are within a few minutes’ walk from each other’.  Amy finished by explaining that the Festival is great since it offers the ‘chance to meet up and just have fun with your pals’.

Talk then turned to what events to attend, since there are so many to choose from. The Festival kickstarts on the 29th May with one of the Artwalk Wakefield events, an evening of creativity in the City. We started off by asking Amy why she thinks people should attend both Artwalk and the Festival itself.  Amy explained that ‘Artwalk is really the best way to get a sense of what Wakefield is all about.’ Continuing, Amy described how, ‘like Long Division Festival, [Artwalk] makes the most of the numerous venues within a couple of mins walk from each other and seeing the variety of spaces from gallery to chapel, office to cafe makes it really special.’ Amy described how Artwalk is ‘a platform for celebrating the artists, groups and performers working and living in the area, and a great way of meeting like-minded people and to make new friends.’

With so many different acts, workshops and events taking place over the 5-day Long Division festival, there is something for everyone. We asked Amy whether she has a particular act or event that she is most looking forward to.  Amy said that as there’s so much going on, it’s tough to choose just one event. However, she did tell us that she is really looking forward to her friend Emily’s gig night ‘Bodys’ at Establishment on Thursday 30th May, where one of her favourite Wakefield bands Mi Mye is playing along with Meursault. She also said that she is looking forward to seeing Peter Hook & the light, Menace Beach, Cowtown, Disguises, and seeing Napoleon’s IIIrd’s sound and light installation inside Wakefield Cathedral on Saturday.  There’s also a late night on Saturday at the Record Fair, where she’ll no doubt be eating some great food. Finally, to ‘finishing off the weekend at Richard Herring’s RHLSTP.’ It seems like Amy is in for a busy but really exciting week.

In addition to the music and live acts, there are loads of great workshops and activities on offer for families at Long Division. What would Amy recommend to first time or prospective Long Division-ers? Amy told us that ‘the workshops are suitable for all ages (Lush Bath Bomb Making, Fanzine Making, Tote Bag Printing)’, and that it’s often best to check out the website or just head to the marquee to see what takes your fancy. Amy went on to explain that the workshops are great for everyone since ‘the workshop marquee is a nice break from the hustle and bustle of the overall Festival.’ Especially as ‘there is a little cafe and food trucks there, too.’

We think that the 2019 Arts Council supported project “Onto The Streets” looks fab! It is an event, brought to Wakefield as part of Long Division, and is all about making art more accessible. We asked Amy how the organisers had decided on the 9 artists who are involved this year, since there must have been loads of applicants, and how she would recommend making the most of the art works for those living in and visiting Wakefield. Amy told us that ‘It’s always really tough selecting the artists’ since the organisers ‘just want to support everyone! But it came down to which really addressed the brief and brought their artwork onto the streets, and projects that would engage people that live in Wakefield and those visiting the City for the Festival.’ Amy explained that the organisers of the festival are ‘keen to give opportunities to artists early in their career or those working in new areas of their practice, so this was a factor as well.’ Amy told us that the artists are located all over the City, and that the best way to find out when and where they are is to look at the Festival programme.

On Friday 31st, Long Division hosts the Big Fat Festival Quiz, in aid of Andy’s Man Club, an incredible charity working to deal with the issue of suicide in young men through encouraging guys to speak to each other. We asked Amy whether she thinks that creativity (music, art, culture), has a role to play in improving communication between people and helping us all to talk openly. Amy told us that she ‘thinks creativity has a huge role to play of course.  It’s a great outlet for people to tell their stories, and talk about their emotions, whether that be through writing a song, painting, or even just going to events and meeting other likeminded people.’ We asked her how she thinks we could all work to encourage people to be more creative beyond events and festivals. Amy explained that lots of people have ‘spoken honestly about their mental health for decades through their songs, which we can listen and relate to, but perhaps when it’s masked with music the message can get diluted.’ She said that events such as the Big Fat Festival Quiz can help, but so can ‘performers and artists speaking openly about their own experiences and promoting charities that offer support’. Amy hoped that as a result of such activities ‘people will feel more empowered to talk about it.’

Sunday 2nd is touted as being the biggest yet for Long Division, with Richard Herring, and lots of family events on offer including building your own instrument. We asked Amy why she thinks it is important for children to get involved with art in Wakefield. Amy explained that ‘art and culture won’t exist forever if the next generations aren’t interested in it, so we need to engage people at a young age for them to really feel the benefits of it throughout their lives.  We know it [arts and culture] has a huge value to our society by giving us a sense of community and reducing chances of social isolation. Foremost, it’s a creative outlet which is crucial for our health and wellbeing, and our economy benefits as well!’  What is more, Amy told us, art is also ‘hugely enriching to the individuals involved and the towns and cities celebrating it.’ Amy finished by stating that art should be fun for children, and that is what the organisers of Long Division have aimed to achieve.

Our last question was about ‘WE ARE’ which Amy co-founded with friend and recent Wakefield graduate, Lucy Norton. We asked why she thinks it is important to enrich Wakefield’s creative scene. Amy explained that ‘working in Wakefield is really about giving people pride in where they live and work and creating opportunities for early career artists and performers here, without them having to always look for work elsewhere.’ She finished by stating that events like ‘Artwalk and Long Division are reasons businesses and people want to stay here and put their time into this City, which makes me really proud.’

Long Division is being held in Wakefield between Wednesday 29th May and Sunday 2nd June. More information can be found on the festival website here. 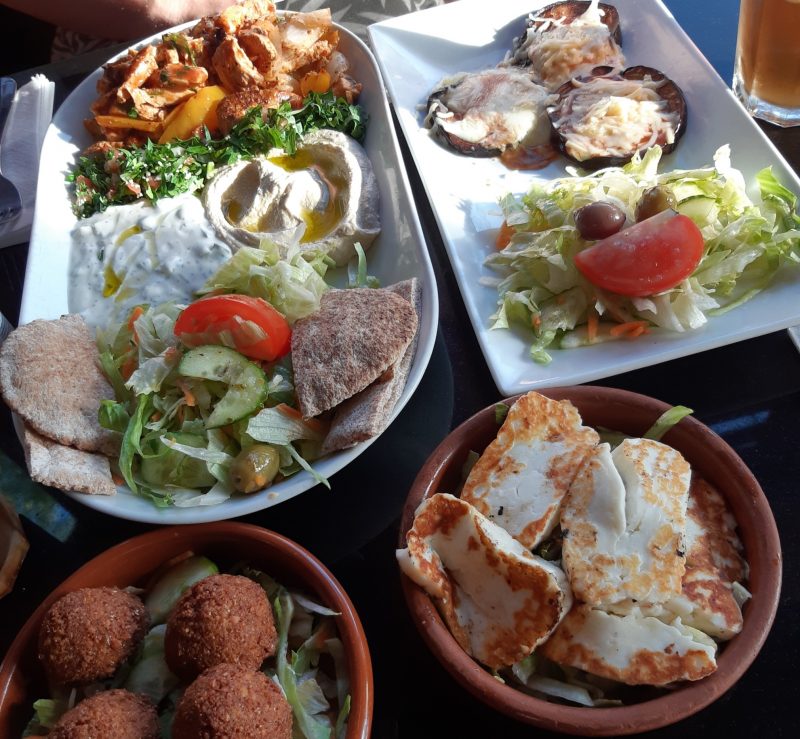