Leeds Living ventures out of the LS postcodes to take a look at the newly-refurbished Wakefield pub, The Castle.  Thomas Chalk and Cath Kane report back. The Castle reopens tomorrow, following a quick but extensive refit.  We visited for a preview night when the team lit the fires and brought out the new menus.  By […] Sitting at the junction of Harehills Road and Roundhay Road , ToastLoveCoffee – or TLC – is a pay-as-you-feel vegetarian café, and, as Thomas Chalk found out when he met co-founder Anna Dyson, so much more. Tell me about the origins of TLC. We’ve been a concept since Christmas of 2013, and we incorporated as […] 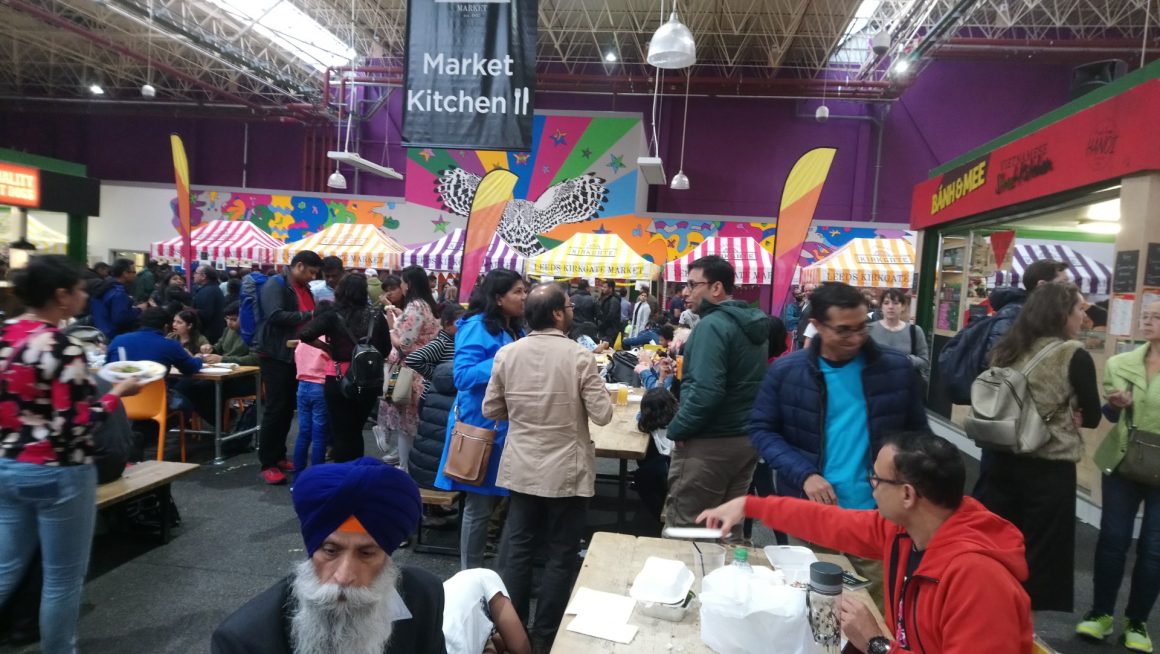 Kirkgate Market’s food court hosted a festival of Indian food last Saturday, with around thirty stallholders offering spiced delights to a packed crowd.  Thomas Chalk joined the throng. It’s a good venue, the food court.  It’s a rare lunchtime that this high-ceilinged room feels at all empty, with an international mix of fare on offer, […] For Eat North’s last outing of 2019, there was a showcase of vegan food. Thomas Chalk went along for some real tasty fake meat. This was the third year of Eat North summer food events at North Brewing Company, in partnership with Leeds Indie Food, and they closed the season with a celebration of vegan […] 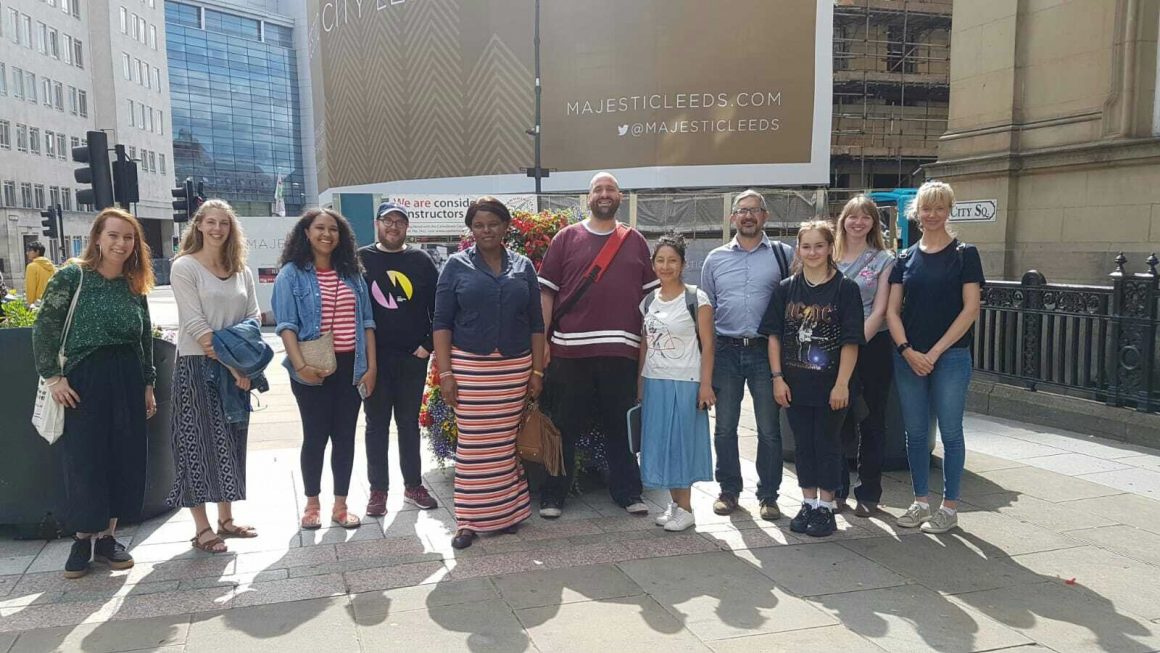 Tales of a City Tours offer walks whose guides are Leeds residents, who arrived in the UK as refugees.  Guides like Lilly, who came here from South Africa, share their stories of living in the City which has become their home.  Thomas Chalk joins one of Tales of a City’s guided walks and sees Leeds […]