Christmas fairs and markets are big business, with seemingly no end of people happy to give up the warmth of indoors for more al fresco eating and drinking in the name of yuletide. Some are held in crowded clusters of brightly-lit wooden chalets (which I always find have an uncomfortable Blade Runner meets the Ewok village vibe), with enclosed drinking halls that tend to be both stuffy and draughty at the same time. Others are held under some tarpaulin marquees on small industrial estates just outside city centres – which brings us to Eat North. On a day that was warmer and brighter than the season can be relied on to provide, North Brewing Company opened their tap room and invited guest stallholders for craft beer, crafty takes on Christmas fare, and, well, some crafts. 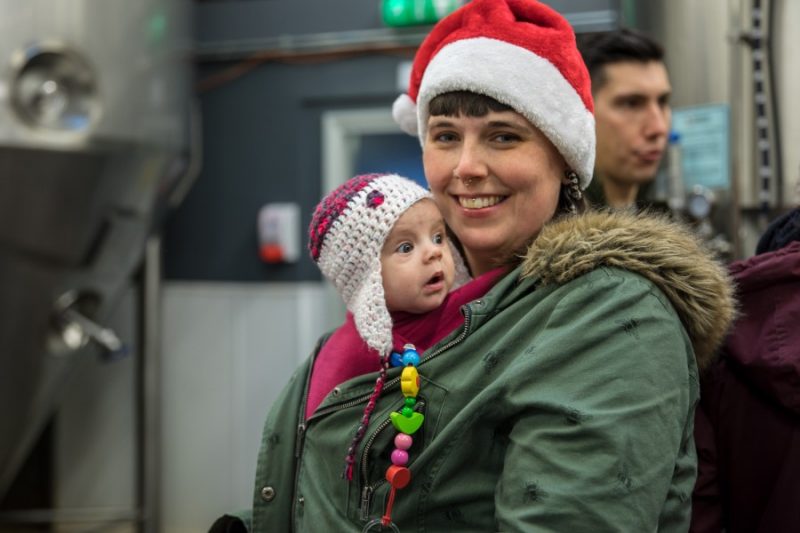 When I arrived in the early afternoon, things were in full swing, with a turnout to match that of the summer events. We started at the bar, deciding to mark the clemency of the weather with something cold rather than mulled. As ever, North had put on an array of beers. I spied a North x Broaden & Build porcini and cacao stout on the list, but alas this was to follow once the barrel of a different stout was finished on that tap (I’ll be seeking this one out very soon!) – so I went to the other end of the spectrum and had a pint of their Herzog Kolsch-style lager. North’s own website describes this as the perfect summer beer, but I can happily report that it does the job a fortnight before midwinter too.

The food vendors had Christmas-themed offerings. As a vegetarian, I am not the right customer for dishes centred around turkey, pigs in blankets and the like, but the nut roast Yorkshire pudding taco from the Yorkshire Burrito Company served as a good substitute. The nut roast was good – not dry and crumbly but firm and substantial, with a very decent onion sauce that nicely straddled the line between gravy and marmalade. So Toasted offered toasties and fries, with (of course) turkey and trimmings as fillings and toppings. The vegetarian toastie option was mixed cheese with just a hint of sweet chilli, and I’m not sure there’s much better to eat sitting outside on a winter’s day than crisp bread, charred to just the right level, encasing melted cheese. (‘Melted cheese’ is one of those phrases that doesn’t need further words to get across that this is a very good thing). 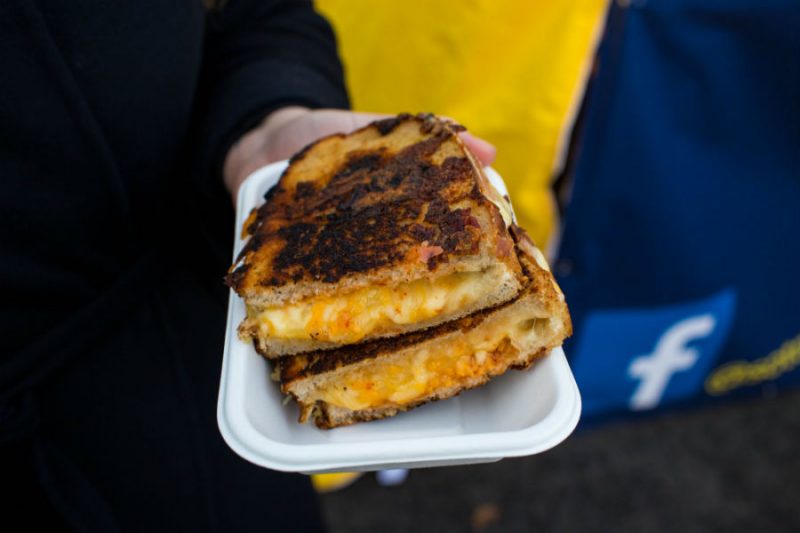 My token meat-eater companion had fries loaded with brisket, brie and cranberry from Little Rasco’s stall. Reportedly the rosemary and thyme flavour of the fries could have been more prominent, but the brisket was long-cooked and falling apart into a satisfying tangle, and the cheese was melted (see above). A salt beef and mustard toastie was packed with flavour, though not the promised gherkins, and of course benefited from the theme of this review – melted cheese.

There was talk of a Christmas pudding version of the Yorkshire pudding burritos being on its way, but sadly I had to leave before this came out. (It’s on the list of things I feel I owe myself, along with that mushroomy stout.) I visited Copper Spoon Cakery’s stall instead, where miniature gingerbread houses nestled among elegant blocks of cake, somewhat reminiscent of wooden chalets amid city centre buildings. By this point, large heaters had been switched on, radiating a powerful glow which felt fireside-festive but which also made all my interior photos from that point on a vigorous orange colour. Gingerbread and cakes look good in this light (and the gingery caramelly piece of cake I bought didn’t let me down), but the craft element of the day, local printmakers’ stalls, struggled somewhat to show off the carefully-chosen colours of their wares. Still, they were probably pleased not to be cold.

Entertainment was provided by the DJ, who must be congratulated for sticking to a mix of funk, soul and the like rather than cranking out the Christmas hits; and by a Christmas quiz. Smartphones were once said to have heralded the death of the pub quiz, but these days their role is to remove the tedious admin of passing beer-sodden answer sheets from table to table by allowing answers to be submitted via app, against the clock (so there’s no time to be “just checking my messages” right when you need to know what Finnish people eat for Christmas dinner or whatever the question is). Participation in the quiz was not enforced on those who didn’t wish to join in (which is arguably not traditionally Christmassy, admittedly), but with thirty-one entrants, it felt like Eat North had hit upon a winner, both with the quiz and the wider decision to open up in December. Certainly, the weather helped, but there is probably also a lot to be said for goodwill built up over the summer’s successful series of events, and, of course, for the simple joys of a good pint and some melted cheese. 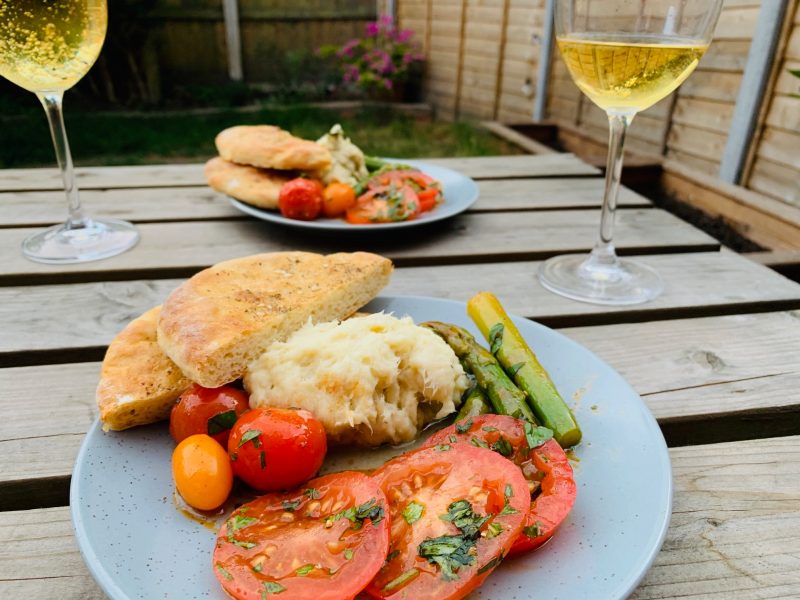 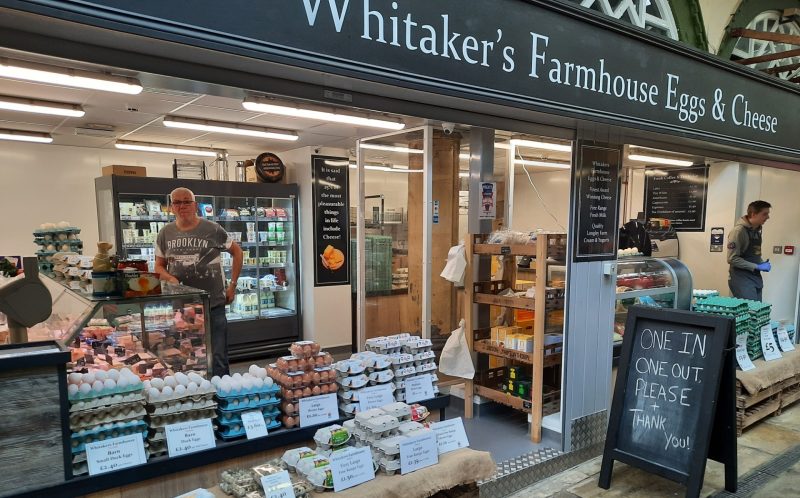 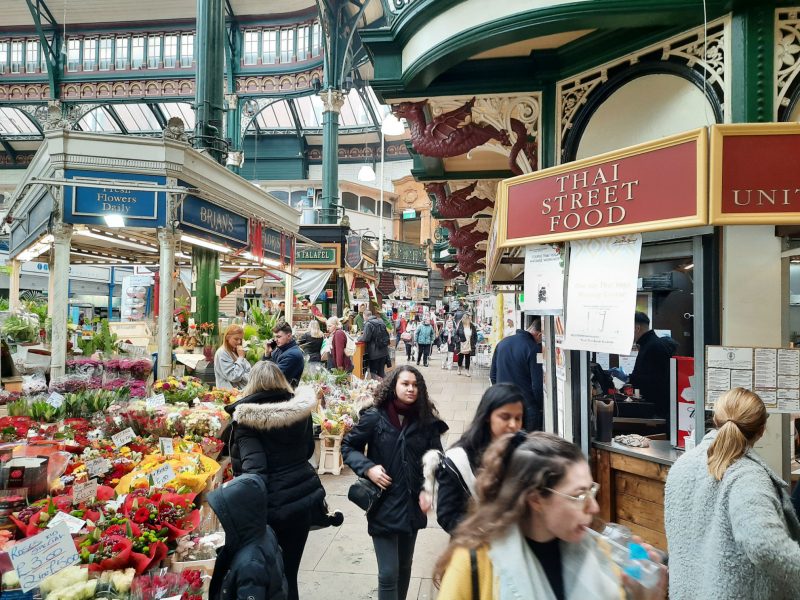