JAWS and Ivory Wave at The Wardrobe on 29 November

I’m an old fan of JAWS, so I was extremely excited to find out what the night had in store at The Wardrobe for their gig, with support from Ivory Wave.

I’d never seen JAWS live, nor had I ever attended the venue, which after living so long in Leeds was strange.  In my view, JAWS are one the very best indie/rock bands that the UK has to offer.  They’re effortlessly cool and had the crowd singing along to every song, hands in the air.  If you’re not familiar with them, but you like similar bands such as DMA’s, The Courteeners, Catfish & The Bottlemen, Blossoms etc. then I would definitely recommend that you check out their music on Spotify/Amazon or wherever you stream your music.   You won’t be disappointed – and nor was I last Friday night. 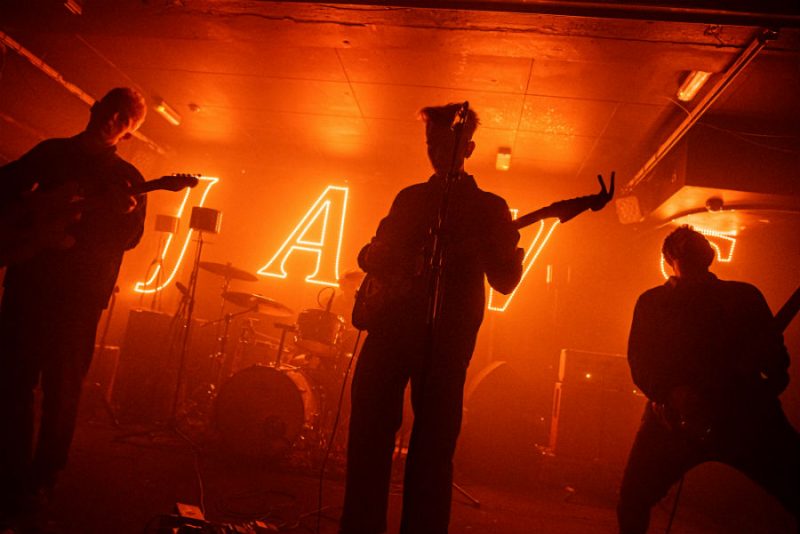 The Wardrobe itself – for those of you who are not aware – is a lovely, quaint bar upstairs, filled with fairy lights and people dancing to Elvis at 7pm; a true vibe if you ask me. Then downstairs, the stage is within a lowered area, with multiple viewing areas for people to stand or perch. Because of the unique structure of the room, there are loads of great places to watch the gig, and we actually struggled to decide on a place to stand because each area offered different perks. But, we finally decided on a space in the raised area, near the bannisters – perfect for perching and setting down our jackets.  Overall, it was a great location for a gig – with the downstairs bar conveniently close to the stage. 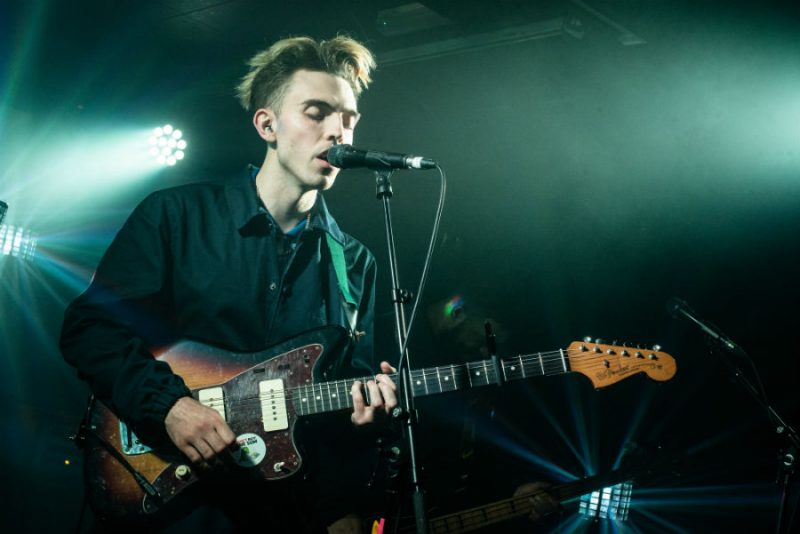 As soon as JAWS appeared, the audience immediately got stuck into gig lifestyle lighters and iPhone torches (and even bodies) were all in the air, being swayed from side to side as the set began with Gold – a 2014 single that had everybody feeling nostalgic and in the mood for more! Their most listened to song on Spotify, Stay In, was probably my favourite of the night, not only for the great performance, but also for the reaction of every single member of the
audience. From the starting bars to the well-rehearsed chorus, there wasn’t one person in the room not singing along with the band. Another great aspect of the gig, was that they didn’t just play music from their most recent album The Ceiling but also played a range of their greatest tunes from across older EP’s & albums, including; Right in Front of Me, Be Slowly and Think Too Much, Feel Too Little. Each and every number was perfectly performed and brought their 2014 classics back to life.  There was no denying the emotional state of the crowd when these oldies but goldies were played. They didn’t mess about with the encores, as they told us straight-up when there were 3 songs left. They ended the set on a huge high and the buzz from the audience was carried out into the streets of Leeds. There’s no doubt a lot of the people at the gig took away some good memories. 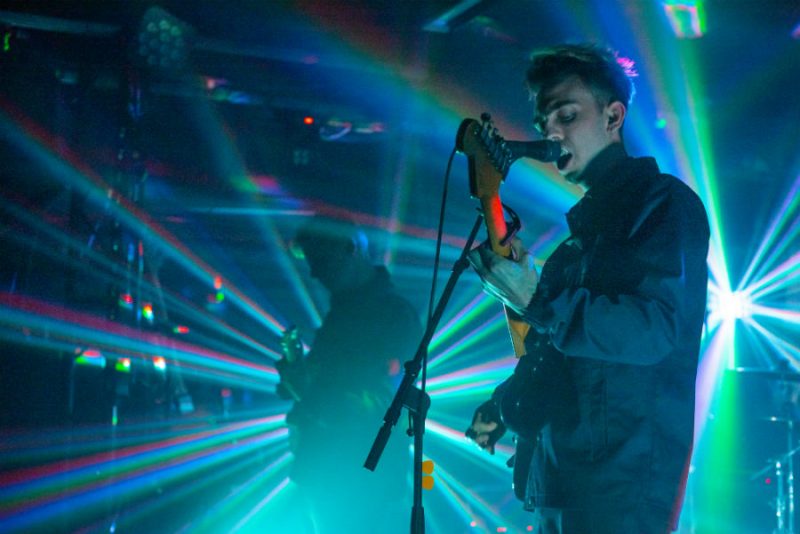 The support, Ivory Wave, was a new band to me – but I’m so glad that I’ve been introduced to their music. This was another opportunity that the crowd took – singing, laughing, swaying and jumping, all in their 45 minute set to warm the stage for JAWS.  This included a stunt involving a pint of Guinness and the sound tech at the back of the room – but they managed it. They had the audience pass the cold, Irish pint back for him to enjoy, without spilling it and/or drinking the pint on its journey. 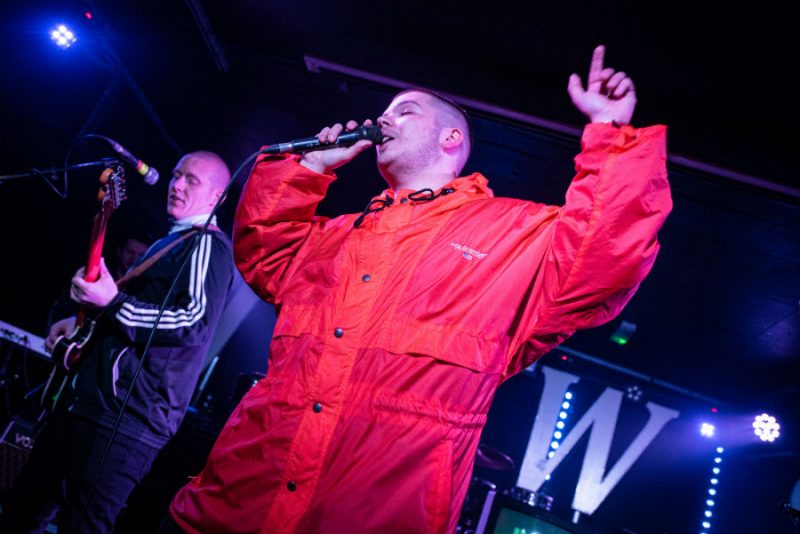 Ivory Wave is a five-piece band from Birmingham who have become well known for their acid house and dance-style music.  I found myself nodding and singing along to their very infectious style of music. The front man, George Johnson, stole the stage with his great interaction with the audience and high-energy performance in his fluorescent orange poncho.  I mean, what are ponchos for!

The two bands complimented each other perfectly –  Ivory Wave geared the audience up ready for a night filled with indie-rock and laughter – and that included Ivory Wave, seen during JAWS set, sipping his Guinness and enjoying the performance along with the rest of us.

If you have the chance to see either of these bands, grab it – you’ll be in for pure entertainment alongside fans whose smiles say it all. 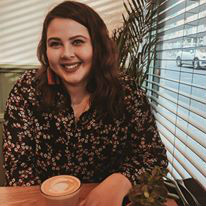 Paige is an MA graduate working in hospitality marketing.  She's a coffee enthusiast, avid foodie and theatre-goer, with a recent interest in ballet. You'll probably find her on Instagram @_PaigeEliza 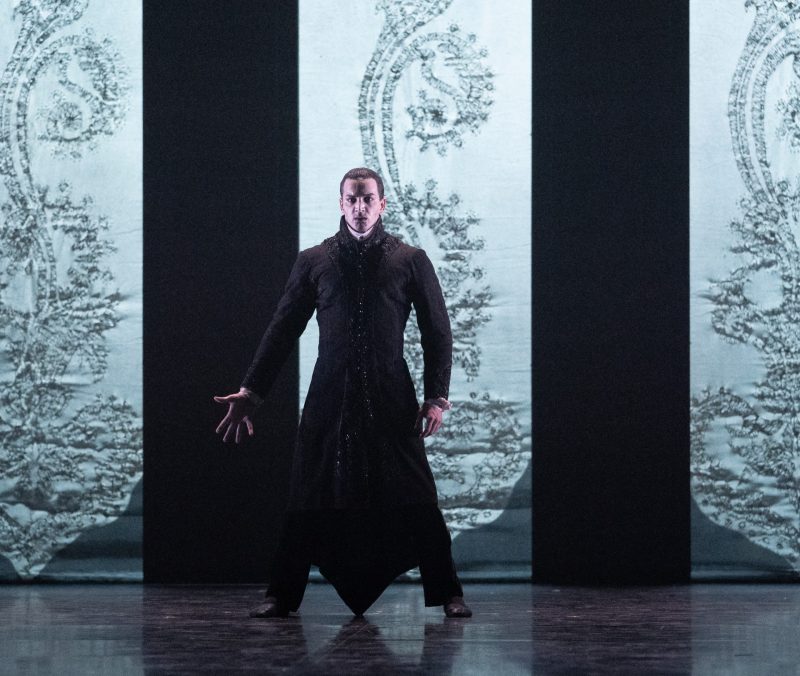 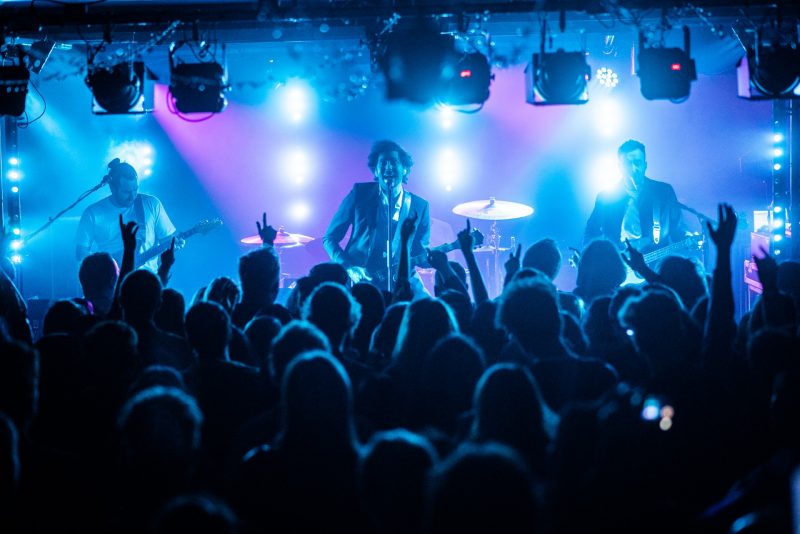