Alison Smith, the first artist in residence at East Street Arts’ 130 Vicar Lane and one of the artists approached by the Leeds BID for the #ChristmasinLeeds project, talks to Alys Marshall about her latest work, her creative process and upcoming collaborations.

I begin by asking about Alison’s previous work, as she has already been involved in several exciting local projects. Over the last two years, she has created an ethereal coral structure called The Indestructible Reef for Light Night, launched an installation called Textures of Winter, and led a 6 part GCSE workshop called No Quiet Place which featured subaquatic sounds and  encouraged students to ‘create abstract still or moving images in response to the theme of noise.’ 1

Her two contributions to this year’s #ChristmasinLeeds initiative are equally otherworldly.  In the trees of Park Square you will find her Frost Blossoms nestled in the boughs, emitting a soft glow which evokes a wintry peace. In contrast, if you wander down to Park Plaza hotel you’ll find something more playful on display; Candy Chaos hangs cheerfully in the window, a riot of sugary reds and cheeky protruding sweets. Both of these sculptures are comprised of materials that would usually be considered rubbish, but to Alison they are full of potential.

Undoubtedly, she is an artist with an environmental consciousness. When we discuss the making of her art she says “I’ve always created things with discarded objects”, describing with contagious enthusiasm the process of collecting single-use plastics and transforming them into shapes which resemble something organic. She mentions specifically the unnaturally long lifecycle of plastic, the habitual disposal of a plastic bottle after a day’s use, only for it to fester in a landfill for the next century or so.

We talk about the appeal of white packaging, the clean lines and blank canvas it provides – not to mention the abundance of it available. Alison remarks on the absurdity that something which inherently signifies newness should be thrown away without a second thought. Both aesthetically and economically, using plastic waste to create art makes sense.

After a thoughtful pause, she explains that it is her intention to gently convey a message of human culpability through her work, discreetly reminding us of our responsibility to recycle. Alison’s sculptures are a manifestation of her desire to “restore the balance” between man-made things and the natural world. Her pieces are particularly prescient, given the current press surrounding global plastic pollution, and the horrifying reality of the consequences for marine life, as highlighted by Attenborough’s follow up documentary Blue Planet II, which aired in autumn this year.

Alison attributes much of her aptitude for breathing new life into disposable objects to her upbringing, describing her mum and gran as “very frugal Yorkshire women” who instilled in her the philosophy that you should “reuse and repurpose everything you possibly can” This, she says, is how she came to find abstract sculpture as a medium. Yet it was her time studying set design, sculpture and ceramics at Leeds College of Art which made her want to work with light.

As we discuss the progression of her work, it becomes clear that Alison’s sculptural style is evolving over time, much like the organic forms which her pieces resemble. For the last few months, Alison has been taking part in a project called Leeds Creative Labs, which was launched by Opera North and the cultural institute at the University of Leeds in 2015; it has since been host to a multitude of innovative collaborations. The project matches digital and artistic creators with academic staff, with a view to enabling each participant to experience an alternative perspective. This year Alison has been paired with Dr Christopher Hassall, a professor from the faculty of biological sciences, and she alludes to how much she has enjoyed “the process of talking to each other and working together.”

For an artist engaged with returning the artificial to the natural, the convergence of art and science is a fascinating crossover. With their unique individual structures and the connotations of ice formations, there is an element of the biological in Alison’s existing sculptures. She remarks that she would like to bring more movement into her pieces by utilising micro-technology, and enabling them to become a more responsive experience. This partnership will culminate with a project later on in 2018.  Alison’s work is resourceful, enchanting and atmospheric, and I’m excited to see what this collaboration will bring.

For further information and news on upcoming work, keep an eye on Alison’s website here. 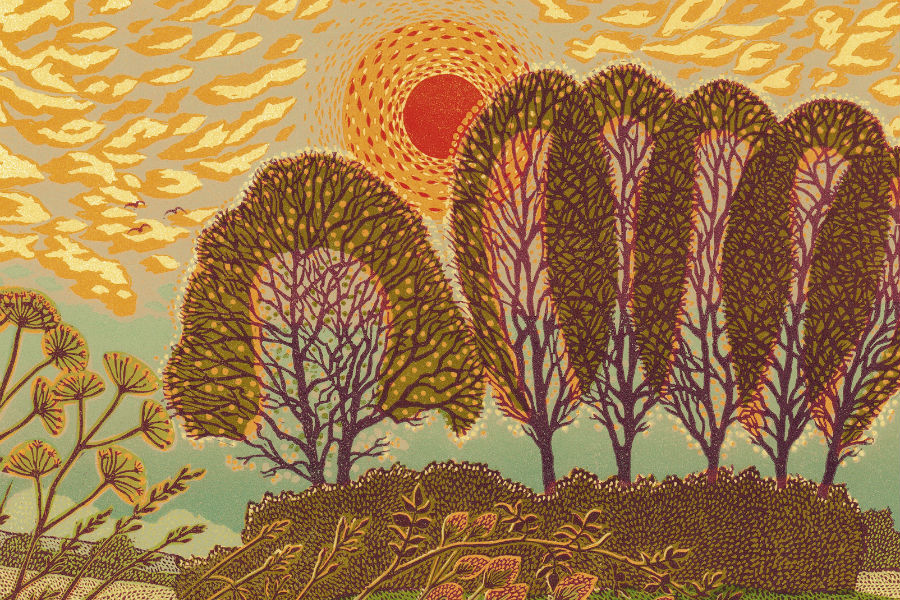