An Evening With Leeds Drawing Club

Leeds Drawing Club has been going for almost 15 years. The club aims to enable more people to have a go at drawing, offering tutored and untutored classes for all.

I spoke to Ellie, the founder of Leeds Drawing Club, about where it all began, what the plans are for the future, and why so many people are getting into drawing. I was also fortunate enough to go along to a session with the Club so that I could have a go at life drawing for myself.

Where did it all begin?

Ellie explained that whilst she isn’t a professional artist, and hasn’t studied fine arts, she did study theatre design at university. During the course, Ellie enjoyed attending life drawing classes, which were a compulsory part of the degree. After graduating, Ellie continued to attend life drawing classes and enjoyed the time it gave her to work on her practice and to take time out of the day. But, when she moved back to Leeds and Ellie “naturally wanted to get back into it’” she struggled to find what she was looking for – “There were a few tutored courses at the time and the universities were doing life drawing, but there wasn’t anything that was available for people who wanted to show up and draw to develop their own practice.” So that’s when Leeds Drawing Club was born. The club started in 2007, with the aim of offering more untutored life drawing opportunities in Leeds.

I expected that Leeds Drawing Club had changed somewhat since it started life back in 2007. So, I asked Ellie about the evolution of the club.

Initially, the Club began at LS6 café, where a small group of people would get together to draw on a weekly basis. The Club moved around over time, to accommodate different sized groups and to enable more people to attend. “I used to do it in the upstairs of various cafes and things,” Ellie explained. But soon, the Club grew. Ellie said “it grew organically and now it is a business with lots of offerings”. What started out solely as a club to facilitate untutored life drawing – “a selfish thing, a way to get untutored life drawing for me, became very popular and gathered its own momentum.” Ellie went on to explain that she enjoyed seeing how the members changed over time, and how they varied based on venue and timing of the group.

After a few years of running the Club, Ellie decided to move into a dedicated studio. Leeds Drawing Club set up its base in Meanwood, in a large studio with room for 25-30 students. After the initial COVID-19 lockdown was lifted, Ellie and her team hosted a series of really distanced classes, just for 8 or so people. However, running classes for so few people, and working under such uncertain times, they had to move out of the studio. Ellie told me “It was really sad to leave Meanwood, but I just couldn’t pay the rent.’” What really saddened Ellie was the fact that she was forced to leave the studio and stop the classes and sessions at a time when people really needed it, because of the stresses of COVID and all the changes that came with it. But thankfully, the Club returned and is now operating back out of Café 164 in the City Centre (more on that in a minute).

Why are so many people getting into drawing?

As our conversation progressed, I was realising how important drawing can be for people’s ability to cope with stress. But I wanted to hear from Ellie about why she thinks that more people seem to be getting into drawing.

Ellie: “The reason why people were coming changed over the years. Initially, it was people who wanted to draw a life model. And so I provided everything for them to be able to do that. But then people started to come because they enjoyed the social part of it. When you get regulars, people started to connect and make friends. The sessions offered something different to usual social activities as it wasn’t based around drinking.’“

Ellie went on to say how things shifted over the last few years. “More recently, people started saying that they were experiencing mental health benefits to life drawing. The drawing is the activity, but people were not coming necessarily to draw. They like the escape. It is a chance to forget the day, a time to turn off their phones, and completely immerse themselves in being creative. That is a powerful thing. The pandemic has compounded the need for that. Loads of people say that they feel good after a class. It’s like a yoga class. I feel like I’ve done something just for me.“

What are the plans for the future?

It sounded like Leeds drawing club is going from strength to strength.

Ellie: “We are expanding. We are starting by doing more experiential events. The first one is one Sunday and it’s called Glade. For the event, we are working with a botanical studio to create an installation. We are going to have 3 events. All of them will involve some botanical still life drawing aspects, but the people attending will all be able to sit inside too. We are also going to do daytime events. They will be still life rather than life drawing. We will use interesting props and will really make it an experience. We want to help people to take time out of their day. Then, in the longer term, we are going to do kids’ stuff, too.“

The core of Leeds Drawing Club, from day 1, is the Wednesday evening drawing club. Ellie told me about the sessions during our conversation, explaining that these run between 6:30 to 8:30 pm every week, and that they run out of Café 164 in Munro House in the City Centre. The sessions offer attendees an opportunity to do untutored life drawing with other interested people. I was fortunate enough to be able to get along to a session, with my boyfriend in tow, last week.

On arrival at the class, we were given our materials – lots of A3 sheets of paper and charcoals – and picked our spots. We opted to sit/ stand at the back of the space, with a good view of the model, and room to fidget. The session started promptly at 6:30pm, with two 10 minute poses, and a longer, 20 minute pose. My boyfriend had never been to a life drawing class before, but he took to it well – getting stuck in and trying it out. I enjoyed having the time away from my computer and being really present in the moment. Towards the end of the 20 minute pose, I was getting fidgety, and so when a coffee break was called, I was glad. After 10 minutes of chatting, sipping tea and eating Oreos, and a little bit of wandering around to see other people’s work, we were ready to get back to drawing. The session finished with a longer 45 minute pose, during which we all tried to draw a more detailed piece. I also went back over some of my earlier pieces.

Overall, we enjoyed the Wednesday evening session with Leeds Drawing Club. Whilst I need to work on my concentration levels – something that made it tricky to keep drawing throughout the whole session – I relished the opportunity to take time out from my usual activities and to work on my drawing skills. If others are keen to give drawing a go, I would recommend that this is the place to do it. Even if you are frightened to try it, get along to an untutored class and see what it is like. Then, if you enjoy it, you could book on to a tutored course and get to grips with the key skills. 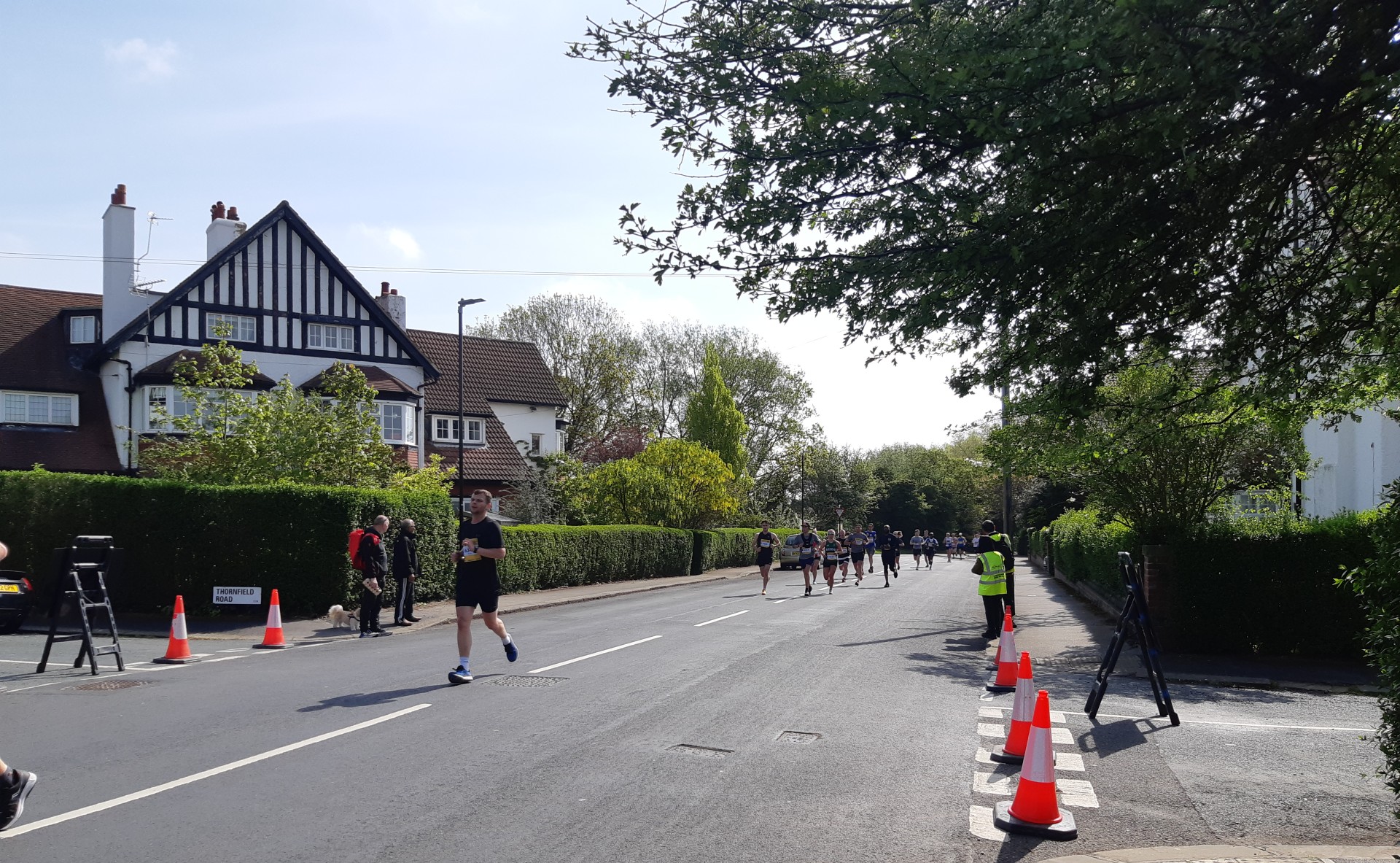