Jadek, imagine if‘s new production, will take the stage at various Yorkshire venues from 16 October until 4 December, including Slung Low Leeds on 17 November.

Writer Francesca Joy has created in Jadek (Polish for Grandfather) a semi-autobiographical story.  Francesca moved in with her 94 year old Polish grandfather when she was in her 20s, an unplanned event which impacted on both their lives.

Francesca said “Jadek is loosely based on my relationship with my Grandad, who is my absolute superhero.  Living with him changed the way I saw the arts and, ultimately, how I saw the world. When a child grows up in a family of violence, they experience the same brain patterns as a soldier at war. Me and my Grandad both grew up as soldiers. He taught me how to stand up for what I believe in.”

The play reveals that Jadek found a home in Yorkshire at the end of the Second World War, after spending six years fighting and surviving.  He enjoys whiskey, but not the ventilation in his front room.  ‘Every morning, he opens his eyes and a sorrowful ‘bloody hell’ escapes his lips as he realises he’s still blind.’

Tasha feels as though her life has been one of war, drinks too much beer, is trying to sell her children’s book to publishers in London and, after moving house over 30 times, she has found a home with her Grandad.

Mark Catley, Yorkshire’s BAFTA award winner, is working with Francesca as adviser. Mark’s credits include EastEnders, Casualty and Call the Midwife.  He said:  “Jadek is a beautiful story that starts small and ends up universal. The dialogue between Grandfather and Granddaughter is so entertaining you’ll want to move in, too. The revelations are breath-taking.”

Piotr Baumann plays Grandad, recently having played roofer Jan Lozinski on Coronation Street.  Francesca’s story resonates with him:  “I’m delighted to be working with Francesca and imagine if”.  Jadek reminds me of growing up with my father in Poland.”

Francesca continued:  “I’m absolutely chuffed to be able to tell a fraction of mine and my Grandad’s story.  It won’t all be real; you gotta keep some stuff for yourself and make up the bits in between. Jadek is for the broken ones, those who’ve fought wars, the blind, the Polish, the working class, the ones suffering in silence. This is for every single one of you. And, as always, this is for my old man, my Grandad, my Jadek.”

Jadek is audio described for those with visual impairments and imagine if is working extensively with blind/visually impaired communities and those with Polish heritage in each of the regions on the tour. 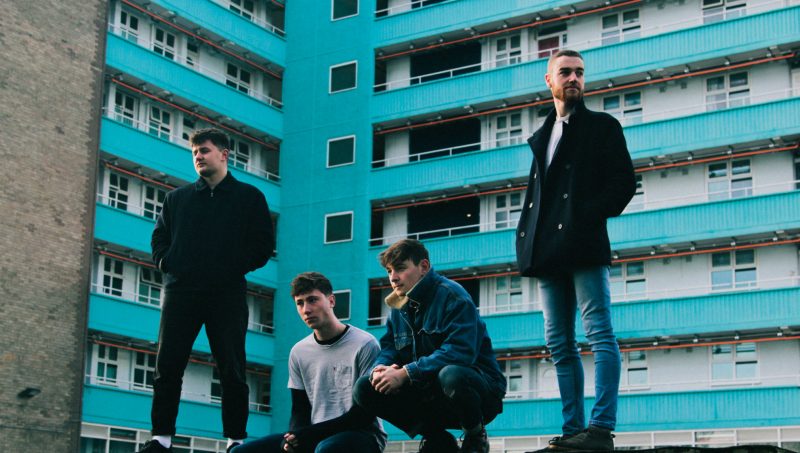