Ibérica: From Asturias to Leeds

Stepping out of a forgettably drizzly November Monday and into the warmth of East Parade’s Ibérica, we replaced darkened skies with an indulgent world of flavour, finery and intensely flowery wallpaper. And somehow, it all just worked.

Housed in grade II listed Hepper House – a former auction house with three floors and an impressive glass pavilion roof – Ibérica arrived on the Leeds gastronomical scene in 2015, and has since set about making a name for itself with tapas feasts fit for a Spanish queen.

We descended to the basement on arrival, enjoying a glass of Cava in Ibérica’s basement wine bar, La Bodega. There’s a selection of more than 70 carefully sourced Spanish wines on offer down there, where a towering wooden panelled bar is lit by low hanging bulbs, and high stools provide the perfect vantage point for sipping and nibbling on bites of ham, charcuterie and artisan cheese.

Climbing the stairs, we passed through the restaurant’s expansive main dining room, and found ourselves sitting around a giant wooden table on the top floor. So commenced an authentic evening of Spanish cuisine, as we embarked upon seven tasting dishes – combining the delights of Ibérica’s seasonal menu with the talents of Michelin-starred executive chef, Nacho Manzano.

Having earned two Michelin stars for his family owned restaurant, Casa Marcial, in the mountains of Asturias, Nacho makes the perfect curator for this brand new seasonal menu. We kicked things off with grilled aubergine topped with honey and pine nuts, which came alongside a dish of hare croquettes and a glass of sweet-yet-savoury Fino sherry.

The focus of the menu was on pure flavours, allowing the quality of fresh produce – especially game – to shine on the palate. With the help of a smiling chef-come-translator, Nacho told us about the quality of English game, and his endeavour to let ripe, autumnal flavours stand out in his menu. 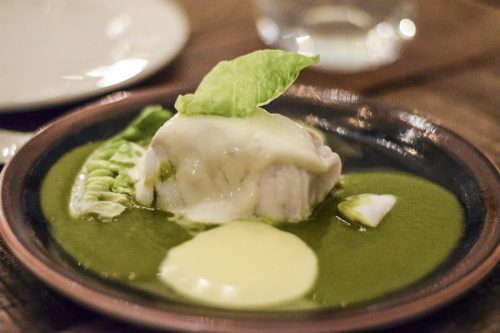 Next up was a meaty chunk of hake, served with hollandaise sauce and something by the mysterious name of ‘salad juice’, which we soon discovered to be a surprisingly delicious concoction of strained lettuce leaves and fish stock. With it, we enjoyed Cider Riestra semi-seca, a fizzy, golden cider with a pleasant dry undertone. ‘Because cider is like religion in Spain’, explained our sommelier with a smile.

Our fourth and fifth dishes arrived in the form of a pan fried half-quail with mushroom sauce and pickled cranberries, followed by mallard duck breast with beetroot served four ways. The gamey flavours of each meat were subtle yet strong, brought out by sweeter, acidic tastes on the plate. A generous helping of Licis Mencia DO Ribera Sacra 2013 sloshed into our glasses, presenting a softly tannic backdrop for each mouthful.

The final savoury dish was a hearty plate of venison loin, which came with a rich aioli and Jerusalem artichoke to lift the dish with a gentle savouriness. It was a wintery, comforting end to the main part of our meal, with melt-in-the-mouth meat served rare enough to make it light as a feather. The herbaceous, tobacco-ey flavours of the Chivite Reserva Tempranillo DO Navarra 2011 that came with it weren’t so bad either. 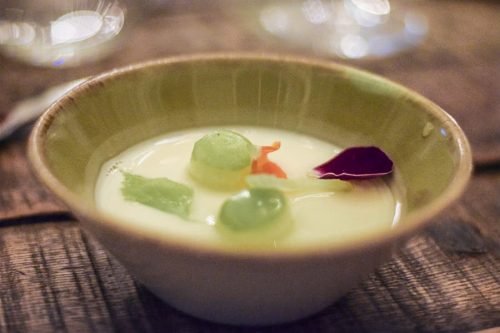 Despite having been dubious about the sound of our celery pannacotta dessert, what arrived was a beautifully creamy bowl of loveliness, laced with delicate fruity flavours thanks to an apple gel covering the whole thing. All that sweetness was accompanied by a pink-tinged glass of Diamantes des hielo, a cider with a slight tomatoey aroma and a bursting sugary taste that exploded on the tongue.

By the time we stepped back onto the Christmas-tinged streets of Leeds that evening, the fact that it was a November Monday had completely escaped us. Nacho Manzano has certainly triumphed at Ibérica, with his inspired dishes that pack a punch on flavour, texture and simplicity. Being transported to the ambient warmth of southern Spain as you eat is just an added bonus. 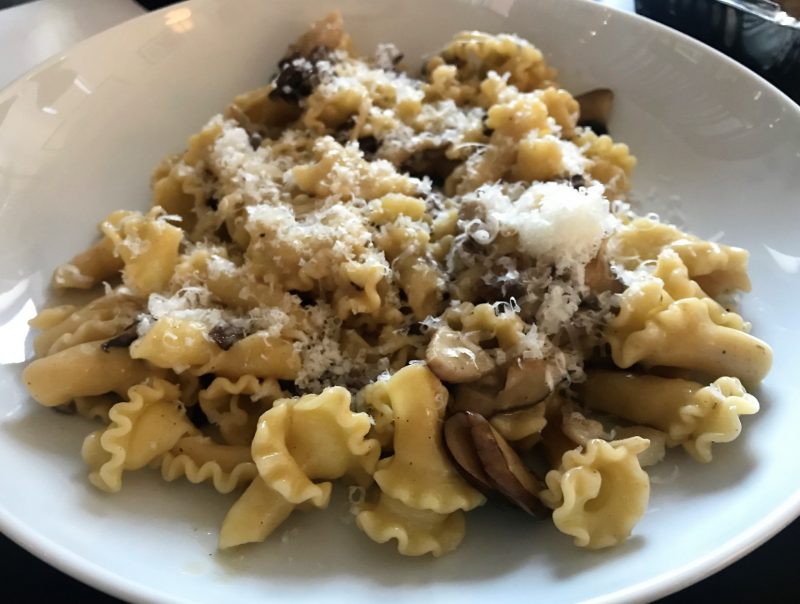