‘Food is all about happiness’ – Nacho Manzano on Ibérica’s new seasonal menu.

Every now and then, you eat a meal that takes you on a journey, a meal where each flavour, texture and combination transports your senses to a world of invention and possibility. It only happens every once in a while, but when it does – you know you’ve found something special.

That’s the feeling that comes life as you sample Ibérica’s new menu – an experience that takes you straight to the mountains of Asturias, the Spanish heartland of Nacho Manzano, the restaurant’s two Michelin-starred executive chef. 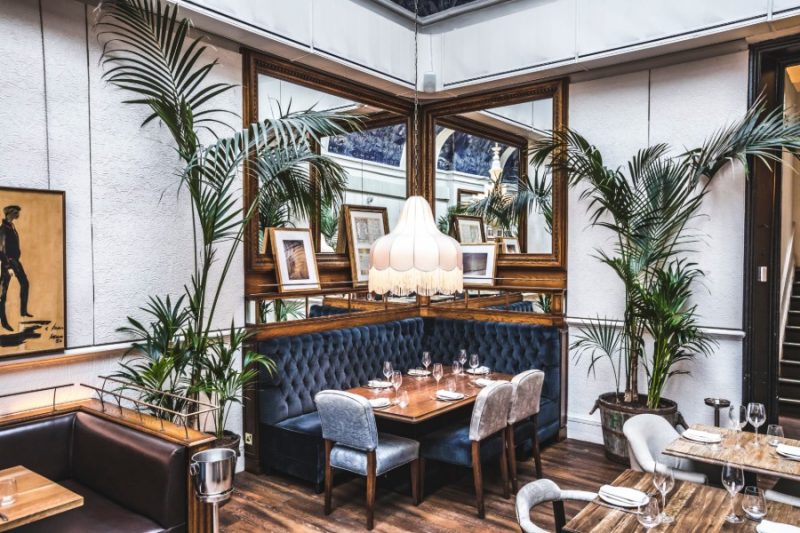 “We are very excited with the new menu,” he tells me. “We look for a balance, combining Spanish classic dishes with others that are a lot funkier, to add a twist.” He’s right. The menu is replete with a sense of adventure, and as you sit in Ibérica’s sumptuously high-ceilinged interior to peruse, it’s hard not to feel charmed by its mix of favourites and fusion.

One of the restaurant’s many specialities lies in its quality cured meat and cheese. Order a deli board and they’ll serve you a platter of air cured beef, chorizo and Andoya pork, alongside a selection of creamy, earthy cheeses to excite your taste buds. 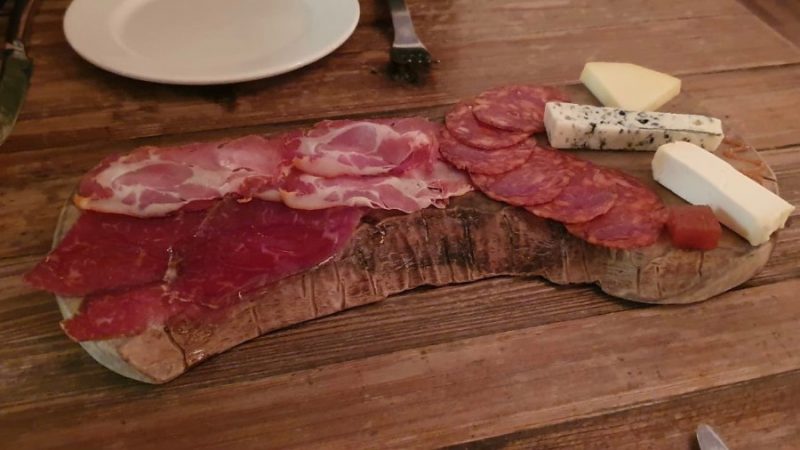 “My cuisine is all about roots, respect and tradition,” says Nacho. “It’s about the importance of products and recipes, and also about being creative to bring those products further.”

Moving on to explore the main section of Ibérica’s menu sees that signature creative flair crying out to be sampled. Some of the newest and most exciting dishes include roasted aubergine filled with Tres Oscos cheese, a salad of marinated seasonal vegetables, a whole Cabra redfish served in crispy batter, an open omelette with confit cod, and a 28-day aged ribeye steak. 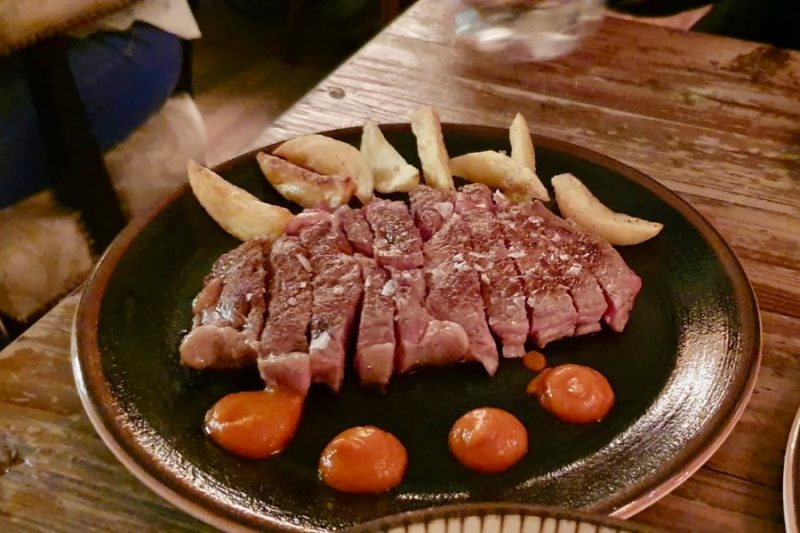 The aubergine is juicy and sweet, the vegetable fresh, inventive and palate-cleansing. The Cabra opens up a whole new eating experience, with diners encouraged to dive in hands-first to forage for mouthfuls of succulent fish. The omelette offers a soft, salty spiciness, and ribeye is one of the finest – order it rare for bite-after-bite tenderness, as you dip into spicy asadillo. 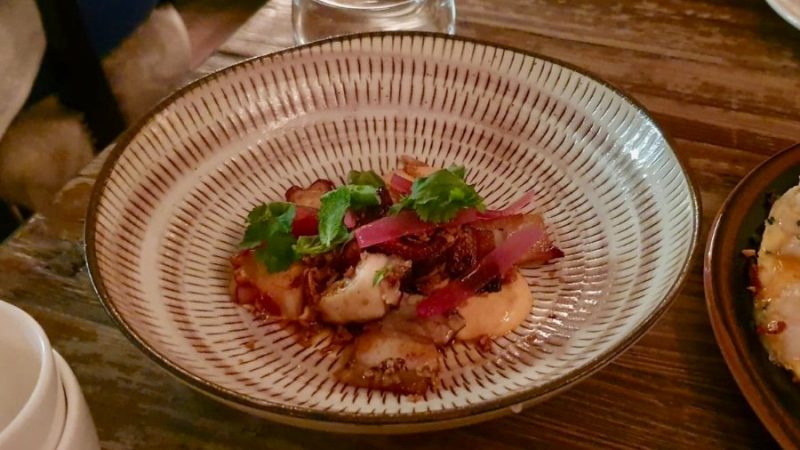 One of Nacho’s personal favourites comes in the form of octopus and papada, an innovative dish that combines meaty, pan-fried octopus with confit pork, chipotle mayonnaise and fresh herbs.

“It’s a really nice surf and turf, with smoky flavours and herbs to make it mellow in the mouth,” says Nacho. Are there any other dishes he’s particularly proud of? “The hare croquettes – a dish that combines traditional English products with a Spanish classic dish – it’s the best of both worlds with a very seasonal taste.”

Nacho’s career in cooking has been a lifelong passion – something that translates easily as you make your way through the flavour and fire of Ibérica’s dishes. 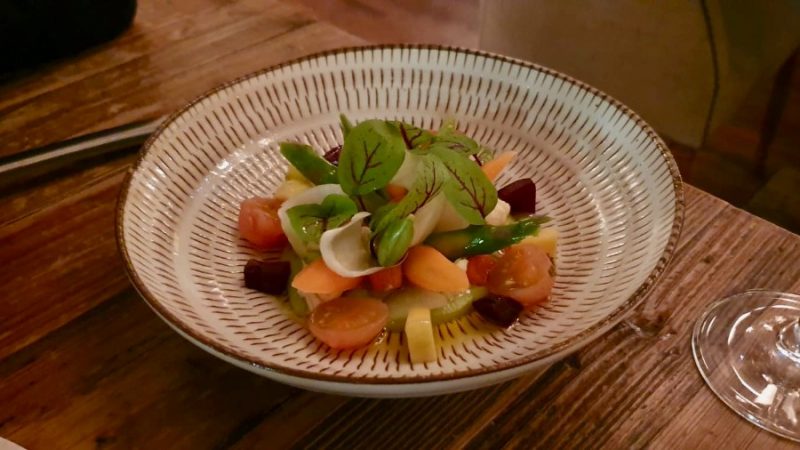 “I always knew I wanted to be a chef,” he tells me. “When I was fourteen, I decided to move to the city and train as a cook. I was there for many years until I felt ready to open my own restaurant, Casa Marcial, in a very little town in the mountains of Arriondas in Asturias.” From there, the now two Michelin-starred chef has enjoyed critical acclaim, with satisfied clients and motivated staff surrounding him at every turn.

“What I love most about cooking is the link it generates with the people who eat your food. The sensation of watching them leave happy and seeing that they had a great experience is the most rewarding thing of all. Food is all about happiness.” 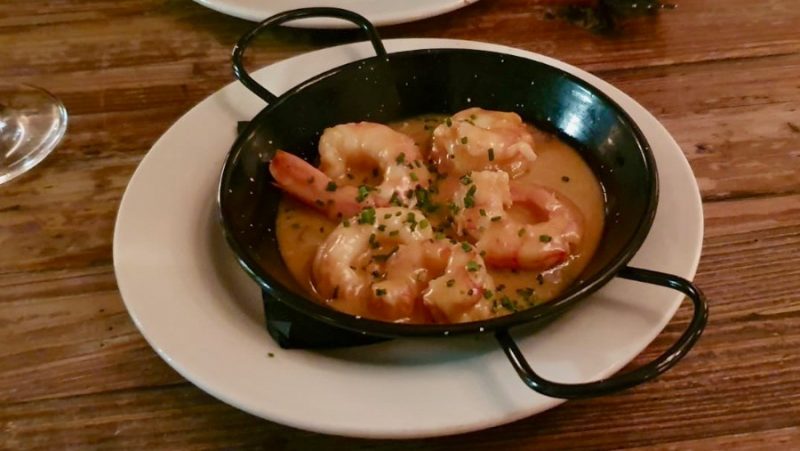 The menu’s traditional dishes are no less reflective of Nacho’s gastronomic skill and imaginative approach. Whether it’s sweet, smoky gambas, classic tortilla, good old patatas bravas or his grandmother’s very own serrano ham croquetas, before you know it, you’ll be amid the breath-taking mountains of Asturias, red-topped villas sprawling before you and Spanish sunshine beating down on your shoulders. We can dream, right? 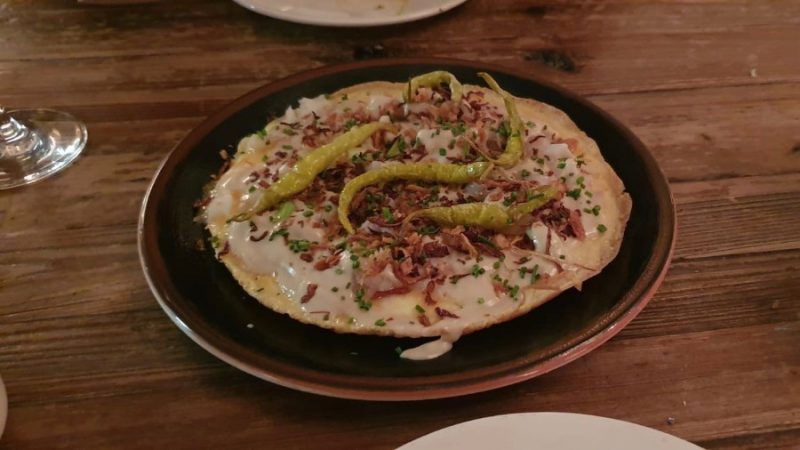 If your sweet tooth is whispering to you after all that tapas goodness, there are plenty more treats to enjoy. Think piping hot churros with thick melted chocolate, caramelised rice pudding straight from Nacho’s first restaurant, or rich cheesecake served with raspberry sorbet and quince.

“We want to bring people to a place that feels like home – where they can enjoy the true flavours of cooking,” says Nacho, emphasising the importance he places both on generating an emotional connection with food, and using flavour to evoke a powerful sense of place. 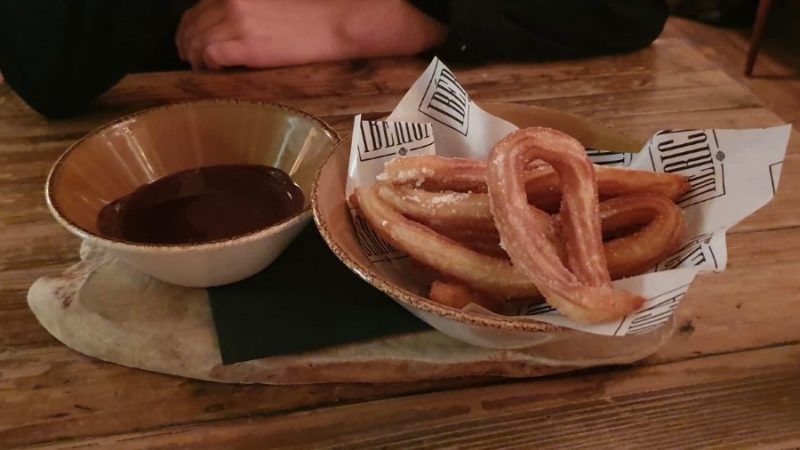 “I am part of a generation of chefs lucky enough to live in the most important Spanish food revolution,” he says. It certainly feels like it. Tapas at Ibérica takes the dining experience to another level. Forget tired mounds of meatballs and potatoes you never quite get enough of – this is inspired, exciting and gastronomic at every turn.

Now, with big changes on the horizon in the form of plans for a more vegan and vegetarian-focused approach in 2020, the restaurant is once again demonstrating its agility in moving with the times and innovating for the future. Watch this space. 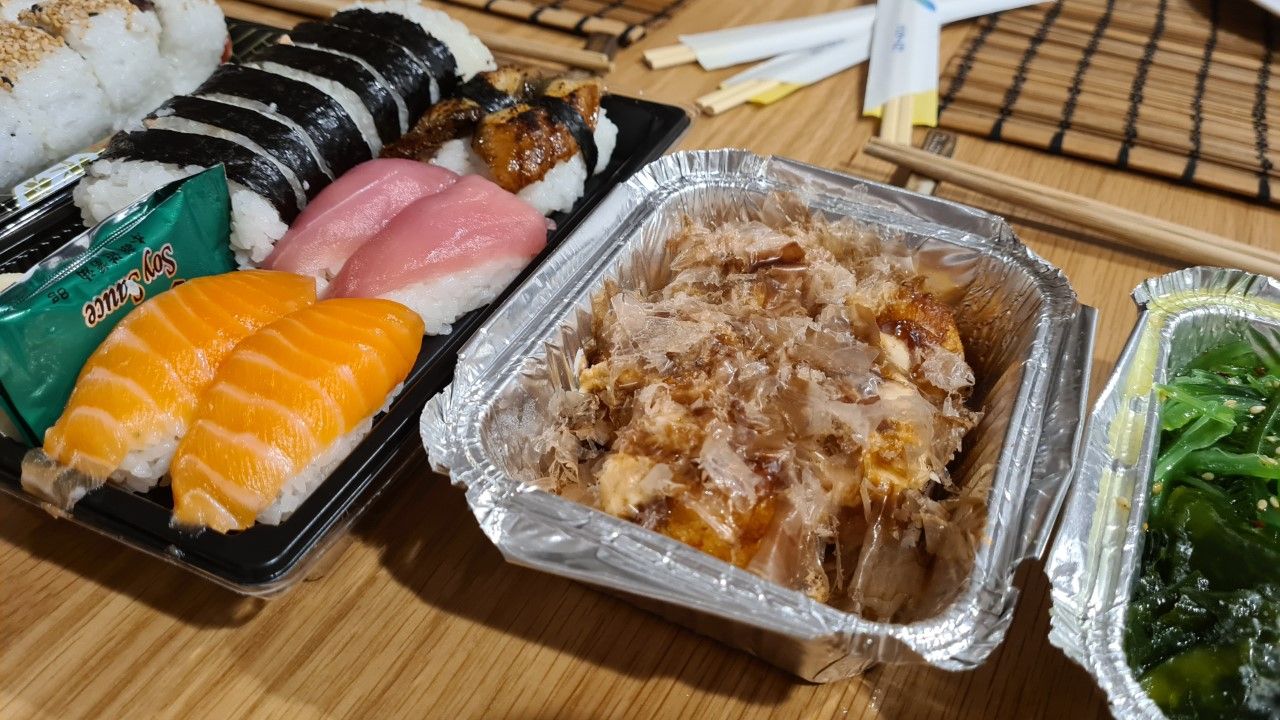 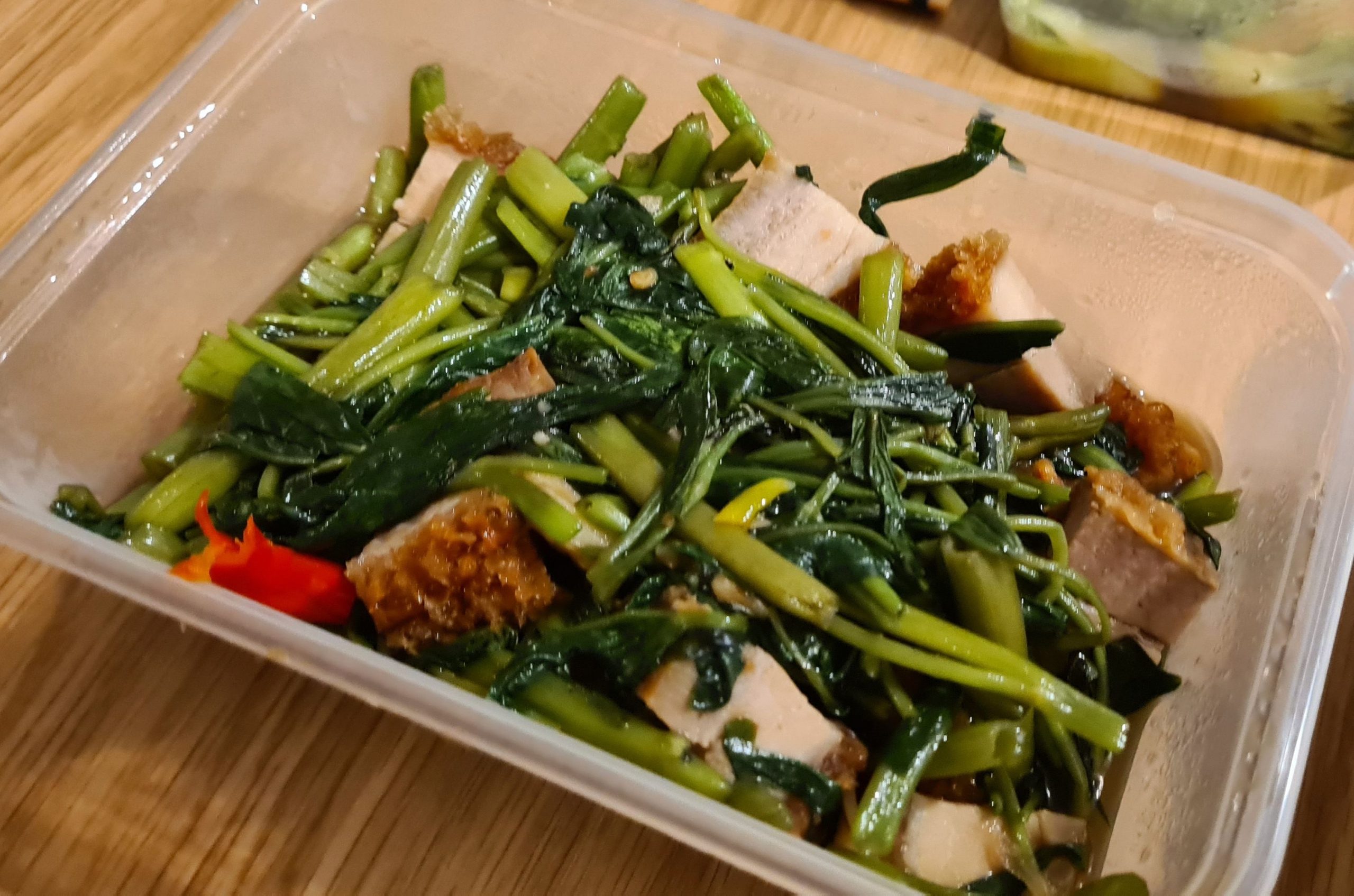 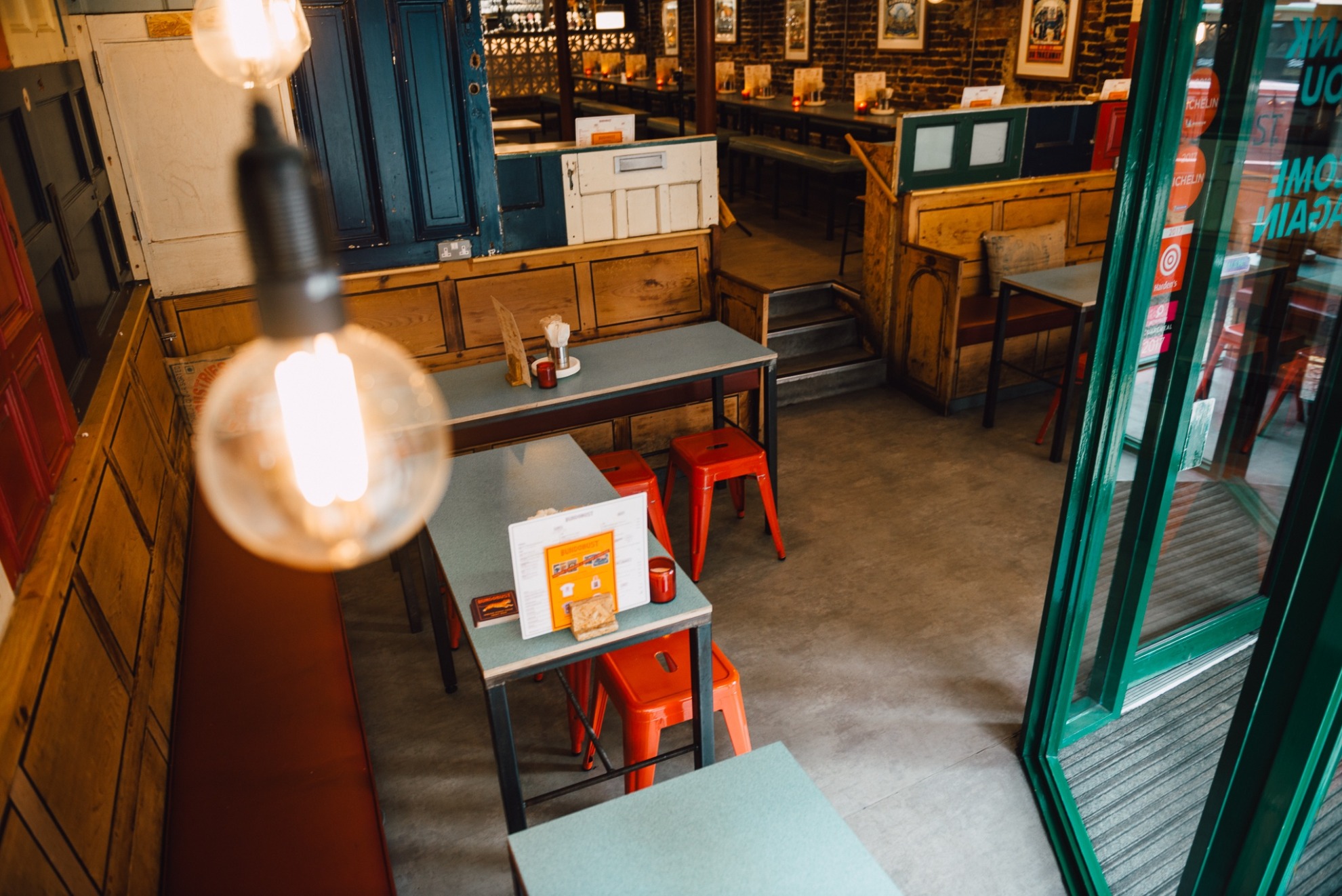