A family business started 20 years ago in a Bradford side street, Prashad has grown to become the only two-star AA and Michelin bib gourmand Indian restaurant in Yorkshire. Today, it’s run by Bobby Patel, who took over the kitchen from his parents back in 2004, and has been running things ever since with his Head Chef wife, Minal.

At The Tetley, we sit down to enjoy five courses of carefully designed, beautifully delivered cuisine – testament to the true legacy created by Drighlington’s jewel. After a spicy amuse bouche, the first course arrives in the form of a lentil doughball bathing in earthy broth, with a delicately rolled puri on the side for good measure. Despite the unexpected February heatwave, a fiery veggie broth mopped up with pancake-like pastry is just what the doctor ordered.

Next up, it’s Prashad’s take on the classic onion bhaji, with the aforementioned savoury snack served three ways: a ‘patra’-style rainbow chard roll-up bhaji, a dill-infused fluffy ball bhaji, and a saucy spinach bhaji, adding just the right level of juiciness to the dish.

What follows is a collection of three tiny semolina puris, filled with classic, tangy, crunchy chaat. We’re firmly instructed that the only way to consume these delights is by stuffing the whole thing in one mouthful, and we’re not disappointed by the flavour explosion that follows: sweet, yogurty, spicy, crispy – the perfect evolution of an Indian classic.

Three courses down, it’s hard to believe that tonight’s ‘main’ is only just gracing our placemats. Not ones to go halves on portions – or flavour, or welcoming spirit for that matter – Minal and Bobby’s plates are generously yet thoughtfully filled each time. Our fourth dish arrives in the form of paneer, aubergine and rice, accompanied by a pile of soft thepla – traditional Gujarati fenugreek-peppered flatbreads.

As with all of Prashad’s dishes, Bobby has a story for this one, telling us how the recipe traditionally includes peanuts, but that his father decided to leave them out in the name of allergy safety. Today – two decades later – the restaurant’s philosophy remains unchanged, always considerate of allergies, allowing diners to order with confidence wherever possible. All the major allergens are listed on the menu, so you’re clear from the word go what contains what, what doesn’t contain what, and who to ask if you’re not sure. It’s nothing short of refreshing.

As more drinks arrive from The Tetley’s ever-well-stocked bar, our pudding materialises in a colourful fusion of flowers, sugary and pastry. Two googras – sweet, coconut-stuffed dumplings – sit on top of tangy fruit jam and a smear of spiced custard. After thinking another bite was impossible one minute, the next I’m using the final morsel of coconutty dumpling to mop up the last bit of custard from the plate – and not sure how any of it happened.

It might have been a one-off at The Tetley, but this won’t be the last you’ll hear of Prashad – the restaurant built on great stories and incredible spices. Tonight marked a feat of imagination and standard-setting for food that puts flavour and friendship above all else. It was an absolute pleasure.

The flagship Prashad restaurant can be found on Whitehall Road in Drighlington, but look out for more city centre events in the pipeline soon. Follow them on Twitter, and make sure you check out The Tetley next time you’re exploring central Leeds.

Photographs by Kluens for Chapter 81. 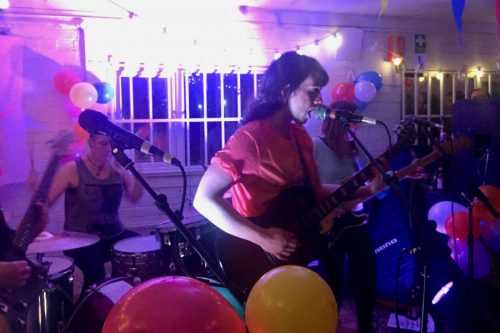 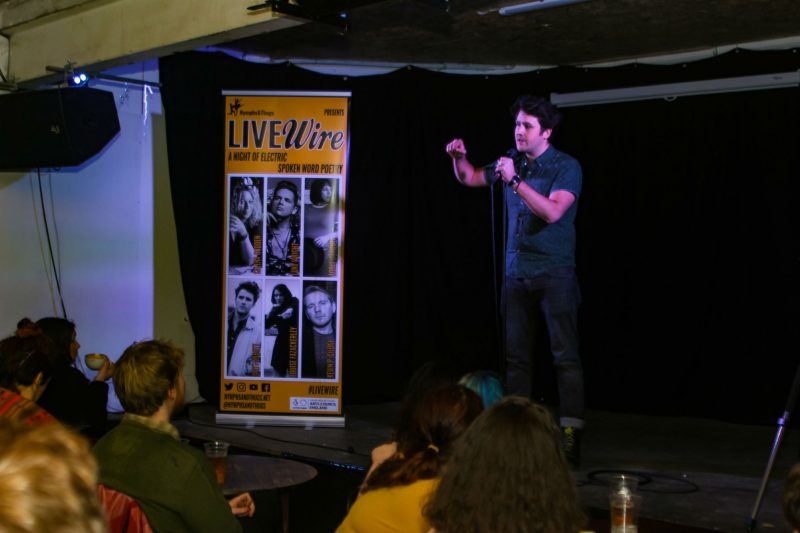