In Conversation With James Tabor

The line rang out and I immediately let out a small, knowing laugh as I was met with assertive, yet jovial southern tones.

It was an appropriate opening gambit from Essex-born James Tabor, really, considering we’d been trying – and failing miserably – to each pinpoint a moment in a hectic November in which we could have a natter about his offbeat street food venture, Slap & Pickle, which was only days away from landing in Leeds for the long-haul.

It was really me and it was really him and as Zoe Perrett, his partner in life, crime and business, poured him a G&T in the background we got down to it. There were a million questions I wanted to ask about the business, brand and bigger picture but that all begins with the boy from dahn sahff who went forth and conquered.

Who is James Tabor, exactly? A guy who grew up in the Essex countryside and spent many a year in London, building a brand with his Pal Eddie, journeying oop north and back down south again with big dreams and big burgers in his sights.

“I’ve actually done street food for years,” he told me, “and I’ve been coming up here on and off since 2014 when Trinity Kitchen came onto the scene. I was one of the first traders there with my previous hot dog brand, Dogtown.”

James spoke with unflinching confidence, so his background in street food hardly came as a surprise to me, but what I really enjoyed was hearing his take on the City I know and love. I was especially keen to know what brought Slap & Pickle to Leeds in the first instance:

“It’s got all the culture you need in the world here in Leeds,” he pointed out somewhat affectionately “The food and drink culture is cool, there’s a massive student population, financially it’s viable and twenty minutes up the road there’s the Yorkshire Dales, mate. What’s not to like? Northern folk don’t suffer fools gladly but welcome you with open arms. I like that.”

And I liked him. He struck me as the kind of man who also takes no nonsense.

In November 2017, almost a year to the day in fact, James set down his roots in Leeds for good.

I’d spied (and fallen a little bit in love with) the Slap & Pickle aesthetic during its original stint within Trinity Kitchen but I needed to delve beyond that. If you’re not in the know, think one long brightly coloured Vacay in Hawaii, complete with neon pink inflatable flamingos and a drool-inducing menu with a fair meat and vegan split.

“Ah, Slap & Pickle,” James said, speaking with a true fondness of the business he now runs with his love, Zoe. “It’s the burger version of Dogtown. Most places you know will offer a 6oz patty. We split that patty into two, slap ‘em down on the grill, press ‘em down with a burger smasher, which instantly caramelises them and locks in all the juices and all the flavour. In short, it’s an amazing method.”

“We wanted to make things interesting and Zoe came up with the most incredible stuff all summer long when we worked places like Chow Down and Eat North… Utterly bonkers concoctions, including fries themed on the countries playing in The World Cup.”

I’m nosey and I like a good portion of loaded fries so I, of course, had to ask about their bestseller.

Well. That puts cheesy chips to shame, doesn’t it?

Truth be told, I could have talked food forever, but James was explicitly clear on the direction of their brand. Yes, the fries would continue to excite and intrigue, thanks to Zoe’s creative flair, and their brand may well scream eternal holiday vibes, but his burgers are serious business.

“I’ve gone through twelve combinations of great Yorkshire meat to find the right mix, and mate, it’s mind-blowing; a real religious experience,” James joked, “I just really want other people to like it as much as I do, otherwise I’m going to be eighty-seven stone!”

It was evident that James believed he was taking a risk, pinning all his juicy street food dreams on a location I wasn’t even familiar with – they’re situated in the basement of Assembly (formerly Carpe Diem) – a site James describes as ‘beautiful, big and full of opportunity.’

It’s a good job he feels this way about his new home, because aside from his own Slap & Pickle, super busy James has taken on the responsibility of General Manager for Assembly as well as the overseeing of the coffee shop situated inside.

My head was spinning for him as I asked what we could expect from the venue itself – five permanent street food vendors with one on rotation to keep things spicy, a bar run by Vocation Brewery  serving the UK’s most beers on tap, a coffee shop and an offering from the Prohibition era by way of the increasingly popular speakeasy.

“I really believe a street food feast is the future,” James explained earnestly. “Think of them as mini kitchens, restaurants in their own right, even, selling good food at affordable prices. You can go there on a date and never be stuck for conversation because there’s so much going on. Mates can go along and chat and share…it’s a real democratic way of dining and I’m excited for Leeds because this is one of a kind.”

Sold. I was. During the length of our chat I was truly in awe of this man’s work ethic and unfaltering passion for what he was trying to create without so much as a smattering of ego.

Tabor is many things: a determined businessman, a father, a partner, but also a survivor and willing advocate for those who have ever suffered at the merciless hands of poor mental health Thankfully, he was not ashamed to talk of his own struggles with mental illness and outline his plans to merge business and self care, thus creating a real, unique space with Assembly.

“Mental health, you know, it’s health essentially and everyone in the western world has been or will be affected by an element of problematic mental health. Anxiety, stress, bereavement; we all go through it and therefore could benefit from gaining knowledge about the simple, uncomplicated steps we can all take to help ourselves, the little things that mean a lot.”

And I understood, I truly did. James touched on his own experiences with rehabilitation and situations in his past that he’d fought hard to overcome. My heart ached, for I, too, have had my own journey to contend with.

“I’m interested in collaborating with the right people, making practical changes to people’s lives,” he told me wholeheartedly. “Firstly we are a business, but we have this incredible space that we can also utilise to give back to people.”

“I love that,” I told him, wishing someone had created a way to bear hug a person over the phone.

“I’m not sure what we’ll do yet; whether that be letting people draw on the walls, inviting people in to learn about self-care, running mindfulness sessions…I just want to do something.

I want that basement to be known as much as a place where good things happen as it is a place you can come to get decent food and drink.”

Needless to say, I truly cannot wait to visit Assembly, try out a Slap & Pickle special and watch some good unfold.

Feature photograph of James and Zoe by Alice Griffiths.

The Leeds Living Team wishes James and Zoe huge success on their opening day on 26 November, and every day.

If there's a place worth venturing and a story worth capturing, Terri Bailey will tell the tale. She tells us her passion has, and always will be, found in expression through words and photography. 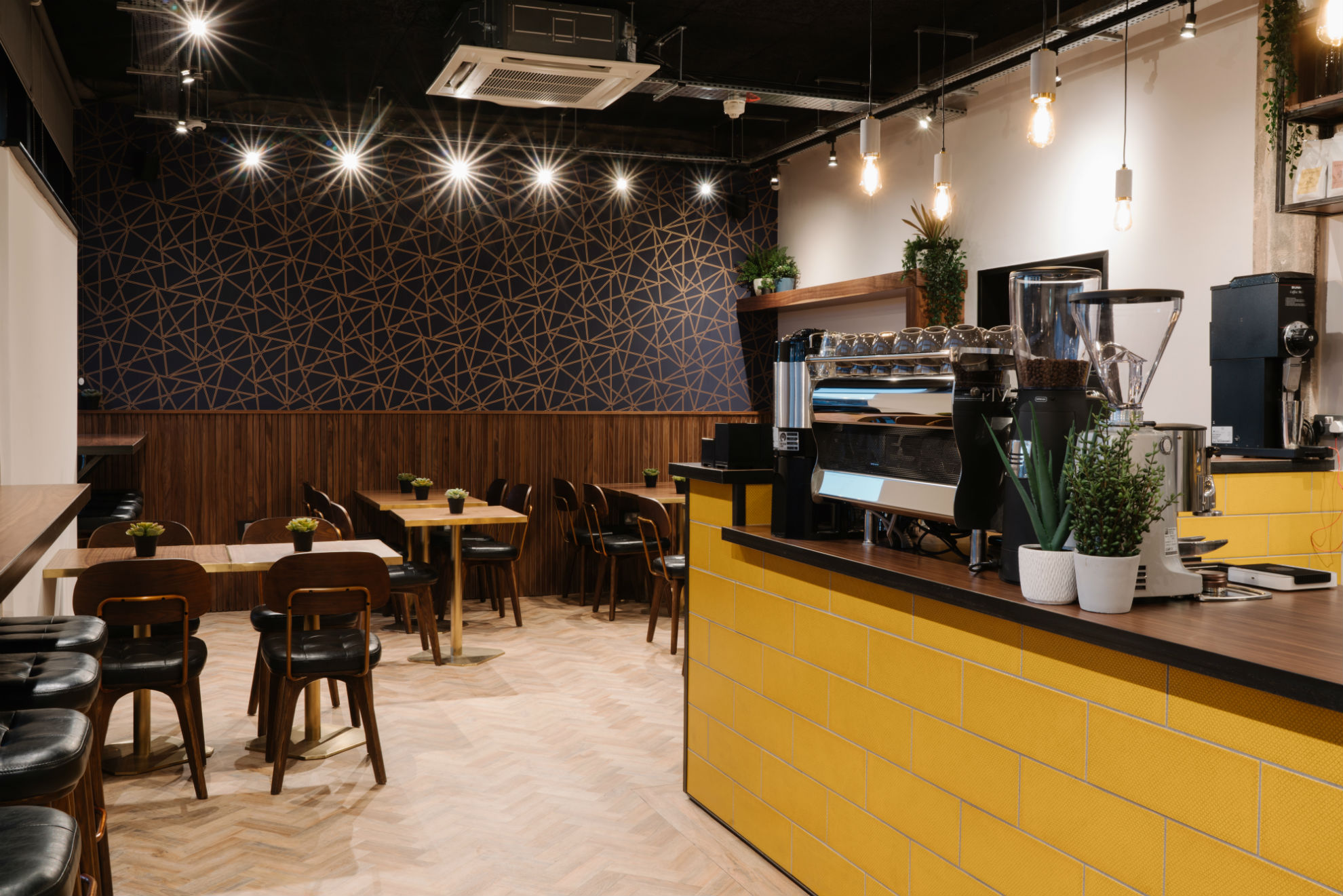 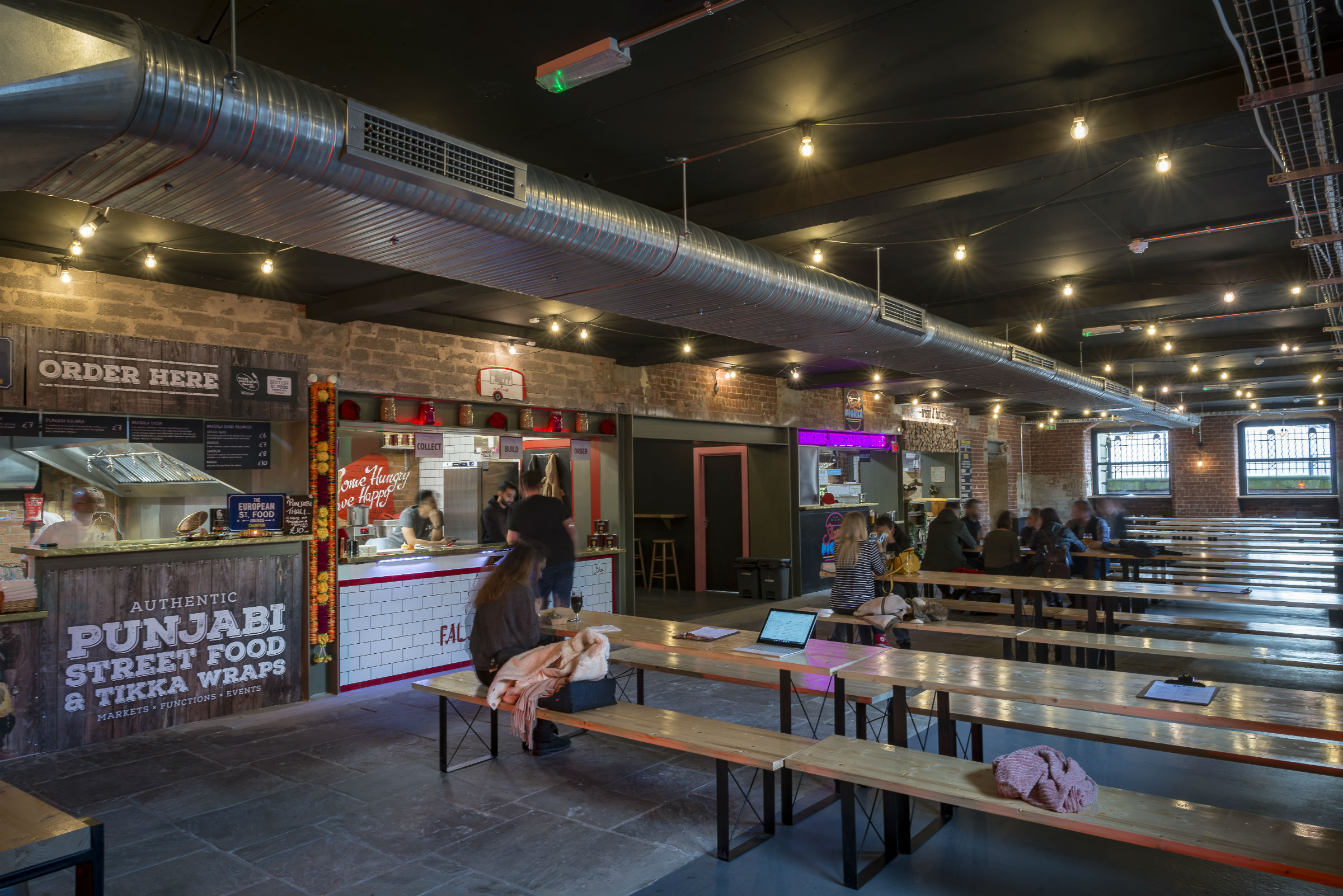 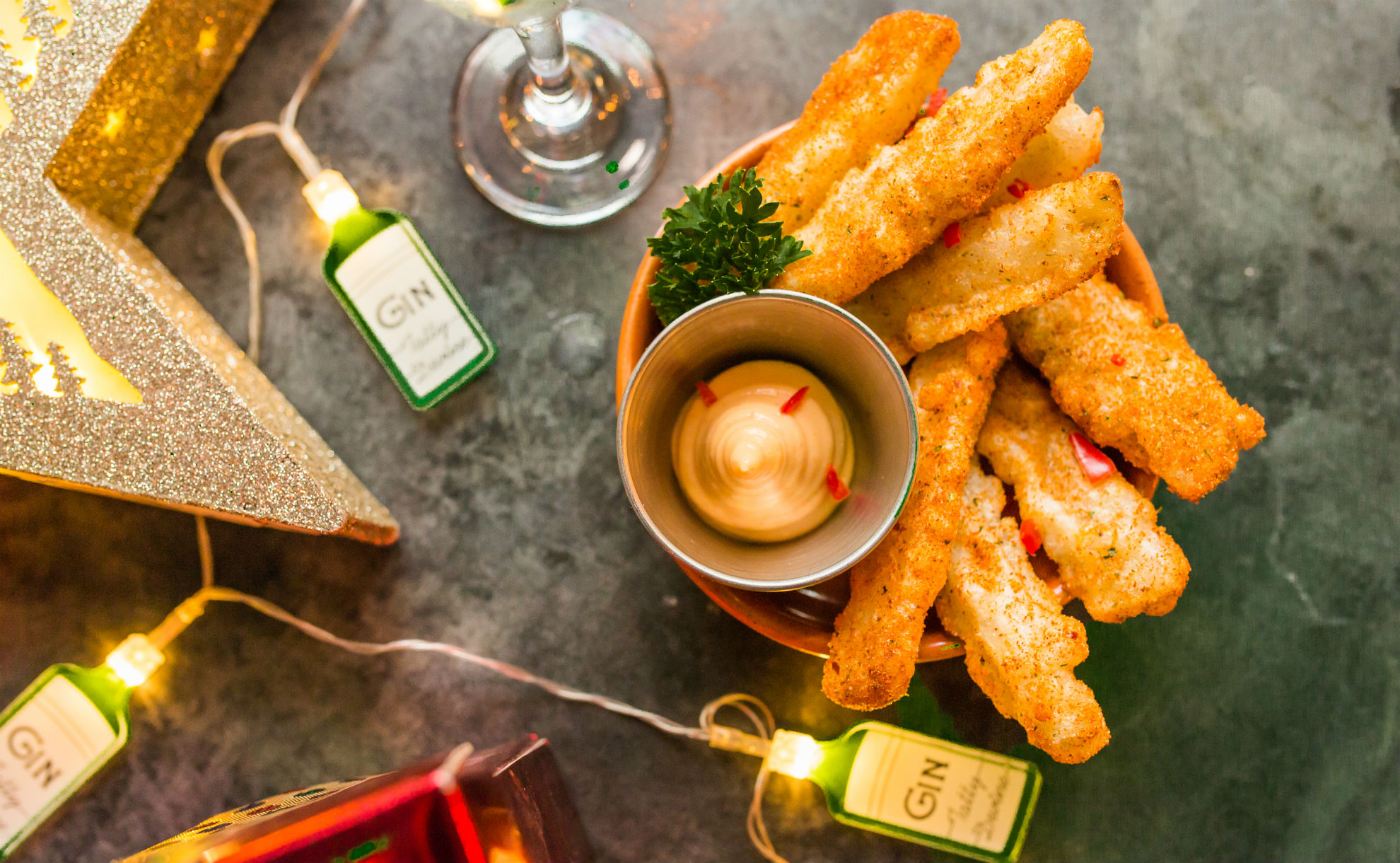