Berlin To Broadway with Kurt Weill – At City Varieties

This look at the life and works of Kurt Weill is fascinating, toe-tapping and truly enriching.

This evening’s proceeding is a co-production between Opera North, West Yorkshire Playhouse, and the City Varieties—an omnivorous combination of theatrical types which I am sure would have met with Weill’s approbation—and is directed by the esteemed Giles Havergal, now in his 81st year. The production gathers together ten very fine singers from the Chorus of Opera North—five female, five male—who sing the songs and, amongst them, present snippets of Weill’s fascinating life and career, sometimes via acting, sometimes via direct address to the audience.

They are accompanied by the excellent—and seemingly endlessly talented—Martin Pickard. The cast wear evocative 1920s clothing for the first half, which concerns Weill’s life and work in early twentieth-century Berlin. The second half concerns itself with his life and work in New York, hence ‘Broadway’, and the clothing becomes more that of the 30s–50s. The opulent 1920s are not quite evoked by the seemingly budget costumes, but it is clear that this production works with a much smaller budget—being limited to one performance in a small theatre—than Opera North’s usual, and this limitation did not really affect the performance.

The production was slightly more damagingly affected by some slightly wooden and indeed almost pantomime acting, which occasionally caused a cringe or two. Strangely, the acting seemed completely convincing during the songs (which, being originally written for musical-operas were therefore very dramatic), and it was only during the spoken portions, when each singer would shout out some little fact to do with Weill (or some fiction or rumour), changing sentence by sentence, as one might see in a children’s primary school play, that this woodenness came across. This was only made worse when one singer, whose excellence made him otherwise beyond criticism, mispronounced “economy of Germany” as “ecomomy of Germany”, and this was then made more egregious when later another singer took her cue a sentence too soon, and talked over the exposition of one of her cast-mates. Was this down to too little rehearsal? It is hard to say.  Fortunately, the joy of the evening was not badly impaired by these hiccoughs, which all occurred in the first half. 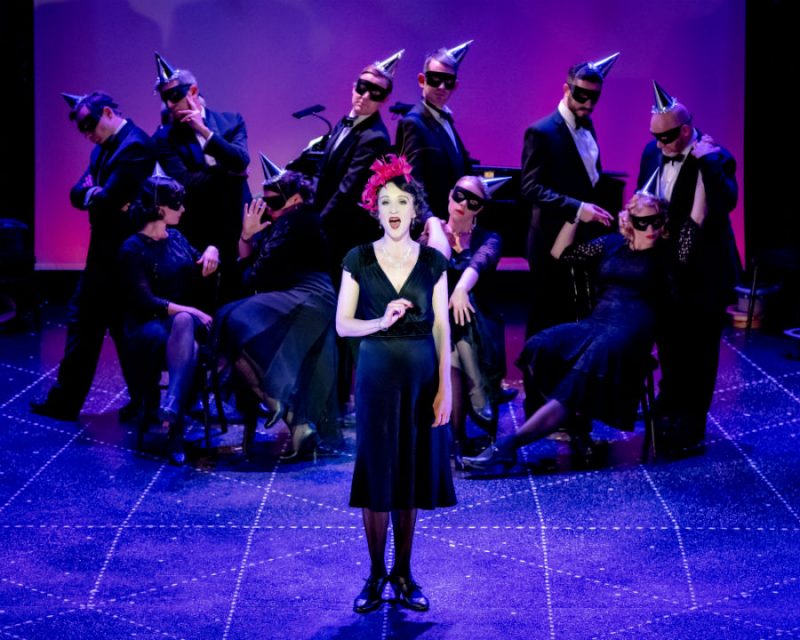 Indeed, the second half was, as far as I could tell, entirely without error—a truth much, to me, to be lamented, since the superior music and drama appeared in the first half. The highlight in this (the first) half must have been The Duet of the Cranes (or, Sieh jene Kraniche), the only song in German, and by far the best song of the night. On the subject of the evening’s highlights, I must also mention such stand-out songs as Surabaya Johnny, and the Alabama Song made famous among many by The Doors’ cover—all those years ago! Still, although all my favourites were in the first half, which concerned a darker, more sinister, and more dramatic imaginative world of poverty, the false consolations of alcohol, domestic violence and other social ills which remain with us today. There is a troublingly dark humour in these songs which, for me, give more of a shudder than a laugh. But the audience must have been in happier spirits than I was, since these moments claimed real, if unenthusiastic, laughter. 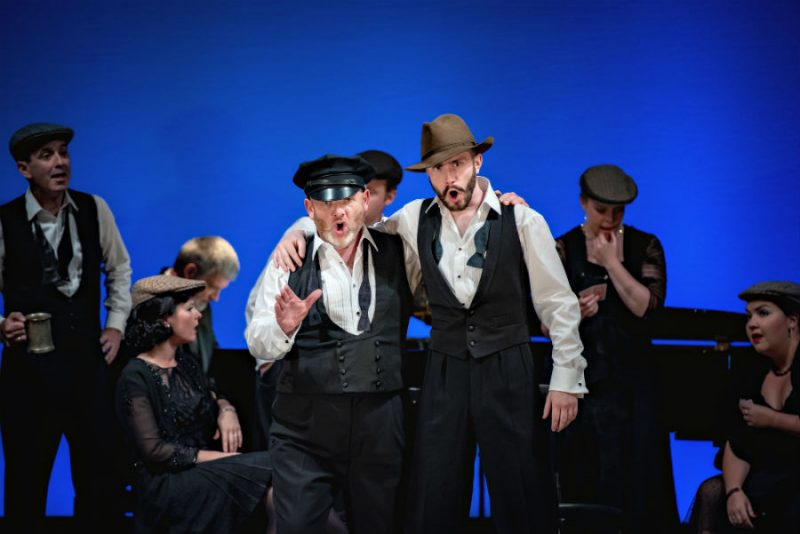 The second half staged songs from Weill’s Broadway years, and the first song—Ice Cream, an ode to the various unhealthy foods with which New York furnishes its citizens, and implicitly an ode to the diversity of nations which gives the diversity of foods. Here one of the singers does his best Italian-American: but again, I am not sure whether such an impression was too dated.

The songs are much, much better when they reflect a real humanity in the characters, as in September Song, or Speak Low (a beautiful duet), or when they meditate in unpretentious terms on some theological issue, as in Johnny’s Song. Weill was certainly well served by his lyricists, working with Brecht in Germany—although the latter’s strident communism was reportedly a little much for Weill—and such names as Ira Gershwin, Langston Hughes and Ogden Nash in his later American years. 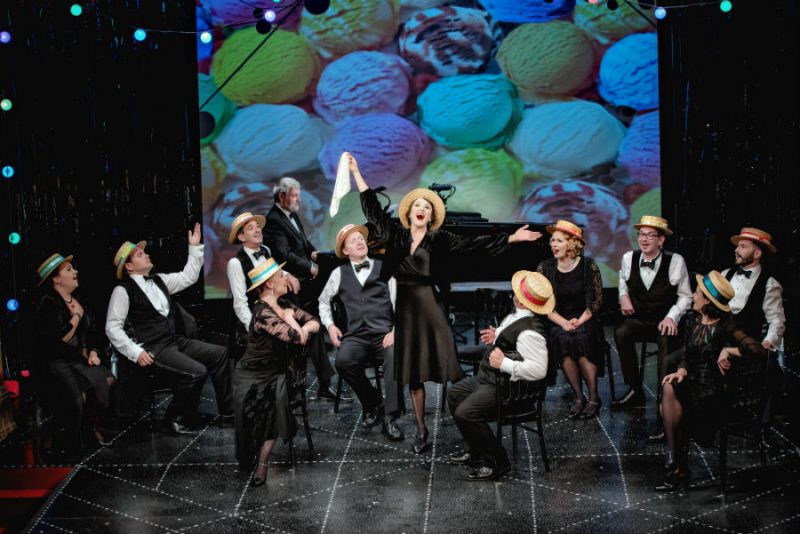 The stories from Weill’s life were always fascinating. He seems to have endured many trials from disaster productions, which gained laughs from the audience, but must not have been fun when they happened! Much more tragic was the racist attack he suffered in a newspaper during the era of the rising tide of Nazism: this is not properly German music, sneered the reviewer, but more Israelite. Weill later said that he did not consider himself a German composer, and adopted America wholeheartedly as his new home when he fled there. He had the excellent sense to move to Paris—where his work was well received—one month after the Reichstag, and the excellent sense to move once again to America. His music (with words by Brecht) was burnt in Berlin—his working city of many years—the month after that. In his American years, which lasted until his death in 1950, he gave up speaking German altogether—a tragedy, in this teutonophile’s opinion.

All in all, this was a rich and fascinating look at the work and life of Kurt Weill. In two hours, of course, one can only gain a quick sketch of such a hugely rich career as this musician had. But I left the City Varieties with a much greater understanding of and appreciation for Weill than that with which I had walked in! My hat goes off, Broadway style, to everyone involved—a lovely evening.