It’s a pleasure to be back reviewing an Opera North production, even if from a considerable distance and without the joy of being in the theatre. This Orfeo ed Euridice (or “Orpheus and Eurydice” as I think of it) was broadcast on BBC Radio 3 on Saturday night and has also been put on YouTube (with video of course).

The radio version is still accessible on “BBC Sounds”. I, however, prefer and would recommend the video version on YouTube. It begins with a few brief minutes of interviews with conductor and harpsichordist Laurence Cummings and leading actor/singer Paula Murrihy (who sings the part of Orfeo). This is followed by a full 90-minute performance, beautifully shot, and including many intriguing views of the performance, including behind-the-scenes views which aren’t usually accessible to a theatre audience.

On the YouTube recording, one can also access subtitles in English, which is good for following the plot if your Italian is a bit rusty. It is somewhat strange to see everyone performing without concert dress; but it’s no problem—as long as they wear something.

The audio on the recording is absolutely wonderful. Sometimes on these streamed concerts it can all sound a bit cold, but here—perhaps because of the collaboration with the BBC, who have been broadcasting a concert every night for who knows how many years—everything sounds warm and rich; a delight to listen to!

The music kicks off with a rousing Overture, which segues into a touching minor-key Chorus, sung, Wikipedia tells me(!), by nymphs and shepherds, in which Orfeo is consoled for the death of his Euridice (who later appears sung by Fflur Wyn).

Because the verbal text is very effusive and really just sounds one note (making it a perfect skeleton for Gluck’s musical flesh, as it were), the first act is largely devoted to elaborating on all this until Love, or Amore (charmingly played by Daisy Brown), tells Orfeo that Jove takes pity on him (Giove sente pietà) and that he will be permitted to go to the underworld to retrieve Euridice. So concludes act one.

Act two begins with lovely instrumental music for strings, a brief but charming harp solo, and then (as with act one) a chorus. But this time the chorus comprises not jovial nymphs and shepherds but rather furious furies, and their words to Orfeo are not encouraging! The music is appropriately tempestuous and the whole effect wonderfully dramatic. Again, we have a musically beautiful (if somewhat verbally turgid) dialogue between Orfeo and the Chorus.

Eventually, though, the Furies aren’t so bad and let Orfeo through, whereon the tempestuous music transitions beautifully into a serene musical landscape as he enters Elysium, whereon Orfeo sings the gorgeous aria Che puro l’aria (‘How pure the air!’). The act culminates in the revival or awakening of Euridice.

After a brief orchestral introduction, act three begins with a dialogue between Orfeo and Euridice. There is some good, subtle humour here, because Euridice is not thrilled by Orfeo’s ostensibly cold greeting of his wife. That’s understandable (‘to pass from death to such sorrow!’ she complains), but she doesn’t understand that this is part of the condition of his going to retrieve her from Hell. So she is getting stroppy with him. Meanwhile, he is focused solely on getting her out of the afterlife! It’s all good fun.

This is drawn out for quite some time and is not the most dramatic thing, but Gluck’s well-crafted music buoys it along. This is helped by the fact that there is some especially fine playing, especially from the strings, during this part. Anyway, it all gets messed up, Jove’s conditions are violated, and Euridice fades away, leading to some gorgeously tragic music, as well, at one point, as a striking dead silence.

However, this version of the tale, unlike its original in Ovid’s Metamorphoses, has a happy ending: who should return at this point but Amore? This cupidinous and delightful little character intervenes and allows Orfeo and Euridice to be reunited. It’s a textbook deus ex machina, reversing the entire drive of the plot in order to force a happy ending.

But this is not an opera one watches for the plot! Rather for Gluck’s musically beautiful realisation of a pretty bland text. And the triumphal music, with which this ends, with full chorus, orchestra, and soloists, is a great sonic ending to this magnificent piece of music.

In conclusion, a wonderful performance, beautifully presented—thoroughly recommended. Without noticing, I’d become somewhat opera-starved lately, and it was great, even at a distance, to feel that warmth and excitement again which Opera North have so often gifted me and others in the past. Finally, I ought to remind readers that Opera North’s home, Leeds Grand Theatre has been (or is being) renovated—it seems quite spectacularly—during this awful lockdown time, which should give everyone something to look forward to when we are back in theatres properly.

Thanks to everyone at Opera North for this great offering. I urge readers to go to the YouTube video of it, which at the time of writing has a mere 650 views! 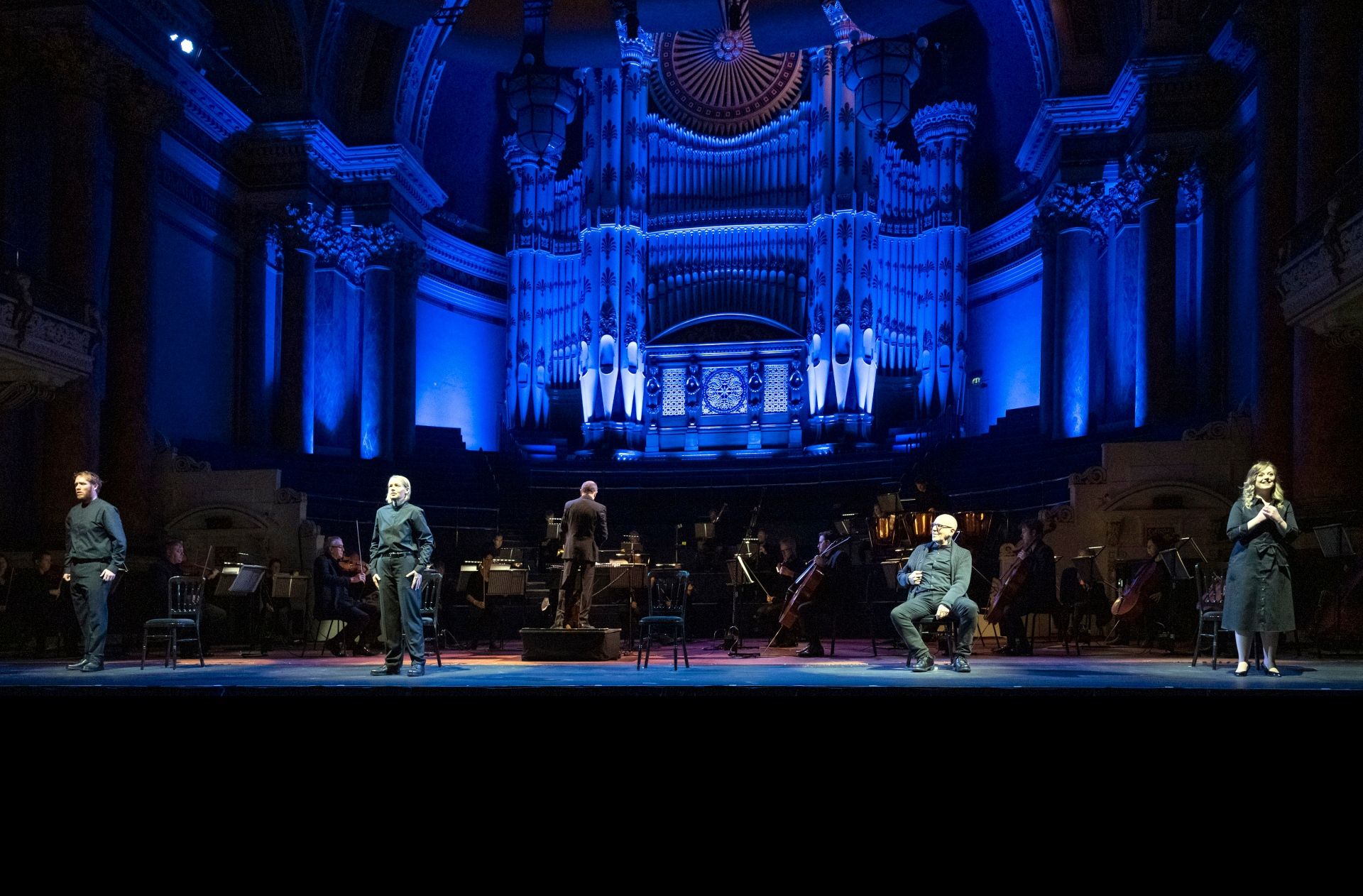 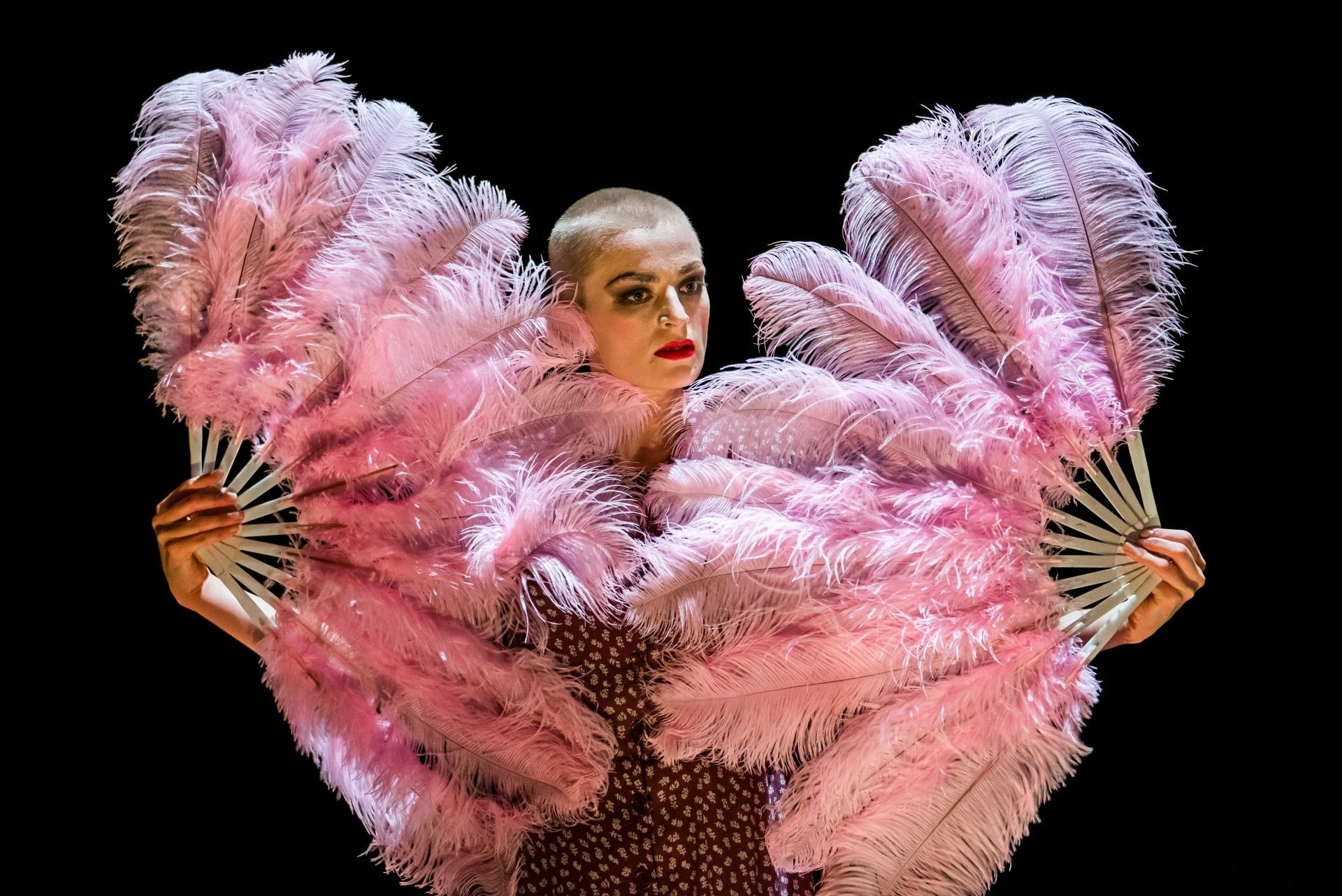 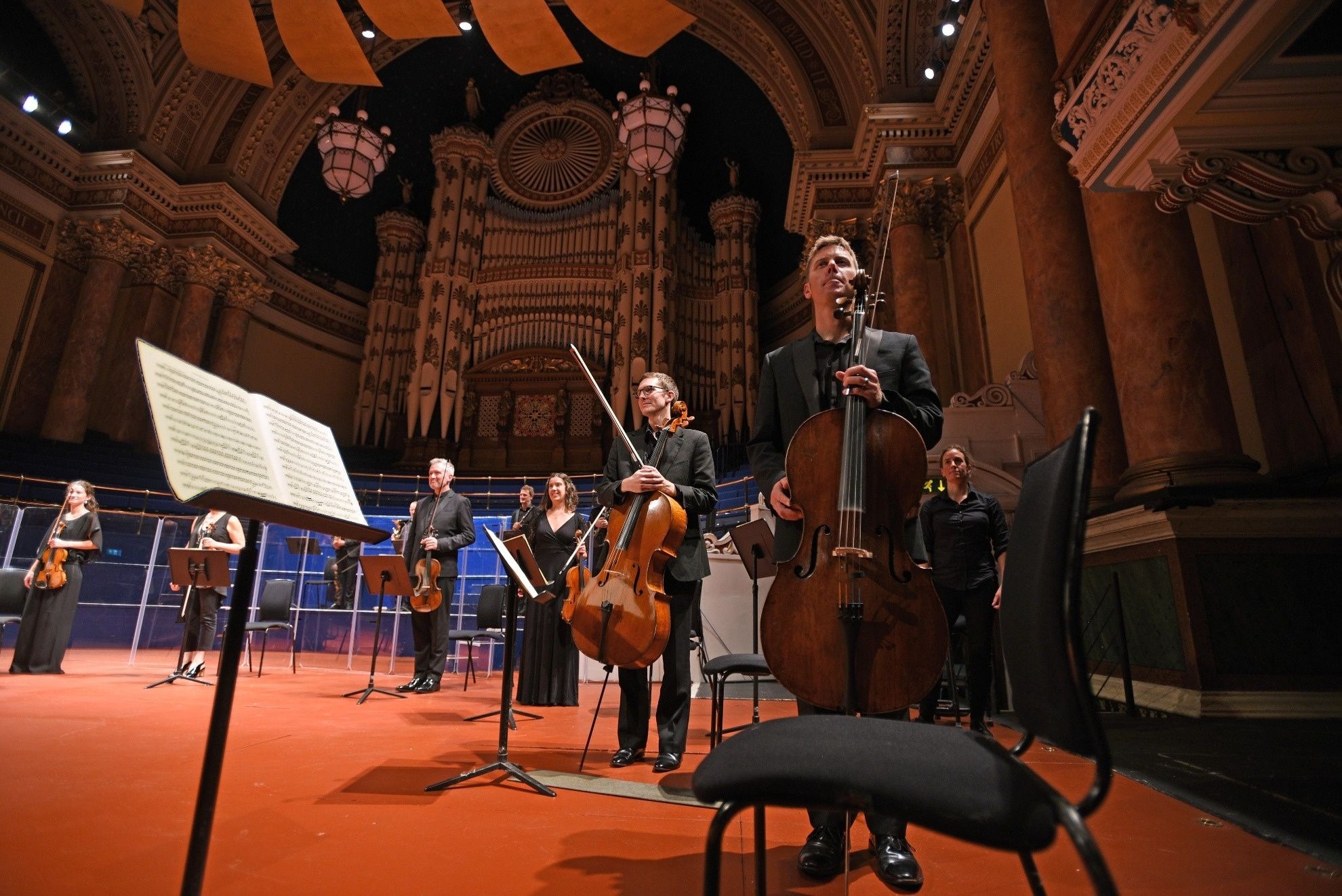