Calendar Girls – So good we reviewed it twice.

Our writer Rosie O’Brien reviewed Calendar Girls at Leeds Grand Theatre with her usual assurance and flair.  Stan Graham was also in the audience, taking a back seat but unable to resist the pull of the ‘pen’.

So, not to let another good review go to waste, here are his thoughts – and for those of you who’ve been thinking about it,  there’s still time to catch this performance!

Well, here is a first. Normally press nights are held on the first night of the performance but this time it was the evening before the the show’s run and it was the dress rehearsal. Before the performance we were given a chat by the joint producer, David Pugh, to inform us that if something did not go to plan then the show may need to pause and rewind to put it right. In the event, apart from one tiny glitch involving the sound which only lasted a couple of seconds and didn’t interfere with the performance at all, the whole thing ran like clockwork.

Another difference from the normal reviewers’ night was that I was seated at the back of the Dress Circle rather than in the Stalls. Although the seats were not as good I could not be more pleased as the Stalls were turned over to people who were involved in the treatment and care of cancer patients.  Because of that I would have been happy to stand outside in the rain and watch it through the window. Humble comes nowhere near describing my feelings when compared with them.

Ah! Yes: the show. I should imagine that everyone is familiar with the background story, as it’s the stuff of Yorkshire legend, but just in case, here goes. One of the ladies who is a member of the Women’s Institute  in a small North Yorkshire town, loses her husband to cancer and convinces the other members of the group to pose naked for a calendar in order to raise enough money to provide a sofa for the ward in which he was treated. The calendar attracted national publicity and sold by the lorryload, raising enough money to provide far more than just a sofa. There followed a book, play, film and a musical version, of which this is the second incarnation, and the ‘Girls’ has so far raised almost £5million for Bloodwise. Unlike the film, this version takes us from the normal life of the village, through the illness and on to the release of the calendar where it ends. I found this a very good decision as there is a danger that such an unselfish act of charity can turn into something self-congratulatory if it covers the later success of the venture.

For the first ten minutes or so I thought that we were going to be treated to a Visit Yorkshire style promotion of the county, as the scene setting was a bit over the top with the ee by gum, flat caps and whippet elements, but it soon settled down into what was a really most enjoyable evening. A good touch was that the actors were using their own accents and not made to speak in Faux Tyke, so reality was restored.

We had the posh, southern Fern Britton through to the Welsh Ruth Maddoc who was absolutely brilliant as the doddery elder stateswoman of the group, but who was full of surprises. She certainly surprised me with her singing as, being a lady of a certain age, she belted out her solo song in a voice of which Shirley Bassey in her prime would have been proud. I was worried when she hit, and held, the final note that the priceless glass in the Theatre was in danger of shattering.

At the other end of the age scale were three young actors Isabel Caswell, Tyler Dobbs and Danny Howker, whose comic timing and skill bodes well for the future of British Theatre. I mentioned the word ‘comic’ and this is a very funny show despite the subject matter, but done with such empathy that you couldn’t help shed tears of laughter along with those of sorrow. The cast was so large that it would be impossible to mention them all without it sounding like an overly long Oscar acceptance speech, save to say that every single person involved with the production deserves the highest accolade.

When the show was over David Pugh took to the stage once again to thank those assembled, both on the production side and in the auditorium, for their participation, and called on stage the real ladies of the Rylstone and District WI. The audience had long since been on their feet in appreciation but when they were joined by the writers Tim Firth and Gary Barlow – pass the smelling salts I have come over all faint – they went into overdrive and everyone left the theatre for their prosecco, or pint, walking on air. Utterly brilliant.

Once again, thank you to the production company and Leeds Grand Theatre for being so imaginative as to break with tradition and let us have a sneaky peek at a dress rehearsal, or in this case, should that be undress rehearsal. 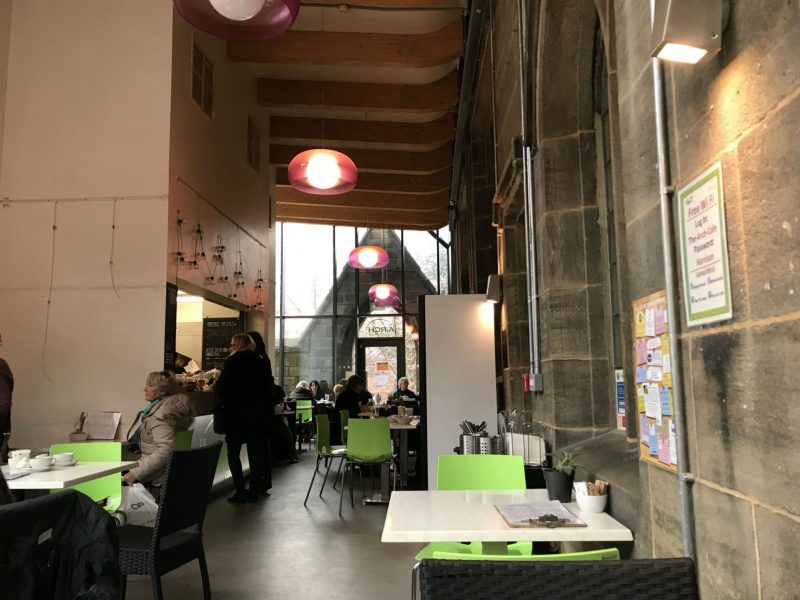 Let’s Do Lunch at Arch Cafe 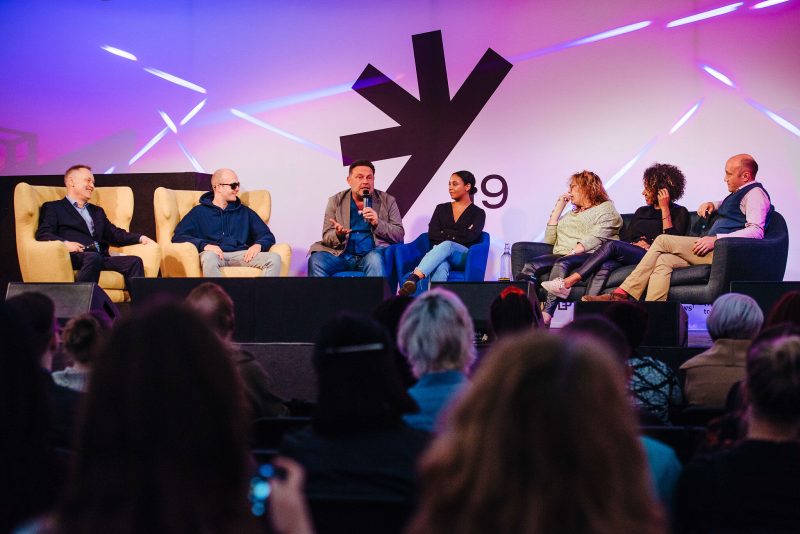 L19 – The Changing Face of UK Film and TV 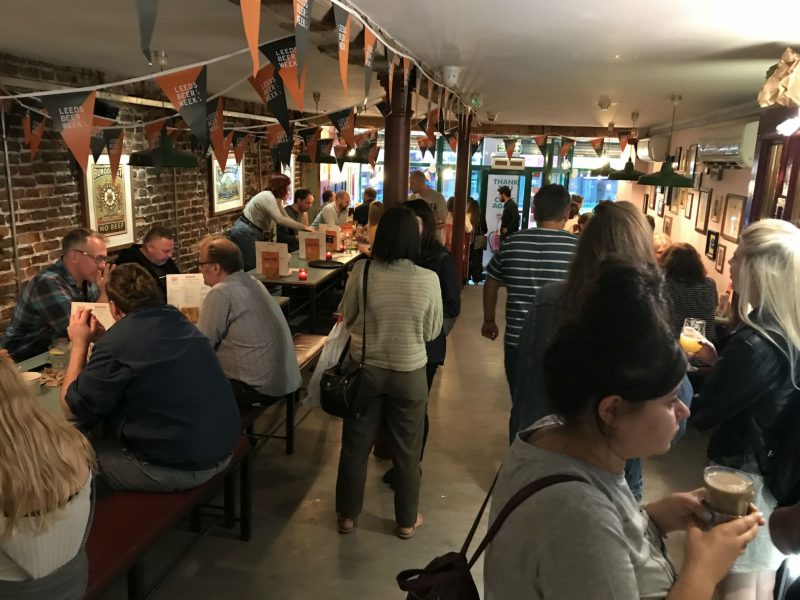