There is no glamour in power or war in this production. The visceral staging makes mud and blood central, with brothers fighting together find vigour in victory yet still battered and bruised. The battle scene itself is energetically choreographed, adding a touch of the Playhouse’s musical prowess to Shakespeare’s dialogue.

Leeds Playhouse claims this season’s productions will have diversity at their core. Amy Leach, Associate Director since 2017, has taken this to heart in her casting. In the style of Northern Broadsides, Shakespeare’s words are spoken in local accents. I found myself wondering if individuals were from Leeds, Bradford or Manchester. Actors are drawn from a variety of Northern cultures, including the deaf community.

McDuff and his wife are played by deaf actors Adam Bassett and Charlotte Arrowsmith, who are also BSL consultants on the production. The inclusion of a central deaf actor adds texture to the piece. It gives credence to a comedic mime scene about drunkenness and debauchery. More significantly, it adds tension to the tragic news that McDuff’s wife and children have been murdered. Tom Dawze as Lennox recoils in horror as he realises he will have to explain in BSL. Other actors interpret, but occasionally the drama of the situation means the actor’s hands speak directly to the audience.

The title role is played by Tachia Newall. His transition from bold warrior to power-hungry king is made convincing through the relationship with his wife, played by Jessica Baglow. An opening scene depicting the death of their baby and a subsequent pregnancy adds weight to their appetite to build a dynasty. Their relationship contains passion and friction, making their tragic path believable.

Gabriel Paul puts in a particularly compelling performance as Banquo. The confident camaraderie of his relationship with Macbeth adds gravitas to his later appearances as spectre. Kammy Darweish’s performance as Duncan may be short-lived, but we are in no doubt that this was a man who commanded respect and love from his inner circle.

Hayley Grindle, set and costume designer, may be the real star of this piece. Her dark, mist swept stage provides real mud and water. A large drawbridge slopes to represent a hill or castle entrance, rises to form the upper floor of a castle or coronation platform. Particularly striking are the banquet scenes, where simple choreographed actions, without banquet table, take place, while Macbeth talks from the platform above.

Costumes are evocative of the reality of battle and the relative social positions of performers. Blood splatters much more than Lady Macbeth’s hands. Soldiers’ tunics are tattered, smeared with blood, their boots caked in mud. The pure white worn by Macbeth and his wife post coronation is representative of their elevated status. Ironic, given the emotional morass in which they wallow.

The play does not, of course, start with the leading male characters at war but with the witches. The word sister is emphasised, whenever they appear. Dressed in the same brown as the stage mud, they seem to be of the land. Written at a time when women were being actively persecuted for their knowledge of folkloric wisdom in Scotland, perhaps there is a nod here to history. The witches in Macbeth are always going to present problems to modern directors, but Leach’s approach avoids making them figures of fun or all knowing fates.

The majority of the audience on opening night was under eighteen, studying Macbeth at school. The fast paced production engaged the young audience. At just an hour for each act the play progressed with quick, clear dialogue, and no time lost to set changes. I thought back to my own school days and wished I had the opportunity to experience such a dramatic staging delivered by authentic voices from my local community.

Macbeth is at Leeds Playhouse until 19 March. https://leedsplayhouse.org.uk/events/macbeth/ 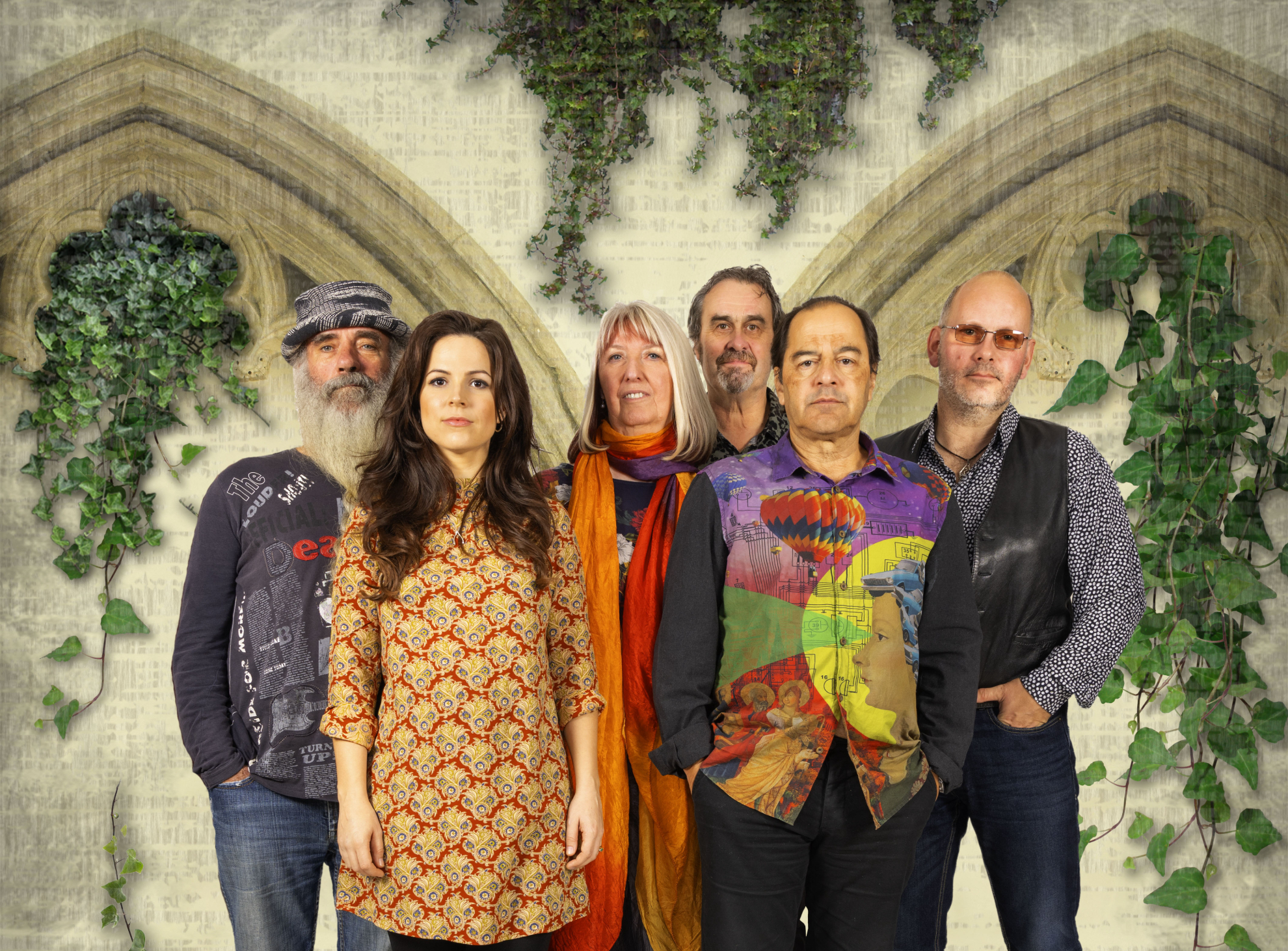 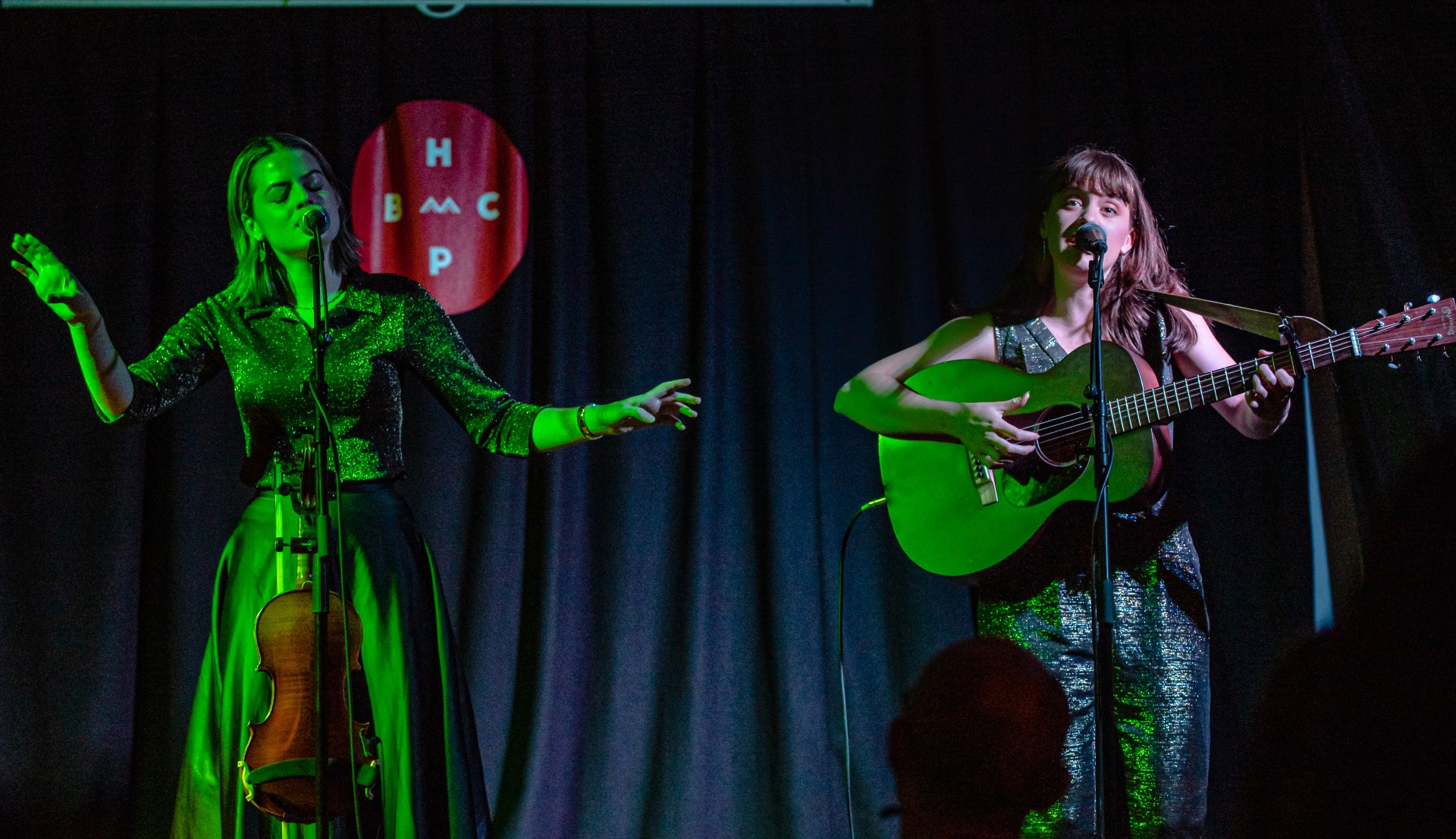