This UK première proves ‘well worth driving from the Lakes for’.

Richard Mantle, Opera North’s General Director, tells us in the programme that this production—alongside Not Such Quiet Girls, already reviewed in these pages by the able hand of Mr Graham—represents the ‘pivotal point’ of Opera North’s current season, ‘Before War and After’. And what a fine season it has been so far: ambitious, moving, generous, conscience-sharpening, and (as always) marked by the highest standards of professional ability. The list of praises goes on. Opera North seems only to go from strength to strength these days, and I find myself rather proud both of having such a company call Leeds its home, and of the privilege I have of reviewing their productions.

The story of the opera concerns the famous ‘Christmas truce’ between German, French and Scottish troops in 1914. As one might expect of a story which really concerns itself with a short stretch of time on just one night, the plot is a little thin. Unless such a time-compressed piece is written by master-plotter Ben Jonson, we have to accept such things as inevitable. Therefore, like Sebastian Faulks in his Birdsong (also about The Great War), here librettist Mark Campbell weaves together three pretty meagre plotlines. The main is that two professional opera singers—German Nikolaus Sprink (Rupert Charlesworth) and Scandinavian Anna Sørenson (Máire Flavin)—, who happen to be in love, are separated when Sprink is conscripted.

The French plot is even thinner:  Lieutenant Audebert (Quirijn de Lang) loves his wife, misses her, and loses his wallet with her picture in it in the German dug-outs (it is later returned to him during the night of the truce). This story is slightly livened by the other major French character, Ponchel (Geoffrey Dolton) the hairdresser, who is quite movingly characterised. I shall come on to this shortly. The Scottish story is also thin, but perhaps slightly more fleshed out: two brothers sign up: Jonathan (Alex Banfield) and William  (Christopher Nairne); the latter is instantly killed, and the former grieves for him for the rest of the story, eventually wishing for revenge on all of the Germans (a bit much and a bit melodramatic I thought—much more a Hollywood cliché than a careful depiction of a lad from a Scottish village).

The plotlines come together with a slightly eye-rolling level of artifice when Ponchel, whose mother’s house lies just an hour away, beyond the German lines, uses the truce to stalk secretly past said lines. However, he sneaks back to the French trenches in German dress (which he used to go undetected; surely it would have been smarter of him to return to the allied lines in his French uniform, which he could easily have stowed in his rucksack?). The result of this is that the bereaved, vengeance-driven Jonathan shoots him, obviously thinking him a German. This is a moving moment, since Ponchel was the only really very human and likeable character. This was again owing to the three truncated plots, which allowed no other character sufficient stage time to seem real. But Ponchel had a beautiful ode to his mother’s coffee and to his home; he was a skilled hairdresser, he had all the good jokes, and Geoffrey Dalton—as a fine actor, not an ubiquitous quality amongst opera singers—brought him swiftly and surely to life. Being the only lively character, it would be him who died! With such a level of sentimental artifice, I was reminded of Elie Wiesel’s devastating critique of the Shoah ‘industry’: “six million characters in search of an author”. 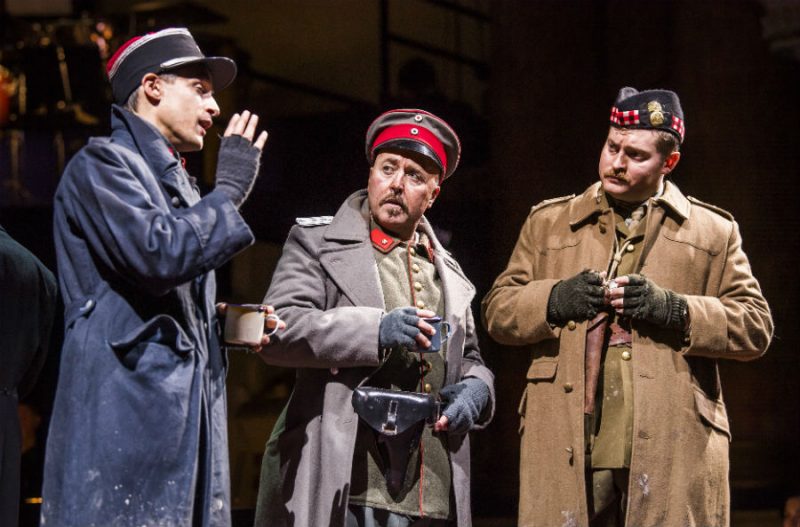 Readers who follow such things will notice some familiar names in the cast list; indeed, for this opera, the company has largely re-used the cast of The Merry Widow, which readers of my reviews will expect was a great delight to me, since I found the production of Lehár’s operetta so deeply affecting when I reviewed it in September. It was great to see three of the stars of this last opera—the wonderful Máire Flavin, the charismatic Quirijn de Lang, and the simply great Geoffrey Dolton—given large roles again in this opera where they impress just as much as they did in The Merry Widow, even if their characters are not as memorable as the great Hanna Glawari, Count Danilo Danilovich, or Baron Zeta. Despite being Dutch, Quirijn de Lang put on the mantle of the French Lieutenant Audebert so well that I was reminded of G. K. Chesterton’s description in his Father Brown mysteries of Valentin as ‘unfathomably French’. I have already praised Dalton above. And Flavin gets perhaps the great moment of the opera during the truce, at the end of the first Act, with an aria set to the words of Dona nobis pacem, which uses the whole soprano range, and is utterly beautiful.

Perhaps we should say a few things about the music. When I saw that this was a ‘new’ opera—its world première was in Minnesota in 2011—I paused, wondering if I wanted to review new Classical music in a world where much of it sounds indistinct from the phenomenon of fingernails dragged down a blackboard.  But Puts’ opera shows a great melding of styles: he evokes the period with Viennese waltzes and Italian duet arias (for Sørenson and Sprink; Puts wonderfully writes in his programme notes: “How fun this would be! If I succeeded in channelling Mozart, the audience might think they bought tickets to the wrong opera!”) but also evokes some of the carnage we find in twentieth-century war, and in twentieth-century music, too. But, having heard the whole thing, and some of Puts’ music besides, I must say it seems that his temperament is as much Romantic as modern. The libretto is also a delight on the linguistic level, if not on that of plotting, since it combines English, German, French, Italian, and, perhaps most beautifully, liturgical Latin during the impromptu mass held during the truce. I might add that the second half drags, suffering from what I call Julius Caesar syndrome—where, as in Shakespeare’s play, the great event (in Shakespeare, the assassination; in Silent Night, the truce) occurs half-way through, leaving a ponderous, meandering second half which peters away, rather than drawing to a thunderous conclusion.

There is no stage set as such for this production: as in an Oratorio, and as is Opera North’s incredible Ring Cycle, the orchestra is on the stage with the singers, leaving little room for the singers to jump around and perform all kinds of theatrics. This actually works perfectly, however, for a drama with so little drama in it—one where, much of the time, the characters are virtually motionless, stuck in their trenches. And here the production intelligently put the French and Scottish trenches at the front of the stage on either side, and the Germans at the back on the risers, implying a distance—a no man’s land that was largely filled by the orchestra. There are occasional projections against Leeds Town Hall’s great organ pipes; these are sometimes brief bits of contextualising text (cleverly done in the style of silent cinema’s inter-titles in order to evoke the period), but could also be more moving, such as when a soldier hung, face down, on barbed wire haunts the imagination towards the end of the evening. One always expects such intelligent use of even very limited stage in an Opera North production directed by Tim Alberry. And of course much credit has to go to the brilliant work of set and costume designer Hannah Clark, the highly dramatic and powerful lighting of Thomas C. Hase, and the video design of Matt and Rob Vale (for Illuminos).

All in all, an incredibly rich evening, and a wonderful privilege to be at the UK première of this interesting and frequently moving opera. Will it go down in the canon as one of the greats? Only time will tell; I suspect that it does not quite qualify, but that does not debar it from being a great and impressive work. 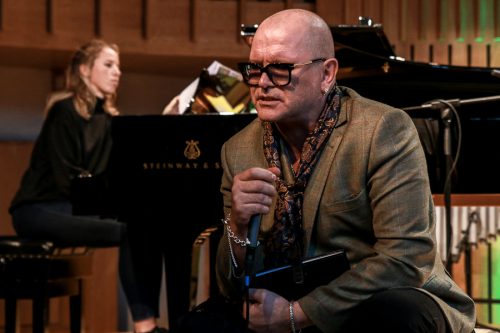 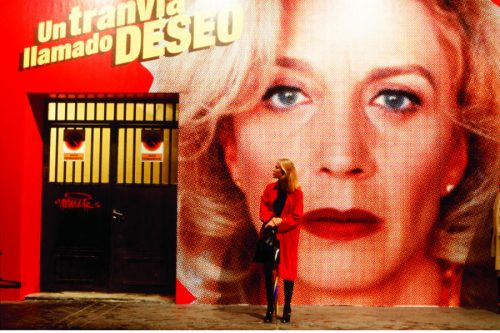