Charles Eager catches up with Kang Wang, leading man of Opera North’s current production of Mozart’s The Magic Flute, on playing the hero, Tamino; the leading lady, Vuvu Mpofu, on playing the heroine Pamina; and with James Brining, the opera’s director (normally of Leeds Playhouse).

Do you have a favourite moment in the opera?

My favourite scene is the conversation I had with Dean Robinson, the “Speaker”, followed by my aria “How soft, how strong your magic sound”. Learning that scene in German when I was in the Lindemann programme at the Met made me fall in love with this opera. To me, this scene is where Tamino starts to show a bit of a heroic side of him. And it’s also my favourite warm-up piece.

My favourite moment though, musically, is when Pamina and Tamino meet again just before the trials, when they sing “Tamino, oh joy at last” and “Pamina, sorrow has passed”. The music combined with the text is transcending, and sometimes makes me want to weep a little! Haha.

What are your thoughts on singing the opera in English? Is it a shame at all not to use Schikaneder’s original German libretto?

I actually learned most of this role in German before, and I do understand that there are certain operas that would sound a little bit weird to some people with English translation. But I have to say our “The Magic Flute” was not the case, at least to me. I very much enjoyed performing this in English, and this opera by Mozart is very often performed around the world in English, even with film versions etc. so I don’t have any problem with it at all. I think it also helped me with developing my character immensely to sing my first Tamino in English in this particular production.

How have you enjoyed your Opera North debut?

It’s a fantastic experience! Opera North works like a big family and us singers were treated extremely well! I love our talented cast and fabulous team, and I love the theatre and the audience in Leeds!

Would you like to say a few words about Tan Dun’s Buddha Passion, which you premiered last year and are performing again this year?

I’d recommend everyone to come and see this if possible. It’s a great masterpiece by maestro Tan Dun with a lot of different elements combined, involving an orchestra, a chorus, four classical and two indigenous vocal soloists, and an instrumentalist/dancer. There has never been a piece like this about Buddhism. This work has already been performed in Dresden, Melbourne and Hong Kong and will be touring to many more places including Los Angeles in February.

What would you say to someone who doesn’t know The Magic Flute at all? Why should they see it and why this production in particular?

“The Magic Flute” is one of the most “friendly” operas. You don’t have to be an “expert” about classical music to enjoy it. It is a combination of beautiful music, hilarious dialogues and simple yet intricate plot with some of the most memorable tunes, eg. the Queen of Night’s second aria. People can interpret the opera as whatever they want. To me, it’s like Tamino was dropped into a video game with monsters, NPCs and missions to accomplish so he could get back to real life, but in the end he has found his purpose here. To other people, it could be a classic “hero’s journey” in disguise, or a tale of a boy and a girl’s transition to adulthood. And people can find hints all over the opera about our modern culture:  the struggle of divorce, the “manly” initiation of a fraternity-like group, reality-bending superpower, or even Stranger Things’ “The Upside Down” and the brutal society of The Handmaid’s Tale. I think most people would agree with me that this performance can be enjoyed by all!

Do you have a favourite moment in this opera?

My favourite moment in the opera is the suicide aria with the children. In that scene, Pamina is at her most vulnerable moment after another failed attempt to escape, being rejected by her mother The Queen of Night and being ordered to kill Sarastro and, the final blow, being rejected by her love Tamino a number of times. She then decides to take her own life, but is stopped by the children and given hope again

How do you feel about singing the opera in English?

I have to admit singing this role in English was a bit of a challenge for me, because I had learned it in German before. However, working with my teacher, coaches and the Opera North musical team helped a lot. And also Jeremy Sam’s translations gave us different options of words to choose from. But if I had to choose my favourite language to sing Magic Flute in, it would have to be in German.

And how is your Opera North debut going?

I am very happy and excited that my debut with Opera North has so far had wonderful reviews and a lot of positive feedback from the public. It has been a wonderful experience working with the Company and everyone involved in the production.

What would you say to someone new to opera in order to entice them to see this production?

I believe “The Magic Flute” has something for everyone. It really does on many levels allow us to get in touch with our humanity. And for first time opera-goers, this particular magical production combines an energy and theatricality which serves both the music and the story. I think it is a great night’s entertainment.

How does it feel to direct your first opera?

Opera presents different challenges from theatre since the music is the heartbeat of the piece and guides you to what’s important and what a character’s emotional state is at any given time. Of course, it also means working with a conductor at every rehearsal, which I’m really enjoying.

This seems to be a distinctly modern production. Could you say a few words about this, please?

I want The Magic Flute to be a piece about now, rather than a piece about a world that we’re not part of any more. A great human truth lies at the heart of this opera. The Priest of the Sun and the Queen of the Night illustrate two different ways of being in the world: they’re in conflict with each other, but neither is a bad person in their own heads. There is also the contrast of day with night, man with woman, high musical notes with low. The whole thing feels timely in the way it mirrors the extremes in today’s world and the need to find a third way between opposing points of view. Friendship, what love means, religion, and how a religious community can be a benign place when you’re in it and hostile to those wanting to leave—it’s about the individual questioning society, leading to self-development and self-discovery. It’s also about freedom and what people want—and what they need—to be happy.

How have you approached directing your first opera?

The heightened emotions of the opera make naturalism more difficult. As a theatre director, I wanted to ensure there was a clear narrative arc with one thing naturally leading into another. It’s important that the audience remains emotionally engaged and understands the characters and the journeys they go on.

In addition to being decidedly modern, this seems like a production which also aims to be popular.

The way we’ve approached it, it’s a bit like a mash-up of The Handmaid’s Tale, Black Mirror and Dr Who. The production also makes imaginative use of projections to blur the lines between reality and fantasy, with some of the more unusual props including inflatable octopus tentacles.

I’m interested in the psychological impulses behind the characters’ actions. This is a work which manages to be both dark and joyous, with people finding themselves in some very vulnerable positions throughout. I’ve also introduced an additional cast of children because I think the piece asks us to consider the world from a child’s perspective, to see it through their eyes.

The desire for creativity makes basic physical sense, and to me that’s what we’re celebrating in our own creative act, that act of performance in a theatre in Leeds 200 years after the original.

The Magic Flute opened at Leeds Grand Theatre on Saturday 19 January 2019 and will be touring to The Lowry at Salford Quays, Newcastle Theatre Royal and Nottingham Theatre Royal in the coming months. 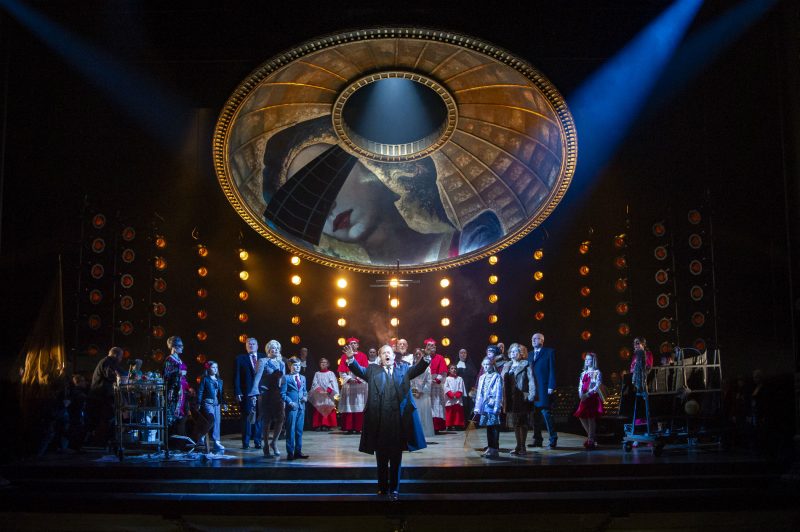 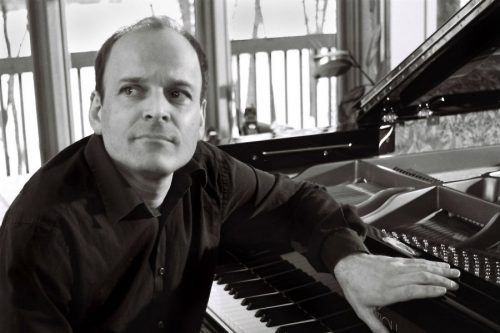 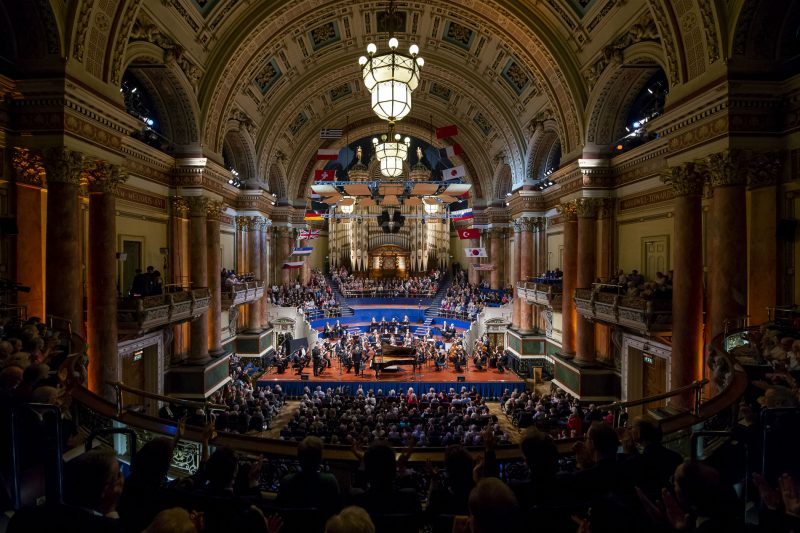