This Is Elvis at Leeds Grand Theatre Until 9 June

This is Elvis is, unsurprisingly, a musical about ‘The King of Rock and Roll’. It concentrates on two specific dates in his life; the first is 3rd December 1968 which was the live NBC television special called ‘Elvis’ but has always been known as the Comeback Special.

The second was 31st July 1969, his first live performance of a 57 show run at the International Hotel, Las Vegas. Because of this, I believe that it would be of help to younger members of the audience to provide a bit of background.

For those of us of ‘a certain age’ who remember the rise, fall and rise again of Elvis Presley, it is all too easy to assume that everyone else realises what an immense impact he had on modern culture. It is also too easy to take it for granted that everyone understands what the world was like in 1955. There were virtually no record programmes on the radio unless you listened to Radio Luxemburg, which had such a weak signal that it faded in and out. They would also cut off the records miles from the end as they were not allowed to play them in full. Should you be lucky enough to live in north Leeds you could also pick up AFN which is the American Forces Network and whose signal would ‘overspill’ from the base at Menwith Hill. Again the reception was poor and there was also coverage of sporting events which at that time felt like a different language.

The staples of all of these stations were crooners such as Bing Crosby and Frank Sinatra. There were the newer artists like Johnny Ray and Frankie Laine but they were just modern versions of the old guard. The English contingent was a pale imitation of the crooners, although some, such as Jimmy Young and Dickie Valentine, enjoyed great success, usually by recording cover versions of the American originals. And then it happened. A group called Bill Haley and the Comets released ‘Rock Around The Clock’ and the term ‘Rock and Roll’ was born. This was music like we had not heard before and was from the soundtrack of a film called ‘The Blackboard Jungle’. It was so popular that a film named ‘Rock Around The Clock’ was quickly cobbled together and released. The effect was devastating, with young people dancing in the cinemas and riots breaking out during the performances. This was all well and good but Haley’s style was basically Rockabilly and all of his songs were very similar.  He also looked like your dad.

In January, 1956 Elvis Presley called at Sun Studios in Memphis, where you could just walk in and pay to make a record, which he did. By the end of the year he was the biggest star on the planet – if you can have a star on a planet! The thing about Elvis was that he was only just 20 years old, so was ‘one of us’. Another thing to remember about that time in history was that there was strict segregation between black and white in the USA, especially the southern states which is where he was from. Black artists could not get their records played on white radio stations but, whereas Bill Haley’s music was country music based, a totally white genre, Elvis reworked R&B which was known as ‘race music’, or even a term which I am now not able to use. This gave his repertoire a broader base and he sold shed loads of records. His manager, Colonel Tom Parker, ran his career, and life, for many years to come. When it became clear that Elvis was a moneymaking machine Col. Parker did everything to exploit this potential in case it came to an end as quickly as it had started. There were many personal appearances and he soon transformed his charge into a film star.

His first films were in black and white: Love Me Tender, Loving You, Jailhouse Rock and my favourite, King Creole, which had a decent back story. In 1958 Elvis was drafted into the US Army and stationed in Germany. On his demobilisation his manager decided that there should be a series of colour films which would be based around songs, and many people regard them as being an early incarnation of the pop video. The stories were all more or less the same, in fact there is a line in the show when Elvis, asked if he has read a new film script, said that it didn’t matter as he knew that all he needed to do was ‘kiss the girls and punch the boys.’ The public became eventually bored with this and, along with the influx of the British artists in America, he began to look old hat and his record sales plummeted. So much was this the case that a TV special was organised to get him back to his roots, singing ‘proper’ rock and roll dressed in black leather. The response was amazing and this led to the Las Vegas bookings, a city to which he would return many times over the years until his death in 1977.   Now read on! 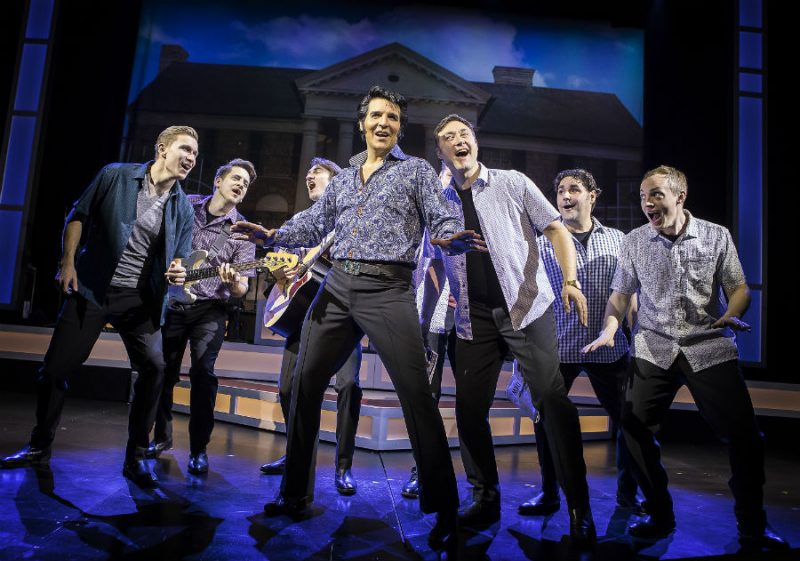 The show is split into two halves, the first being the action surrounding the NBC Special and highlighting the self doubt and insecurity of Elvis. The performance was one of the most skin-crawlingly embarrassing things I have ever seen – the real Elvis that is, not Steve Michaels who plays him in the show and who was incredibly good. In fact he was probably too good as, if you look at the original on Youtube, you will see that the small talk between songs is just a self-conscious ramble. Fortunately, everyone loved him so much and the music was so good that it relaunched his career and he came back as strong as ever. The resemblance between Steve Michaels and Elvis is truly astounding. His mannerisms were authentic and his voice superb. The acting was of about the same standard as that of Elvis himself in his later films but, as with those flicks, it was all about the music. Several of the early songs were performed in the same format as the tv show, with the audience sitting on the floor around the stage. A measure of insecurity came through but not to the same extent as the real thing. There then followed more self-doubt in a scene at Graceland when the Las Vegas show was discussed and rehearsed, along with an allusion to the drug taking which was to have such a big hold on his later life.

After the interval, the whole of the show was performed as a recreation of the first Las Vegas performance and, if Steve Michaels looked and sounded like The King in the first Act, he actually became Elvis in the second. I honestly could not tell the difference, which was very disconcerting at times. He spent the whole time singing song after song in the iconic rhinestoned jumpsuit so favoured by Mr Presley. He progressed through the big show songs such as Viva Las Vegas, I Just Can’t Help Believing, The Wonder of You and Suspicious Minds. The performance was so good that the Grand Theatre was transported to the Nevada Desert and became the International Hotel, the audience joining in at all the right moments. After the previously mentioned numbers, the place went into total meltdown when he began the Mickey Newbury arrangement of American Trilogy. After that, it was everyone on their feet to dance through My Baby Left Me and Blue Suede Shoes.  If truth be told, some of us had been on our feet for most of the concert anyway. 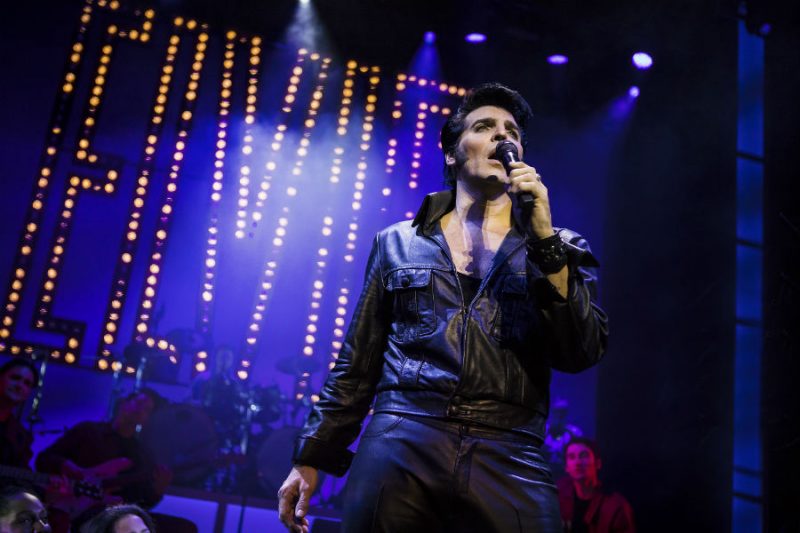 I had approached this show thinking that it would be an elaborate tribute show, which it was, but I had no idea as to the way it would make me feel. The acting was what you would expect of a musical. The musicians were note perfect, which they needed to be as in a show like this there is little room for improvisation, authenticity being paramount. Steve Michaels was, well, just perfect.

If you think that I am going to end with a cheap Elvis song title pun then you are very much correct as when it comes to puns they are Always On My Mind. So go, enjoy, and if you remember Elvis, be prepared to have your senses disturbed by the reality of the performance. 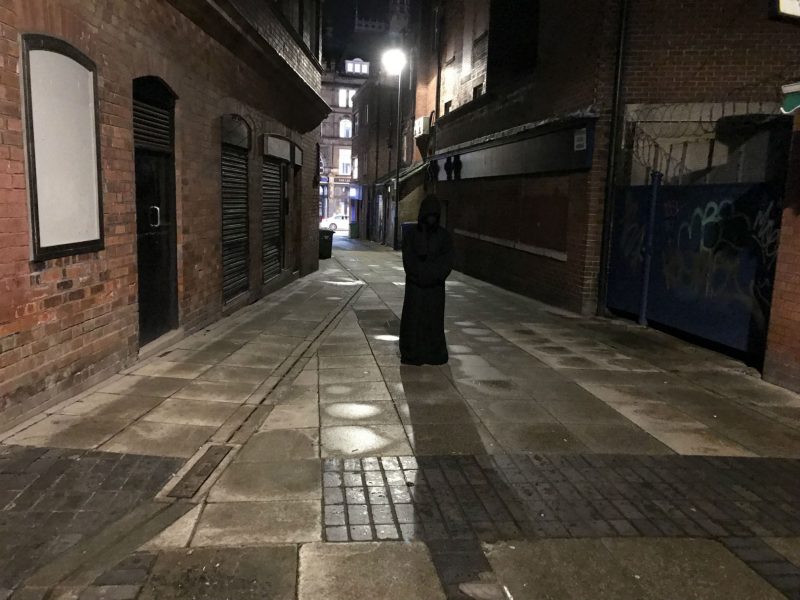 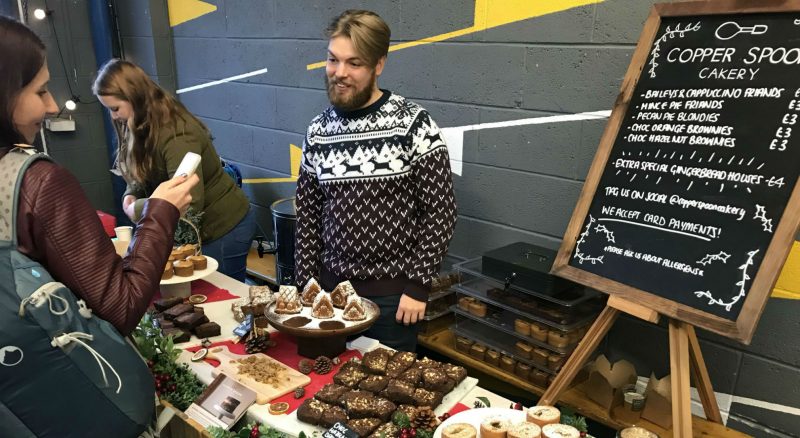 Eat North Comes Out of Hibernation With a Christmas Special 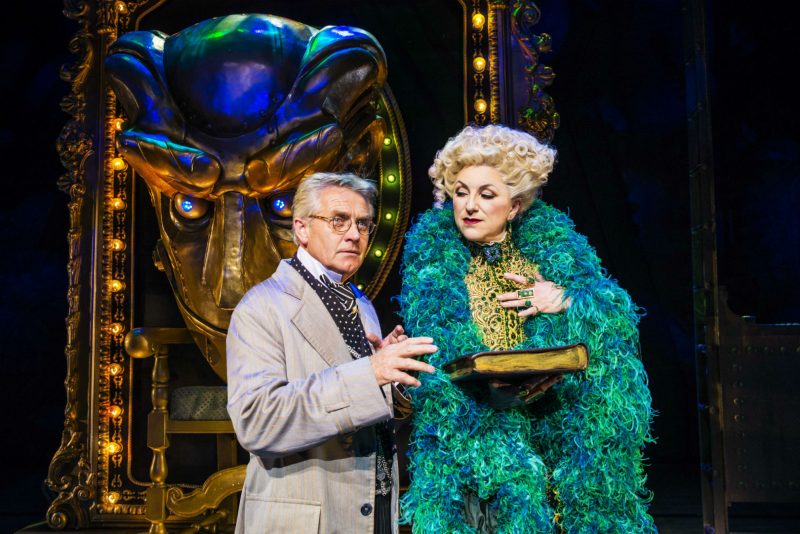