It’s rare that I get to see a show that I know nothing about. I’m not a fan of it: it’s a bit like letting someone order food for you at a restaurant and not telling you what you’re having. I like to feel prepared, to get excited about what’s coming. However, this time I went along with it and didn’t research a single thing about the show before I went. It was very unnerving.

I soon realised it was based around pies: the American deep pan pies, not our good old Northern meat types. The curtain showed an image of a cherry pie and the musical began in darkness with the beautiful, hypnotic and minimalistic singing of ‘Sugar, butter, flour’, a dreamlike motif that would be used consistently throughout the show. The creativity that this musical promised had me hooked: was this a little taste of the sweetness that was to unfold?

Immediately the show opened on what was clearly a small-town American Diner and the presence of the band on stage is always a promising sight for me. Within the first few minutes I realise this isn’t a tap dancing, shiny sequence type of musical, but something grittier and grounded. I love a live band and the songs heavily influenced by country and western suited the down-to-earth story of the show.

The story revolves around Jenna, a waitress at ‘Joe’s Diner’ with a talent for baking excellent pies. She’s married to a dead-beat husband and is devasted when she unexpectedly gets a ‘bun in the oven’. Although the story isn’t particularly complicated it is nonetheless appealing. Originally created as a film in 2016 by writer Adrienne Shelly, and adapted for stage by Jessie Nelson with music by Sara Bareilles, it’s a refreshingly honest portrayal of how life is never quite clear cut. Jenna does not want the baby; she doesn’t want a reason to be trapped in a marriage to a man who is no longer the boy she fell in love with, the boy who seemed like an escape route from her own drunken, abusive father. Jenna wants out of this cycle life has stirred her into. She wants to leave her husband but his controlling and violent behaviour understandably makes her terrified to do so. Unexpectedly, this endearing and innocent woman finds comfort in the arms of her new doctor.

What I love about this story is that the whole thing challenges our morals, and the view of some of us that the world is black and white. The doctor had an apparently delightful wife, who I couldn’t help feeling sorry for. Yet I was still happy for Jenna when she finally had some support and attention. My disgust at the cheating doctor who was abusing his position was counteracted by his complete charm and naivety. The innocent air the affair gave off lightly coated the freshly baked smell of betrayal and inevitable heartbreak. What I truly admired in the story was Jenna’s honesty: growing a child inside her that she did not want, all the while feeling like a failure. Despite Jenna having what is quintessentially a job for a female, this is actually a play about feminism. Jenna’s love for baking pies is not viewed as ‘woman’s work’ but as escapism for her, a way to release her creativity, passion and hopes. Her empowerment at the end of the show does not rely on a man but on her own sense of newfound worth as a woman and as a mother.

I’ve never seen a show before where the entire thing was so utterly carried by one clear cast member, but there is no other way to describe Lucie Jones’ performance of Jenna. If I’d have researched the show beforehand I would have been put off by the fact she was a finalist on X-Factor back in 2009. My snobbery would have allowed me to judge her as someone who only got a Westend gig so her TV fame could sell tickets, and had missed out on years of gruelling musical theatre training. Needless to say, Jenna does not fall into this category. This was one of the best performances I think I’ve ever seen from an actress. As Jenna, Lucie created a character that was kind, endearing and funny. Her situation and transformation was wholly believable and I spent most of the second half fighting (and failing) to hold back tears. Her sense of entrapment and resignation to life was truly heart-breaking, her desire to break the vicious circle from one generation to the next overshadowed by her feeling of helplessness. And that’s before I even mention her voice. What a voice! Sweeter than that cherry pie, Jones’ voice was rich and mellow, with a soft vibrato that drew me in. Her power was immense without being shrill, and whenever she sang she owned that stage. ‘She Used To Be Mine’, which she sings at the climax of the story in Act 2, was utterly breath-taking, the desperation of her character mesmerising and haunting.

Unfortunately, Jones was so stunning on stage that it somehow accentuated some weaknesses. The script has some great comedic lines, but the direction was at times just plain corny and most of these comedy moments often lacked pace, making the stage feel awkwardly empty. The attempt at choreography for the ensemble seemed amateur and rushed; lost behind the leads. Some of the songs could have had moments of whole cast involvement but the ensemble were pushed to the back or brought in for random moments which created inconsistency. There were a few moments of clever, stylised ensemble work in transitional sections but they were too few by far. In addition, the singing at times from some of the cast members showed poor intonation, which was again highlighted by Jones’ perfect pitch.

The band was excellent, and I loved the frequent change from electric to acoustic instruments, allowing for a stark atmospheric change. The main issue though was with balance. At times I really struggled to tell what the singers were saying, a big problem if you don’t know the show. This was partly owing to the band being too loud, but also because many of the singers simply weren’t annunciating properly. Vibrato is all well and good, but the point of songs in musical theatre is to get a message across; so hearing those lyrics is kind of important!

It would be wrong to say there weren’t other stand-out features of the show. Evelyn Hoskins as Dawn, a fellow waitress in Joe’s diner, is absolutely hilarious in her role as the nervous, quirky friend. This created a fantastic pairing with her love interest Ogie, played by George Crawford, who provided the best comic relief of the whole show, sprinkling the stage with his energy and individuality. ‘Never Ever Getting Rid Of Me’ was just hilarious and it was one of the few moments where the whole stage really filled with energy. Tamlyn Henderson as Jenna’s husband Earl was also strong, making us genuinely hate his arrogant, repulsive character. He was key to capturing the despair of Jenna and hopelessness of her situation.

There is so much about this show that I loved that I would recommend you see it, if for nothing else than to just watch and hear Lucy Jones. The show really grew on me in the second half in particular: I was, embarrassingly, streaming with tears by the end of it. As a mother I related to the transformation Jenna went through at the birth of her child, although I think any audience member would struggle not to become emotionally involved with Jenna’s plight, especially when portrayed by Lucy Jones. This performance may have been served luke warm, but it had a big dollop of gold dust; and this makes it definitely worth seeing.

Waitress is at Leeds Grand Theatre until 18 September. You need to be quick! You can book here. 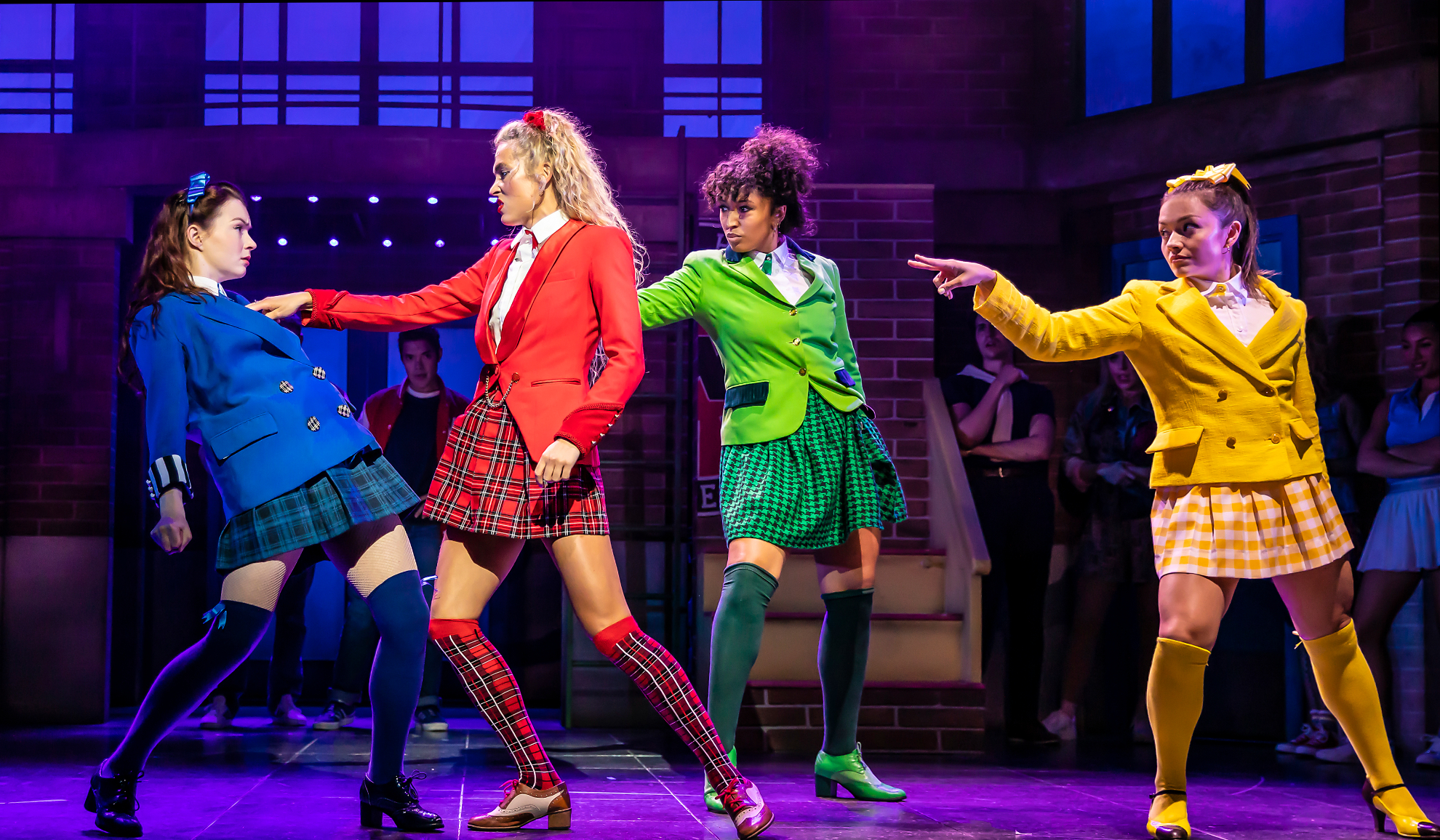 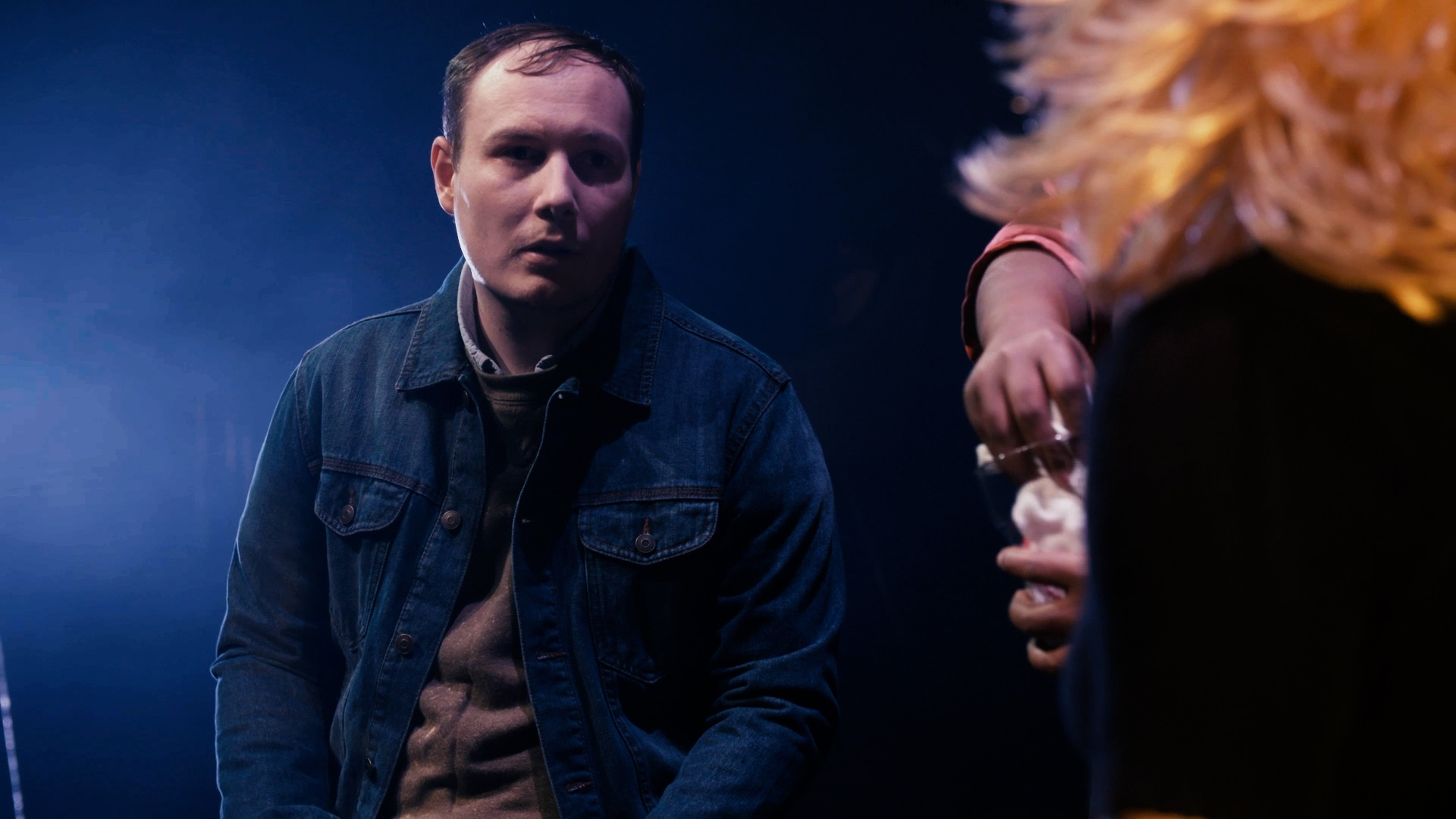 A Little Space: The Film, Reviewed 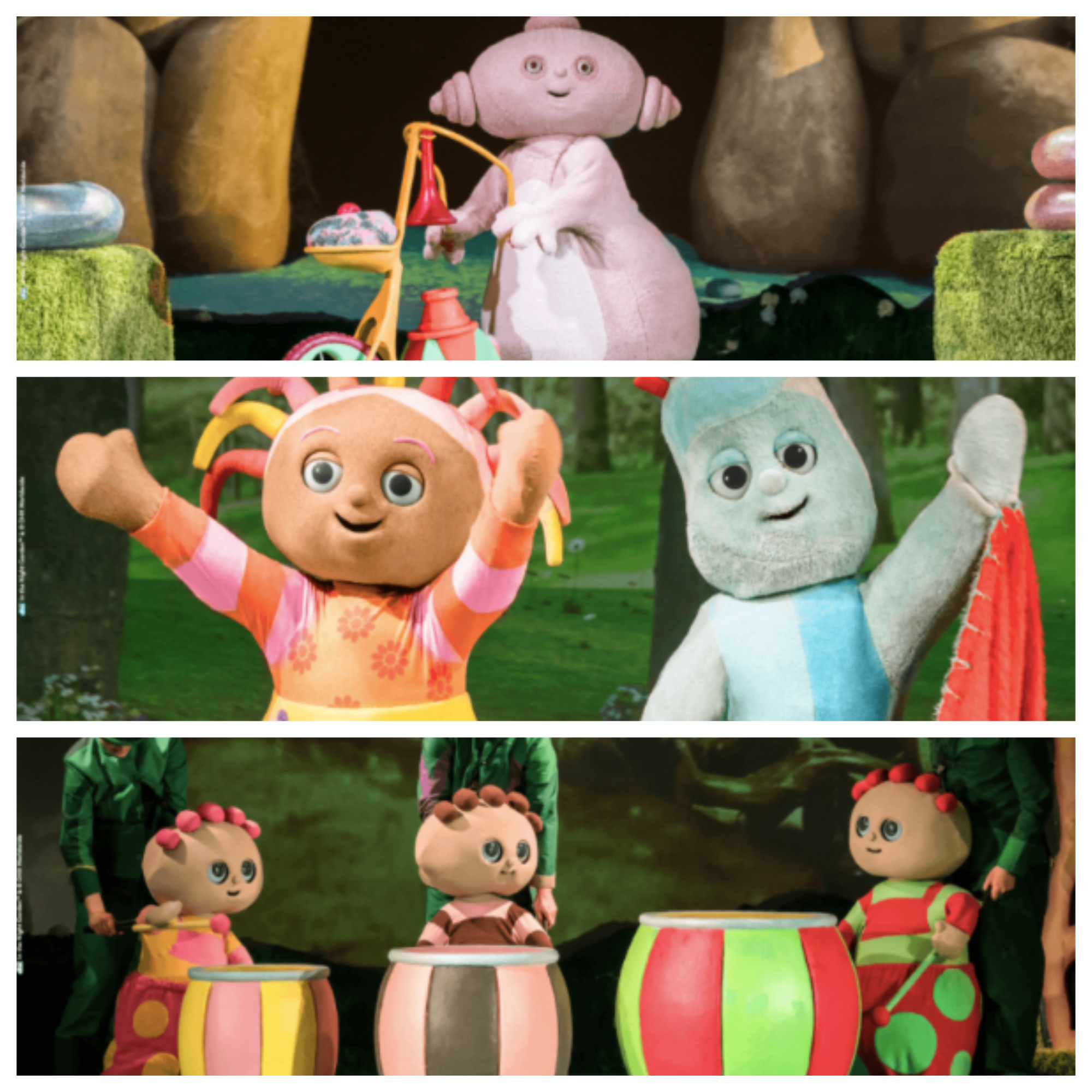 Igglepiggle? A Bit In The Middle