Eat North Comes Out of Hibernation With a Christmas Special

The highly popular and well-attended series of Eat North street food events made its last appearance of the year on Saturday 8th December.  I had already been to the last Eat North of the year in September but, owing to its popularity, a Christmas Special was arranged.

It put me in mind of the Frank Sinatra retirement concerts when he had more final appearances than the ones he performed whilst still working.  OK, that is a bit unfair, but I had to make some kind of joke.

The weather joined in with the wintery mood, sadly not in the romantic, snow-covered Christmas card sense but more in the damp, grey rain showery vein. As this didn’t come as a total surprise to the organisers, some of the traders had been located within the brewery building and two large covered seating areas erected. This meant that the large number of people who had turned up were well catered for, in more ways than one.

Most street food vendors specialise in one particular type of food, but the ones who could adapt to the Yuletide spirit did so.  Speaking of spirit, those wonderful people at Harewood Food and Drink Project were in evidence with their range of gins. Keeping to the alcohol theme, Wayward were there with their range of wines from independent producers.  This is the stuff you don’t get at supermarkets.  I had a taste of their Toni Carbo from Spain, dispensed straight from a tank at the back of the counter. It was a lovely, light red which was dangerously drinkable. The main attraction was obviously the North Brewery Tap which had a dozen heads serving up craft ale. 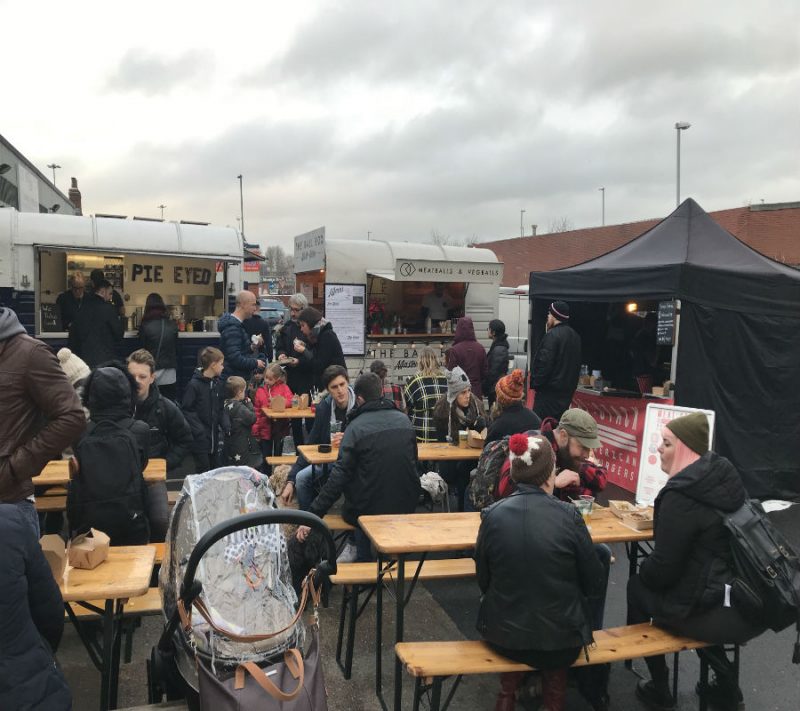 Outside, there were fewer vans than normal, with Meat Stack selling real American cheeseburgers, The Balls, a meatball seller who had added a Classic Winter Swedish Meatball dish to their normal range, and Pie Eyed were also in Yule mood with the inclusion of a Christmas Dinner Pie giving all of the traditional ingredients in a crust. Heaven. Heading back inside, Rabbit Hole were dispensing coffee and cocktails. 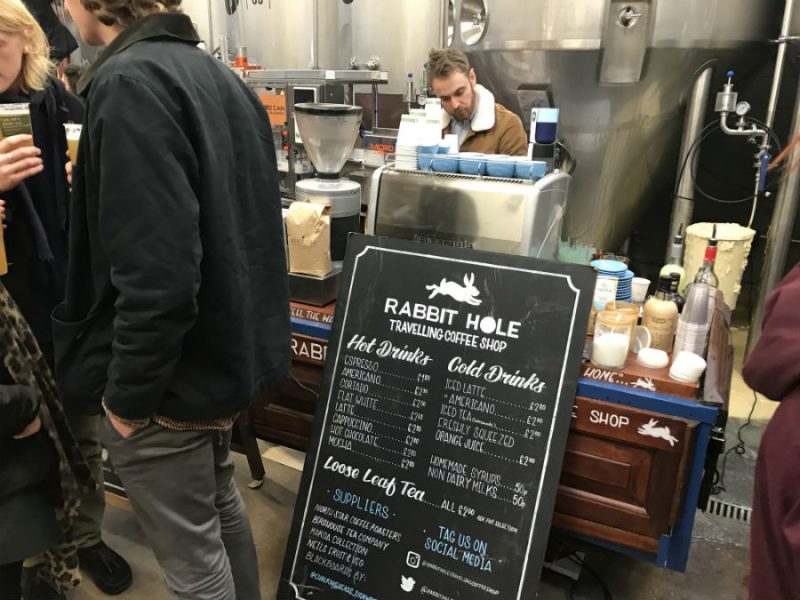 At this point I must admit that I was failing somewhat in my duties as I didn’t sample any of the food stalls’ offerings to eat on the spot, but I did take home two Mince Pie Friands from Copper Spoon Cakery of Ilkley to have for dessert over the weekend.  I must say that they are the very best versions of mincemeat cakes I have ever had. I feel a trip to Wharfedale coming on before Christmas to stock up. 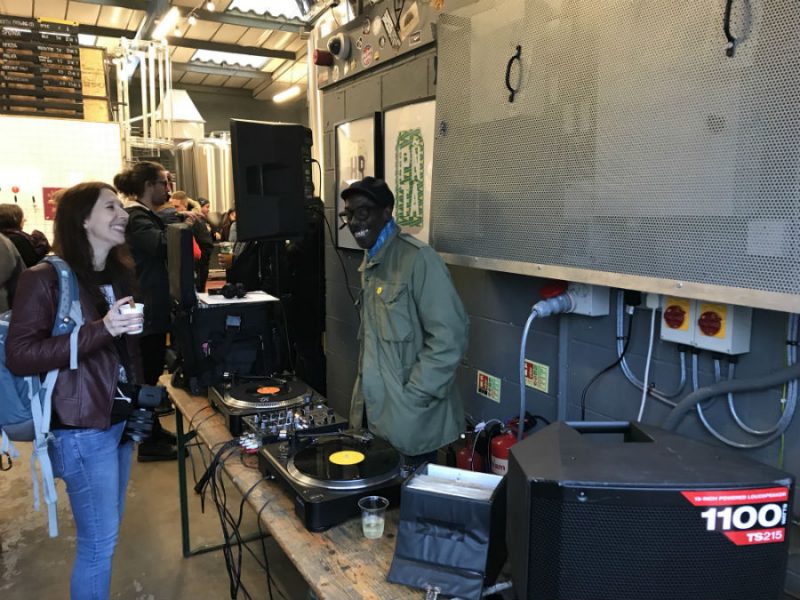 Finally, I must make mention of Ed Vector, who has provided the music for all of the events I have attended here. The atmosphere he creates is amazing, with his mix of reggae, soul and jazz; just the thing for both the sunny days of the summer and the drizzle in December. There is never a wrong time to play ‘Wade In The Water’ by Ramsey Lewis.

I would like to wish all of the traders who have fed me over the summer, the owners and staff of North Brewery who slake my thirst throughout the year, the organisers of Eat North, the DJ, but most of all, the amazing people I have chatted to throughout the series of events, a very Happy Christmas and all the very best for 2019.