Let’s Do Lunch at Dough House

I thought that it was about time I paid a call to the ‘other’ incarnation of LivinItaly known as Dough House in Cloth Hall Street, next door to the Corn Exchange.

Whereas the original place in Granary Wharf is mainly a deli and restaurant, the emphasis here is on cocktails and pizza, so what is not to like.

The tables and chairs are fairly basic but the room is given an opulent feel by the chandeliers hanging from the ceiling – where else would they be?  The bar has a range of craft beers and lager as well as the cocktails for which it is becoming famous.  For an Italian hangout the wine list is surprisingly short but, as they say, size isn’t everything and the accent on the food is basic rather than fine dining, so I doubt that you would argue about the year of a Barolo to accompany pizza. 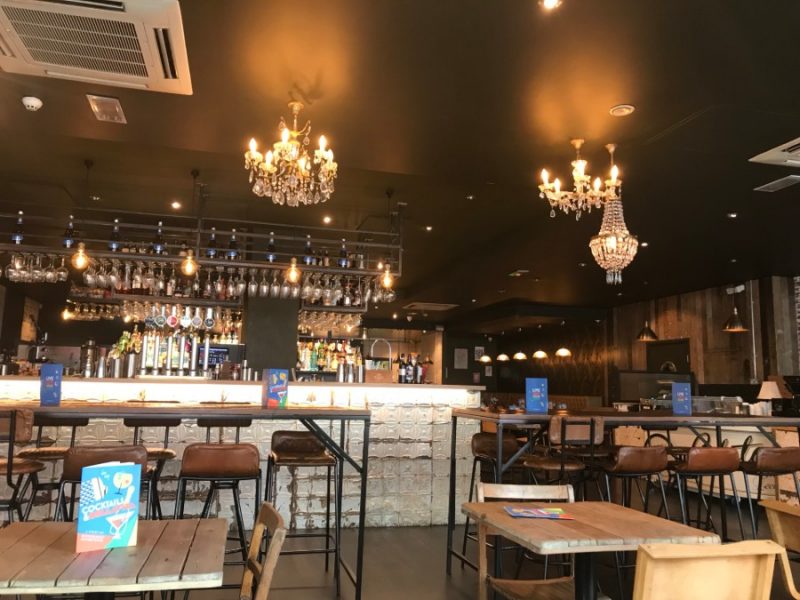 I had had a sneaky peek at the menu on-line before I called and thought that I knew what I wanted, but when I arrived I saw that they have introduced a special lunch deal, and boy, what a deal it is.  For the princely sum of £7.50 there’s a choice of a pizza slice, an item from the street food menu or a focaccia as well as a side dish or nibbles. At menu prices, my main course would have cost that amount on its own with the Rocket and Parmesan Salad side order being a further £3.95.  The portions were not scaled back to save on ingredients either.

When I sat down I was presented with a menu and after saying that I wanted the lunch deal a small blackboard arrived which displayed the pizzas which were a part of the package.  Any one of the Focaccia was eligible as were all the street food items. I was told that if I felt hungry the street food dishes might be a bit small, so I opted for Focaccia topped with Pancetta coppata, Friarelli and stracciatella Mozzarella.  You already know about the salad.  As I was getting a result as far as the food was concerned, I decided that a glass of house red would not be a bank breaker, especially as it was Leeds Living’s bank and only £4.10 for 125ml. 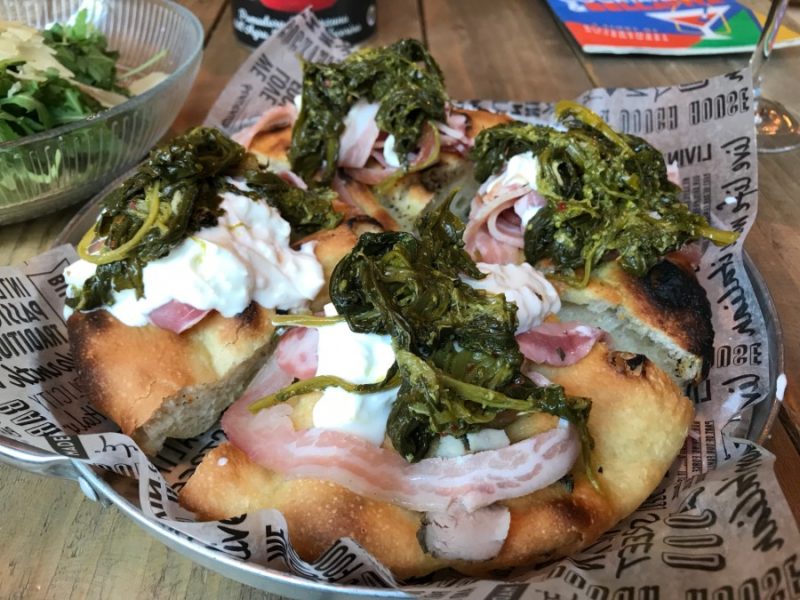 I thought that the bread would probably be a fairly small piece as the pizza comes by the slice, but when it arrived it was an enormous portion.  I should have reversed the logic in the waiter’s initial advice and reasoned that if the street food came in a size for those who were not particularly hungry, the other options must be for the ravenous.  A full focaccia arrived, cut into four slices and heaped with topping.  There was an abundance of pancetta which was cooked but not done to a crisp, allowing the flavour of the meat and fat to be appreciated.  Friarelli is Italian broccoli, but instead of the florets they favour the leaves which look like, and have the texture of, spinach but are a little more bitter.  The stracciatella Mozzarella was creamy enough to compensate for any bitterness and the two went together really well.  Stracciatella means ’shredded’ and the cheese made from buffalo milk is broken down using a shredding method which makes it more creamy than conventional Mozzarella.  Needless to say, the home made focaccia was light and well-flavoured, so not quite as filling as it looked, but not far off!  There was no shortage of Parmesan shavings on the rocket and the whole meal was wonderful, as was the wine.  An array of condiments was provided on the table, but the rocket salad was already dressed and required nothing extra; neither did the focaccia. 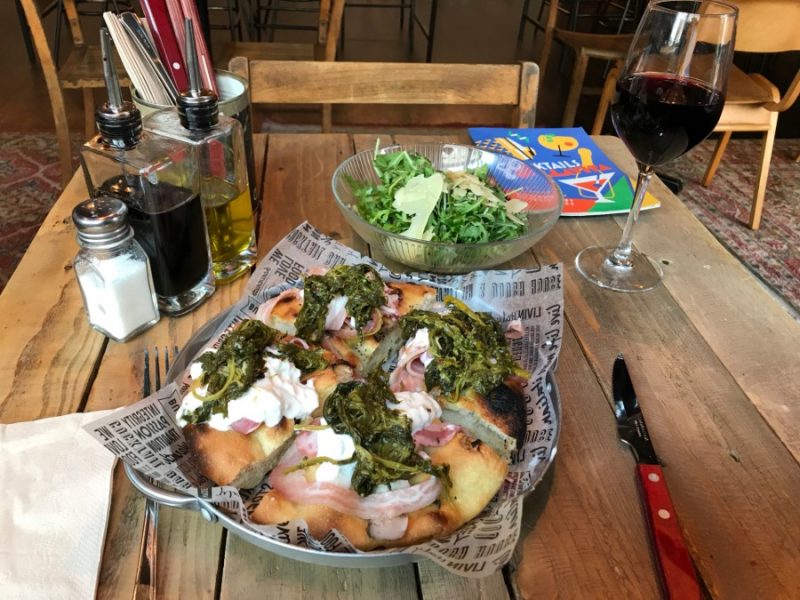 I worked my way through the feast and, although my appetite was sated, I had noticed a section listing handmade gelato so, my diet having gone right out of the window already, I opted to have a medium cup for £3.95 comprising two flavours.  My choices were a rich Pistachio Sicilliano and a lighter Yogurt Amarena Cherry. Once again, both were delicious and complemented each other well.  A black Americano coffee (£2.50) was a perfect ending to proceedings. 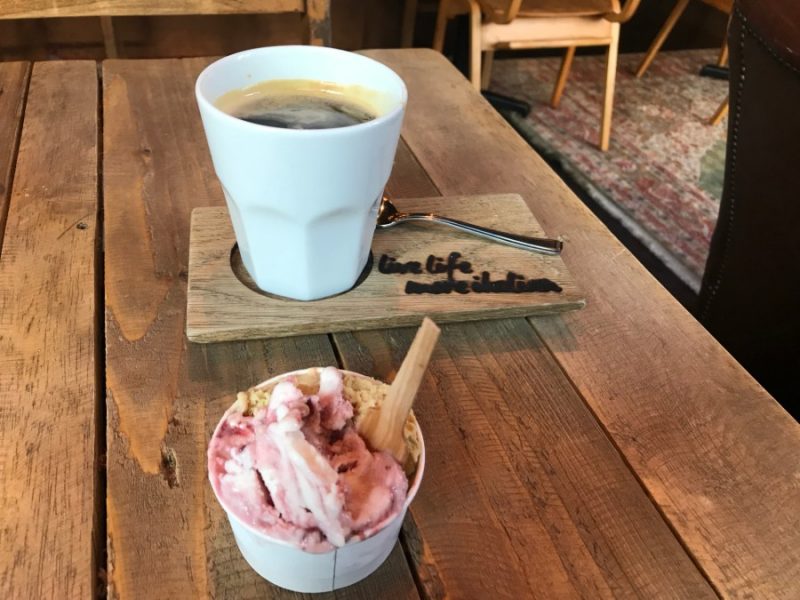 After a period of reflection and a feeling that if I didn’t try to get to my feet now I would be there all day, I upped and left – an older, wiser and much fuller man than when I arrived.