Let’s Do Lunch at Humpit

Stan takes shelter in The Corn Exchange this week, ‘seeing what all the fuss is about’ at health favourites, hummus and pitta mad Humpit.

What with the impending festive season and its associated overindulgence, I decided to have something a little lighter for lunch this week. I realise that self-restraint is not my strong point but you’re never too old to change. I had also read several articles about awards bestowed on Humpit so I thought that I would see what all the fuss was about. Another factor affecting my decision was that it was the end of November, cold, windy and raining so the Corn Exchange seemed like a suitable refuge from the elements. The Corn Exchange must possess one of the most elegant interiors of any building in Leeds and the Christmas decorations reflected this. None of the brash, every colour of the rainbow, assault on the eyes; just a muted palette of green and gold. Spectacularly understated.

This could also be the description of the menu, which is limited to say the least. I am assuming, a dangerous practice, that Humpit is a contraction of hummus and pitta, as these seemed to be the two main items on offer. I have no problem with a limited menu as I would far rather a food outlet stick to what it is good at than try to dabble with everything. There is nothing more off-putting than a takeaway menu through your letterbox which offers curry, pizza, kebabs and southern fried chicken. You just know that Colonel Sanders has no idea how to turn out a decent Lamb Madras, or even southern fried chicken if it comes to that. I am lucky enough to have friends in Kentucky and when I visit them we go to a local eating house called Wallace Station, just outside Lexington. It is named after a racehorse, another of the state’s specialities. They do fried chicken but only on Mondays. Other evenings have their own signature dish so you just know that it is going to be done right and, boy, was it!  Still, I am not here to review a restaurant in which very few of you may have much interest, so let’s stick with Leeds. 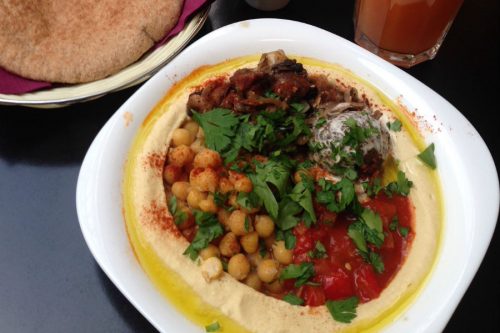 I began with the Humpit Classic at £4.50, which is a bowl of hummus, whole chickpeas, parsley, olive oil, paprika and pitta bread on the side. There were options of accompaniments of spicy salsa, felafel and mushrooms and onions at £1.00 each. Should you wish to sample all three, and who wouldn’t, it was £1.50 the lot. The drinks menu is smaller than the one for the food, with a few soft drinks and a juice of the day which, when I called, was carrot, apple and ginger so I went for that, £2.40. When the meal arrived the hummus was piped round the top of the bowl with the chickpeas and options in the base. Without exception the components of the dish were absolutely wonderful and the whole tasted like more than the sum of its parts. The felafel was dense but moist, the salsa was tangy with tomatoes and the mushroom and onions were a great combination in that they had not been overcooked into an unidentifiable mush, but still recognisable as separate entities whilst combining their taste. The pitta was so soft and warm that I considered asking if they could do me one six foot long so that I could crawl into it. The waitress also pointed out a small green dish which was a herb salsa. She said that I may find it a bit hot so I should approach with caution. It turned out to be quite tame but very tasty all the same. The juice had been made to order and had plenty of fibre from the fruit and vegetable still there. The pulp was so thick that, even though the straw provided was of a large bore, I could still revert to childhood and make slurping noises when I got to the bottom of the glass as I was not going to leave a drop.

Apart from being in one of the prime locations in Leeds, I now know why it has garnered so many awards. The food, service and prices are all impeccable. One final touch which I found really appealing was when I went up to the counter to ask where the tips jar was I was directed to the charity box for St Martin’s Hospice, as that is where all the gratuities go. What a wonderful gesture. Needless to say I doubled the amount which I was going to leave. Well, it is nearly Christmas. 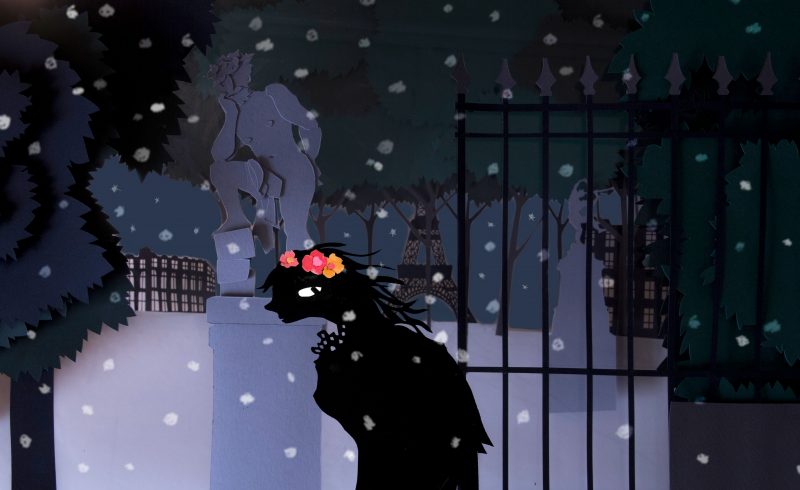