I had chosen a venue for my review before I left home rather than winging it as is my wont, but the place I had earmarked was not really suitable in that it didn’t have much of a choice and was basically an all day breakfast bar.  What to do?  My first thought was to cheer myself up by blowing the budget on somewhere fancy, but then I thought again and decided to treat myself by going to a place where I could rely on a good pint and hopefully a decent lunch.  I have visited most of the North Brewing Co.’s pubs but never been to the new Tap Room in Sovereign Street, so I thought that I would pay them a call. 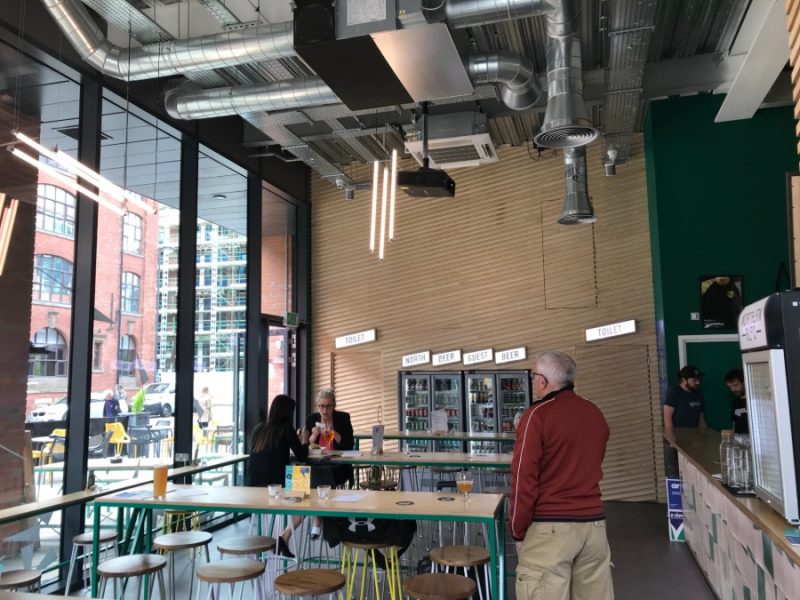 I might very well be mistaken, I seem permanently to be so nowadays, but I think that the new building in which the Tap Room is situated used to be the site of the Queen’s Hall, which was Leeds’ main concert venue in the 1960s, 70s and 80s.  It played host to such legends as The Beatles, Rolling Stones, Duran Duran and even Mr Acker Bilk and his Paramount Jazz Band.  More significant than all of these, however, was that it was the annual venue for the Great British Beer Festival, so it seems like a great place to open a boozer. 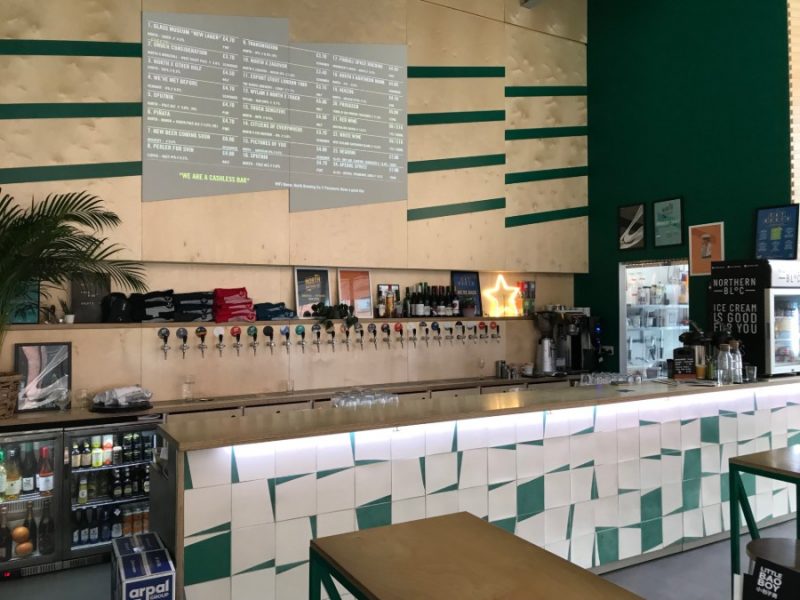 Thankfully, the new building is much better suited to dispensing beer than the old place, which was probably the worst in the world for serving ale, as it had a glass roof and the GBBF was always held in July or August, so the hall was turned into a huge greenhouse, meaning that your pint was at body temperature or above despite the cooling ‘snakes’ which were employed to keep the ale chilled.  Incidentally, in winter it was not much better for staging bands because the sweat generated by the audience’s gyrations would condense on said glass roof, which in January would be freezing cold, and fall back to earth akin to a storm in the Amazon Rain Forest.

Any road up, it is the here and now we are bothered about and the large modern bar area is a very pleasant space and laid out so that there is plenty of room either to sit down or mill around.  What I like about North Brewery pubs is that they are all different and not clones of one another.  I ordered a pint of Sputnik at £4.70 and then went to the food counter which is run by another Leeds institution, Little Bao Boy.  I was pleasantly surprised to see that they have a lunchtime special, where you can have two baos for £7 which can be a £2 saving on the regular price.  For those who are not familiar with these oriental delicacies, bao are fluffy discs of bread which are lovely and light because they are steamed rather than baked. 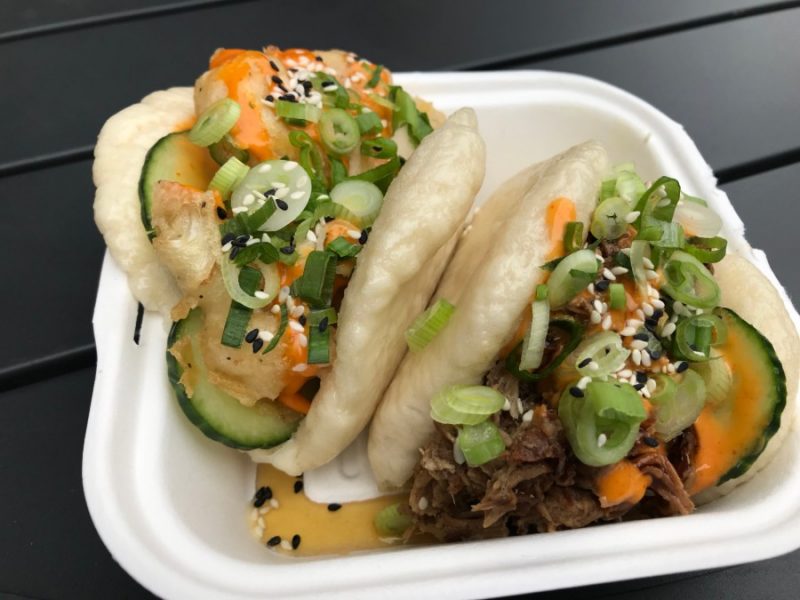 For my two I chose the East Meets West, which was filled with pork shoulder slow cooked in chilli, soy sauce, ginger, apple juice, five spice and garlic.  It is served with cucumber, spring onion, toasted sesame seeds, hoisin glaze and sriracha mayonnaise.  Sriracha is another form of chilli sauce.  Don’t be put off by the seeming excess of chilli – the bun was not an assault on the taste buds but subtly flavoured which, along with the other components, spanned the gamut of tastes.  My second choice was Beer Battered Cauliflower.  I think that cauliflower is my favourite vegetable and here it was fried in Sputnik beer batter mix and topped with similar goodies to the pork, except for the glaze.  Not only were they both excellent but were also able to be eaten in the hand without disintegrating, a plus when you are wearing pale brown chinos and a white shirt.  The pork was beautifully unctuous and tender whilst the cauliflower still had a crispness to the stalk of the floret.  Perfect.  What also made the day complete was that there is outside seating; not the greatest view in the world, granted, which I made use of and wondered why so many people go to sandwich shops when there is food like this available at the same price, if not cheaper. 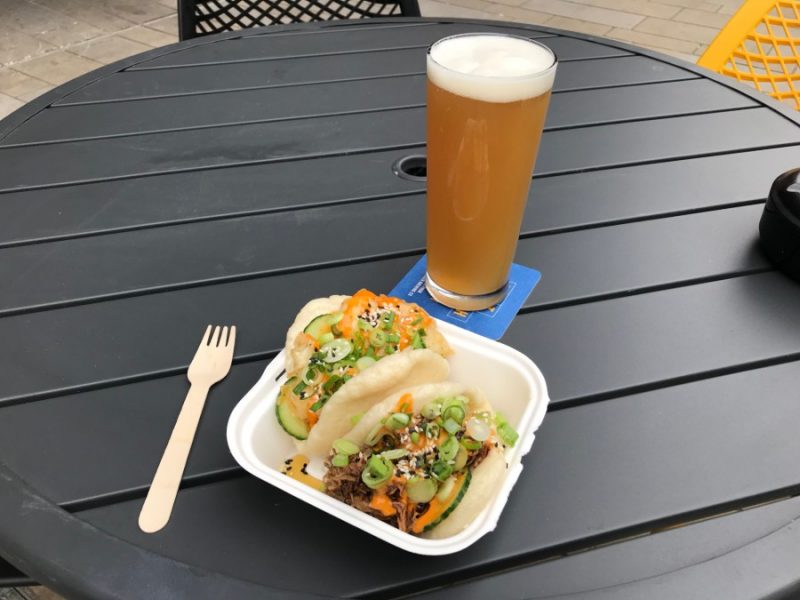 Once again I have had a great lunch at a Plan B venue, which just goes to show what a great place Leeds is at the moment when it comes to dining out, even in a beer hall.  If you are not adventurous enough to try the bao buns, might I recommend your calling at the North Bar in New Briggate, where you can get the great Yorkshire lunch of a pint and a pork pie.  Go on, you know you want to – and the brown sauce is free.