Let’s Do Lunch at Pizza Fella

The phrase ‘less is more’ springs to mind when reviewing Pizza Fella, the restaurant on Vicar Lane.  I pass the place fairly regularly so thought that it was about time I called in to test their wares.

Not only does the less is more philosophy apply to the decor but also the food, which is what makes this place stand out from a lot of the others. 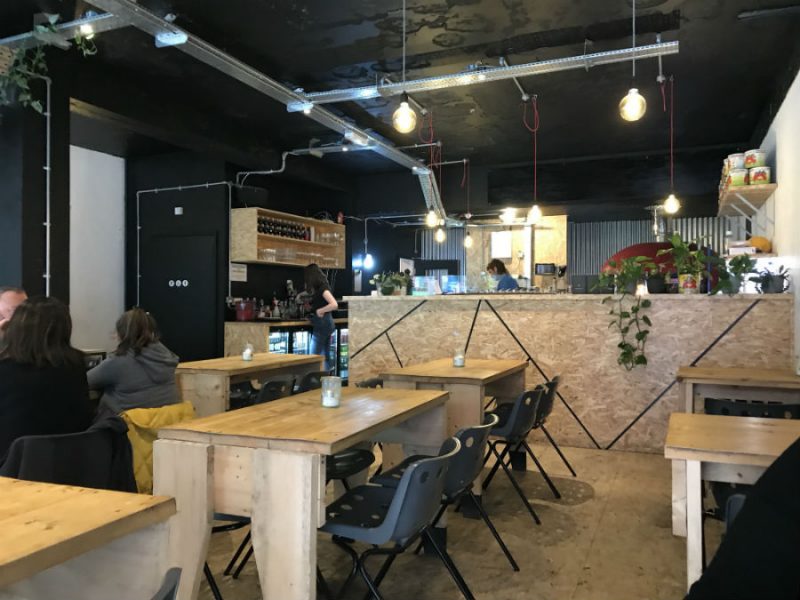 This is the second time in a week I have come face to face with a stripped back pizza.  The last one was ordered by a friend of mine at another establishment, but today I had one all for myself.  I realise that the cuisine of Italy is as varied as anywhere else and so dishes with the same name vary from region to region, as happens in this country when, if moving from Cornwall to Devon, the way in which you eat a cream and jam scone differs fundamentally. Pizzas are a case in point, where the base and the toppings are changeable.  In Rome, the base is thin and crispy, whereas in Naples it will be lighter and thicker.  There are then the American abominations with a further range of combinations such as the Chi-town ‘deep pan’ base, which is as stodgy as you can manage.  Then there are the toppings, the Italians keeping it simple with locally produced delicacies, whilst Americans pile them high with everything they can lay their hands on.  Until recently we were not much better – witness the great pineapple debate of a few years ago, but thankfully there are now more authentic versions being produced in the UK and in Leeds in particular.

The decor at Pizza Fellas is stripped back, with basic tables and chairs or longer benches from which you can sit and watch the world go by. The menu continues this theme, with the pizzas themselves not having names but numbers. Most of the choices have a maximum of six toppings, two of which are the basic fior di latte and tomato, the vegan options dispensing with the former.  I was dining with a friend, so we had a bowl of nocellara olives dressed with extra virgin olive oil to start with, and at £3.50 there were ample for two. The other starters were either salads, not really suitable for sharing, or bread based, meaning that with the pizza we would have had more carbs than a Ferrari. I had a glass of Nero D’Avola at £4.75 for 175ml, whilst my friend had an Italian Cola (Baladin) £3.00. 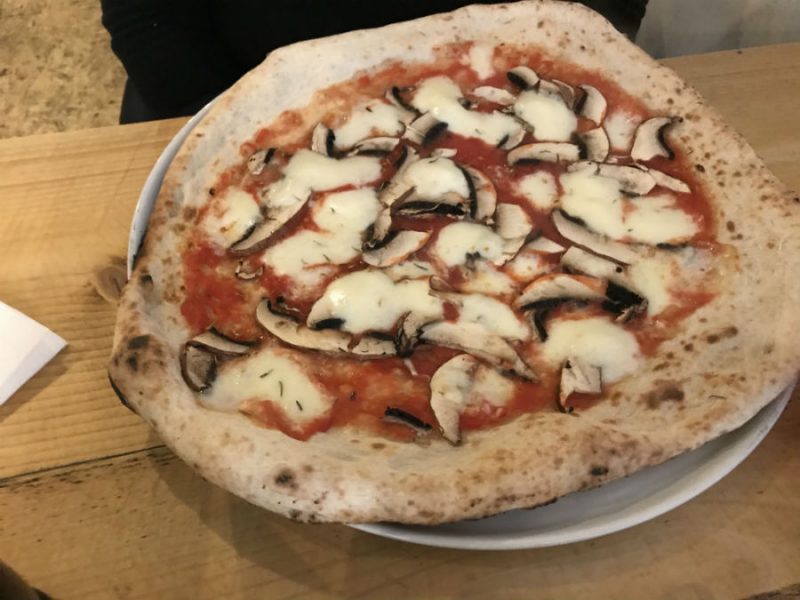 For the main course, we had a Number Four at £9, which had the addition of portobello mushrooms and thyme, and a Number Eight with nduja, balsamic onions and fresh chilli at £11.  A note in the menu says ‘We make our dough on site using 4 ingredients – caputo flour, Yorkshire water, salt and yeast. We then let the dough prove at room temperature to create a soft, light, easy to digest pizza.  We hand stretch the dough and cook in our wood fired oven for 60-90 seconds to create a soft and floppy Neapolitain pizza.’ A minute doesn’t sound a lot of time to cook dough, but the oven is so hot that it is fine.  My companion and I both agreed our pizzas were excellent.  The nduja, a spicy, spreadable sausage, strategically placed in dollops on the cheese and tomato, carried a fair bit of a kick and livened up the pizza no end.  The base was just as described and meltingly delicious. It would have been a tragedy to have piled it high with unnecessary toppings, thus masking the subtle taste. For the same reason, I was also pleased to see that the tomato didn’t cover the base completely. 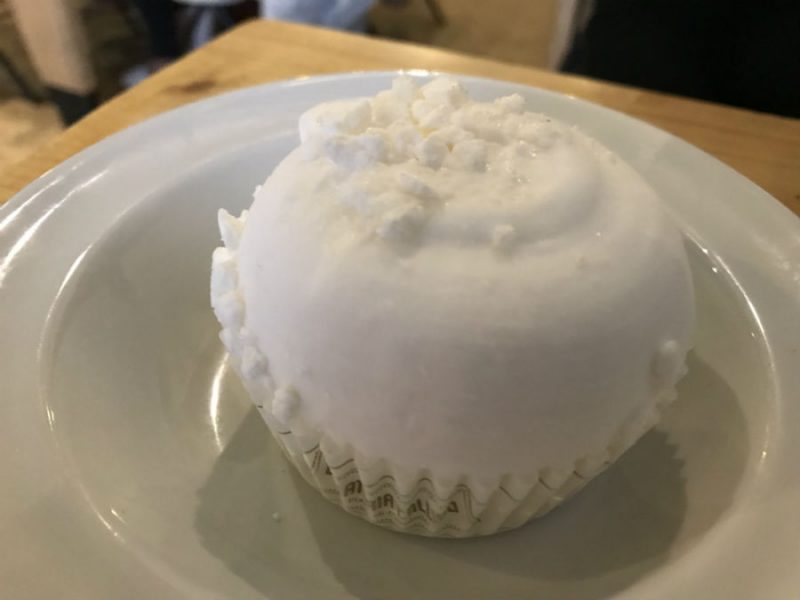 Desserts were similarly straightforward – a Tartufo Lemo with an unctuous gooey lemon filling, and my Affogato, both £4.50. It is ages since I have had Affogato, which is vanilla ice cream with a shot of espresso. They are served separately but the idea is that you pour the coffee over the ice cream. Because I was taking photographs, the espresso had cooled down a bit too much so I didn’t get that hot v cold battle going on in my mouth but it was good nevertheless. A black Americano at £2.30 completed the meal. I sometimes wonder how I ever get to sleep. Fortunately, I don’t seem to be affected by caffeine.

Finally, the service kept up the minimalist theme with the waitress, Alexandra, delivering everything in a pleasant, efficient way.  She was attentive without being overbearing. What made her a cut above the rest was that she was always scanning the room, even when not taking or serving orders and so you could instantly attract her attention should you need anything. There is nothing so annoying as wanting your bill and all of the serving staff are in a huddle or looking everywhere but towards the customers, especially at lunchtime if you have to get back to work. Well done indeed.