Shhhh! Please keep this to yourself as it won’t be officially announced until Sunday, but LivinItaly Dough House (on Cloth Hall Street next to the Corn Exchange) is launching a regular Bottomless Pizza Sunday.

Leeds Living was invited to send someone to attend an event promoting a Bank Holiday Special of Bottomless Pizza, along with a selection of cocktails based on VII Hills Gin, who will be giving a presentation on the day.

Unsurprisingly, it was already sold out so at first sight this evening’s bash had become redundant.  However, this success had encouraged them to introduce something similar, without the gin collaboration, every Sunday. As I mentioned, this won’t be officially announced until Sunday so please don’t drop me in it by letting the cat out of the bag.  Just make sure that you get yourself booked in before everyone else finds out, OK?

But wait.  Did that mean a stop at the chippy on the way home for something to eat?  Nah, of course not.  We were still treated to the full Monty with a selection of pizzas and gin cocktails which will be on the Bank Holiday menu.  Of course, all were delicious.  There were two vegan options, a couple of vegetarian ones and five carnivore creations, so all bases were covered, if you get my drift. 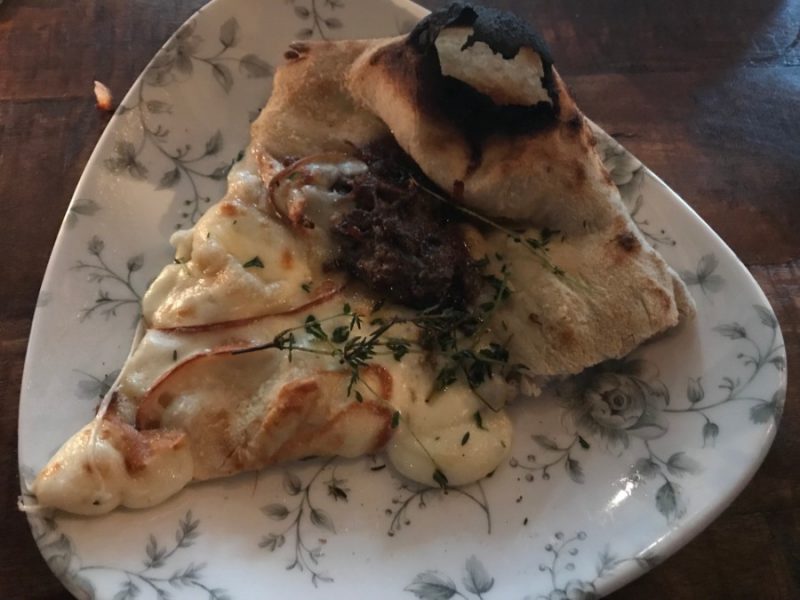 My favourite by a long way was the Stracotta which was Mozzarella, Fior di latte, slow-cooked rib of beef in red wine, smoked Scamozza cheese and fresh thyme.  It is great to get a properly crafted pizza whose dough has been made using authentic ingredients, along with no-expense-spared toppings which turn the dish from a cheap and not so cheerful freezer staple into an authentic Italian creation.  The beef was worthy of being used as a ragu with fresh pasta and had obviously been some time in the preparation.

Then there was the service.  Without fail, every single member of staff was polite, charming and took their job seriously. You would expect that at a Press launch but I couldn’t imagine them being any other way during normal service.  I have reviewed Dough House for my Let’s Do Lunch series which are all done incognito and I found those who were on duty at that time to be just as good.  I put this down to the influence of the boss, Alessandro, who I have known for a few years now and is never without a smile on his face and welcomes each customer like a long-lost friend. (Fortunately, he was on holiday when I did my incognito review). 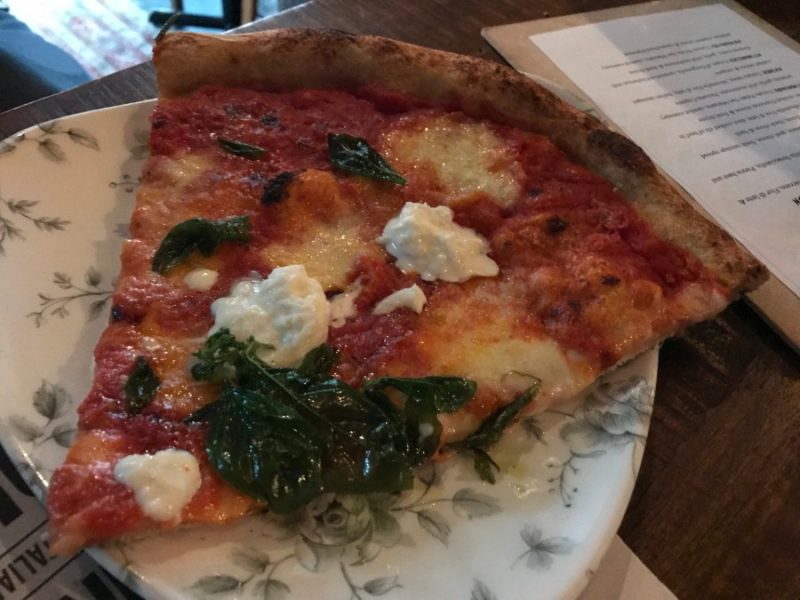 After we’d been fed and watered we were given the details of Bottomless Pizza Sunday, which will comprise a selection of the regular pizza menu being served by waitresses circulating the room, dispensing slices straight from the oven, thus ensuring it is fresh and piping hot rather than having it stand on a table like a buffet.  This also gives you the opportunity, as we were, to sample several toppings which you might otherwise not have tried. It was like being at an Italian party. The cost of this extravaganza will be £15 per head, which is great value given the quality and when compared to the regular menu price it is a positive steal.  It will be available all day and the selection of pizza on offer may change from week to week, giving you an excuse to call again to see what’s on the go. 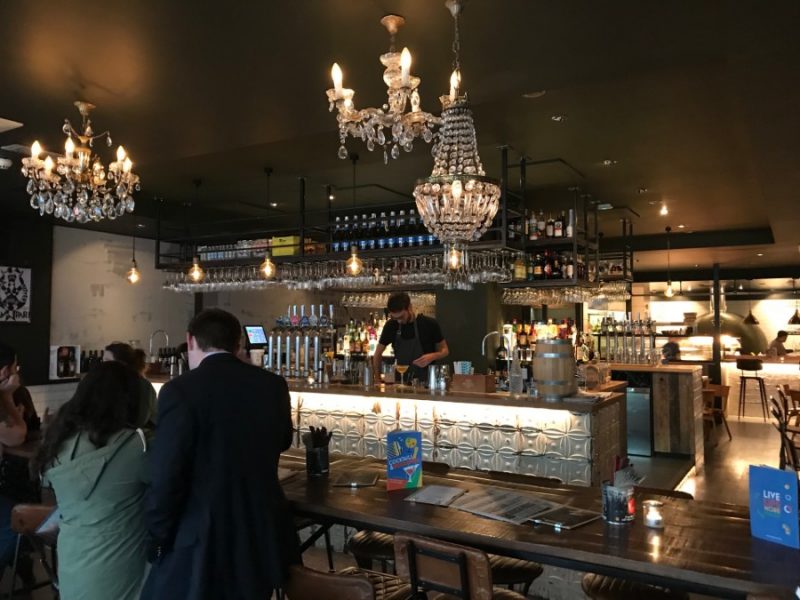 For those of you who’ve not yet had the pleasure of dining at Dough House, the room itself has an opulent feel without being stuffy, the chandeliers above the bar compensated by the wooden tables and chairs. This is also helped by the large windows which slide open to make it feel as though you are eating al fresco whilst actually being inside. There is a more intimate area to the side of the bar with banquettes and chairs.

I entered the restaurant as a fan of both this branch and the one in Granary Wharf, and left being an even bigger fan.  This was because of the great food, drink and service along with the amount I’d eaten!  Looks like salad for the foreseeable future.