When I worked as a betting shop manager in East Parade in 1973, I had an area manager with the annoying knack of dropping into the shop on the one occasion of the week when I was messing about in a quiet minute…..

to relieve the stress of having to deal with disgruntled punters or clearing my head after calculating the returns on a 5p each-way Yankee when all the winners were odds on. There were no computers in those days, so it was mental arithmetic and an argument because I had rounded it down by a penny. The building where my shop was situated has long gone, but just over the road from where it was is now Blackhouse Bar and Grill, where Leeds Living was invited in order to write about the launch of their new menu. The reason I mention my cv is that I understand perfectly how the people at Blackhouse feel, as every time I go there, something is wrong. As for my fellow diners, all went like clockwork, but for me there was the usual glitch. 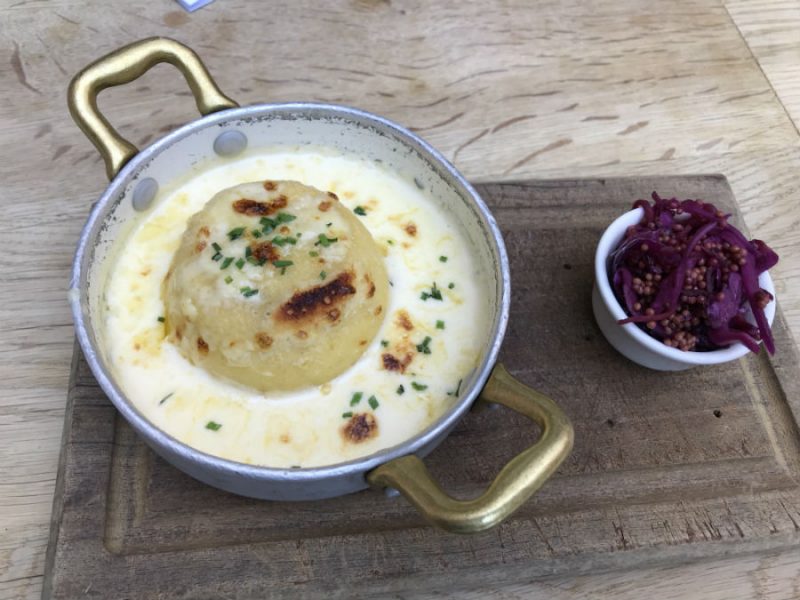 It is always pleasant to be greeted with a drink and tonight it was an Apple and Elderflower Bellini, a good way to get the tastebuds sharpened, with its palate-cleansing freshness. We took our seats in the conservatory at the back of the premises which is earmarked to become a Gin Garden overlooking the square and just in time to watch the Wimbledon Tennis Championships on a big screen being erected for the purpose. Before long, a succession of starters had been delivered for our delectation on a help yourself basis. There were also a couple of nibbles in Home-made Pork Scratchings and Cheese and Ham Popcorn. Both were good but the scratchings were absolutely sublime. They were lighter and crisper than the bagged version and when being eaten, it didn’t sound like the Scots Guards marching along a gravel path. 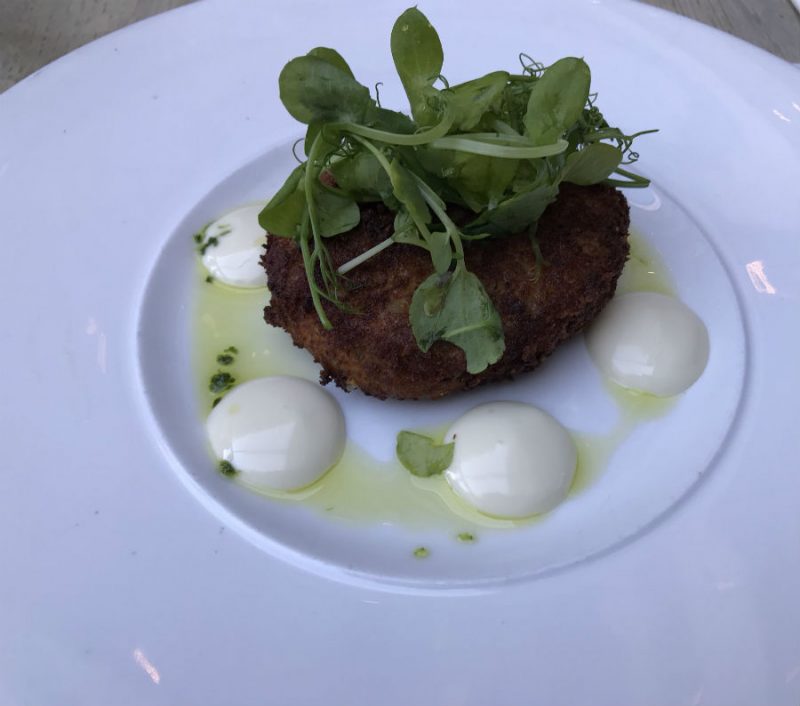 The real starters ranged from Smoked Haddock Fishcakes to Quails’ Eggs with Celery Salt. All were very well thought out, my favourite by a long way being the Cauliflower Cheese Soufflé. The vegetable had been blended but still retained its taste and the cheese was superb. My other favourite was Potted Beef, which was identifiable as meat, being stringy in texture rather than the pasty stuff we are used to. The melted butter topping had hardened because of the cool temperature but I thought that that gave it a better feel. Red Pepper Hummus in, would you believe, a Red Pepper was also very good. All of the dishes were beautifully presented. So far, so great. 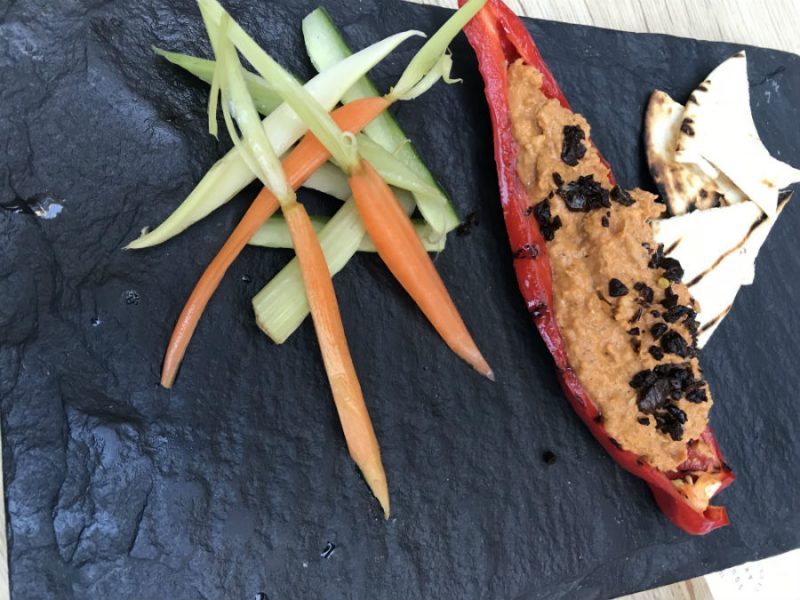 The main courses were ordered from the menu, which disappointed me as this restaurant has built its reputation on being a steak specialist and we were only offered two varieties, one of which was made of aubergine. There was a symbol next to it in the form of a (W).  I couldn’t work out whether it meant it was suitable for wegans or wegetarians! There was Half-Roasted Chicken (half a chicken fully roasted rather than a full chicken half roasted), Stonebass Fillet, Pan-Fried Seabass, Australian Rump (227g), Loch Duart Seared Salmon and the dish I opted for, Chicken Caesar Salad. As there were twelve of us dining, most of the dishes were ordered and they all looked appetising, although the presentation of the chicken and the steak was a bit basic. 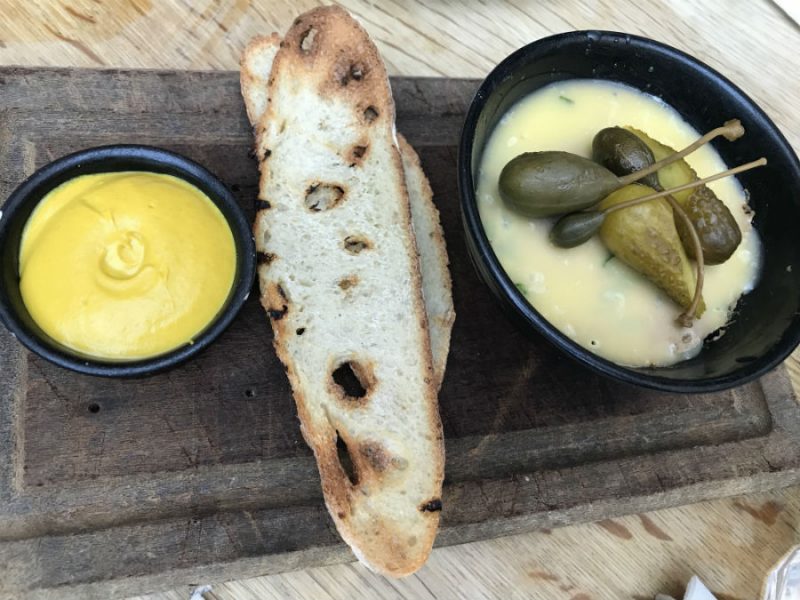 An authentic Caesar Salad is supposed to be prepared at the table but very rarely is and mine was no exception.  A Chicken Caesar salad is also, as its name suggests, supposed to contain chicken, and this is where mine differed from the norm. When it was served the components were contained within the lettuce leaves and I assumed that the meat was lying beneath the dressing, greenery and – very small – croutons, but I was to be disappointed. The waiter asked if I would like Pecorino and I said I would so he grated some over the dish until I told him to stop. I would actually have preferred the correct cheese, Parmesan, and in flakes, but I was a guest and there to see what would be offered to the future clientele. The dressing was very good and, despite finding no chicken, the salad I was given was all right. The irony was that the prosciutto was in long slices rather than diced and so highlighted the absence of its friend the chicken as a contrast. 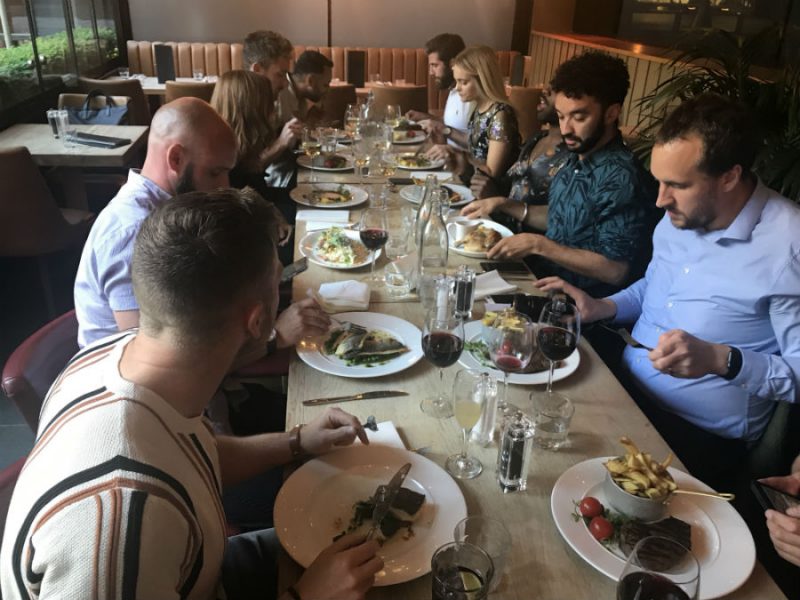 When the waiter returned to clear the table and ask if everything was all right, I told him of the deficiency in my salad and he apologised profusely and went to speak with the manager. I was offered a dessert in lieu, a course which was not complementary to the Press, but I refused as the damage was done and I didn’t feel that piling a lorry load of calories into my body would be of any consolation. Before I left, the manager also offered her apologies, for which I am grateful, but if they can’t get a fairly simple salad right on a Press PR night then there is something amiss, or is it just my presence which has the same effect on Blackhouse as my Area Manager’s used to have on me? 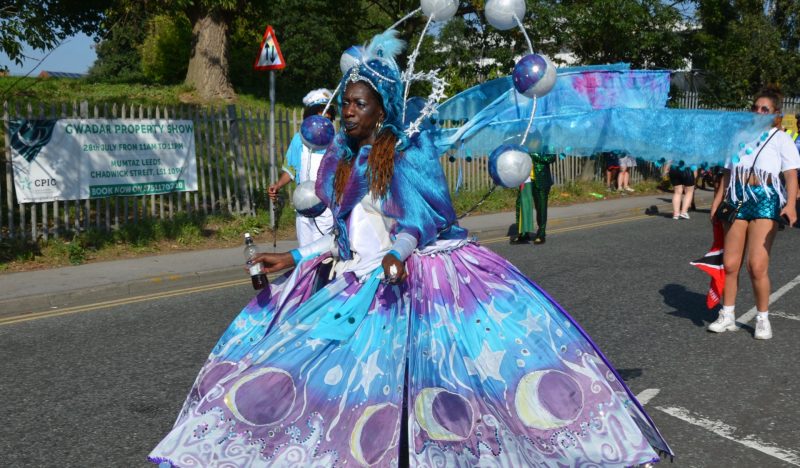 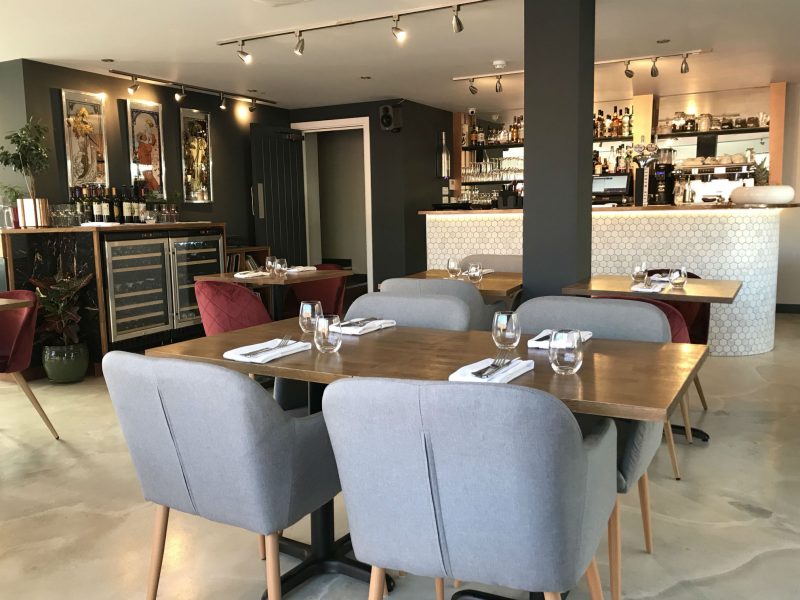 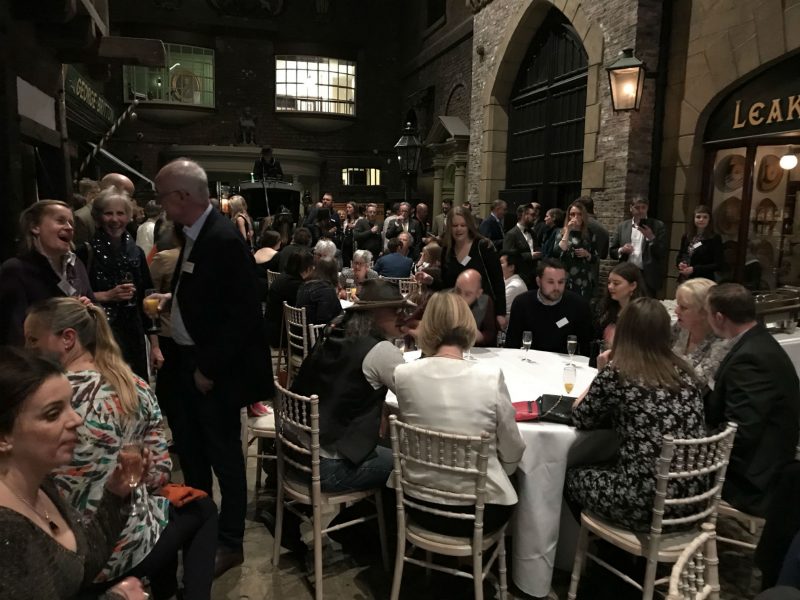