Eat North at North Brewing Co’s brewery in the appropriately named Taverner’s Walk at the bottom of North Street has been running every Saturday since April.

I’ll begin by mentioning the people who provided the food and drink for this week’s bash:  Luigi’s Street Food  Arancini and Pasta, Sabroso Street Mexican, those Leeds stalwarts Falafel Guys, who can be seen in Briggate and Assembly Underground; and Conor’s Cookies, whose wares I admit I bought to take home for an evening of calorific indulgence.

In order to prevent the event from turning into the same old same old, there is a limit of two appearances per year by any of the stalls, so this gives the regular attendees a good variety, especially when you factor in the vegan specials. As with every rule there are exceptions, in this case the permanent fixture that is Rabbit Hole Travelling Cocktail Shop which caters for drinkers whose taste is not limited to the great range of beers provided on tap by the hosts, as well as those who want coffee. 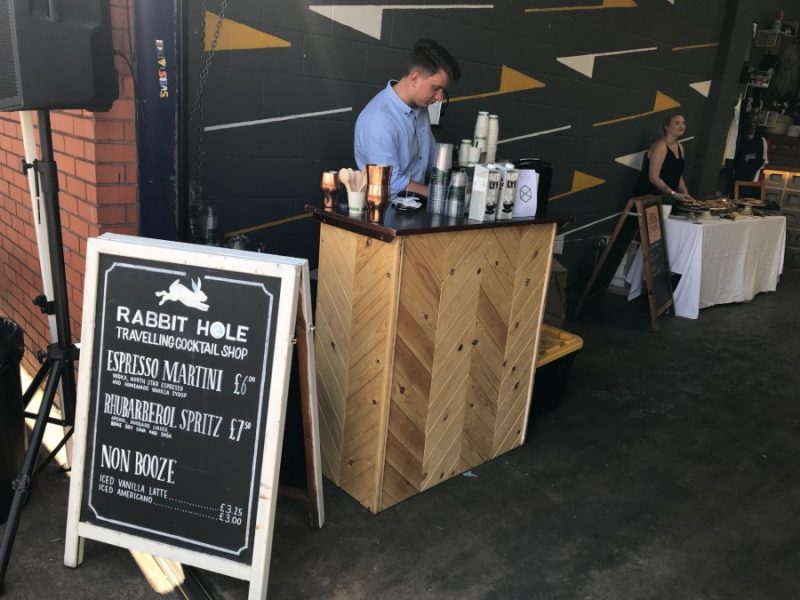 When I arrived I bumped into a friend who, along with an ex-work colleague of his, were already tucking into some of Luigi’s Tagliatelle Pesto. 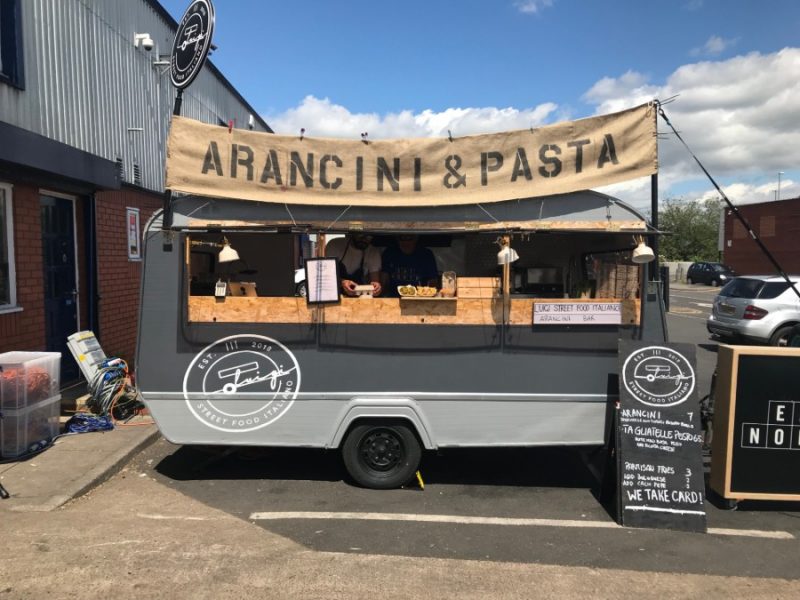 Being the sociable type, they allowed me to share their goodies and unsurprisingly everything was superb.  Pasta is not an easy thing to get right when selling in quantity as it can go from being undercooked to mushy in a very short length of time, as my kitchen waste bin will testify, but Luigi’s was perfectly al dente. 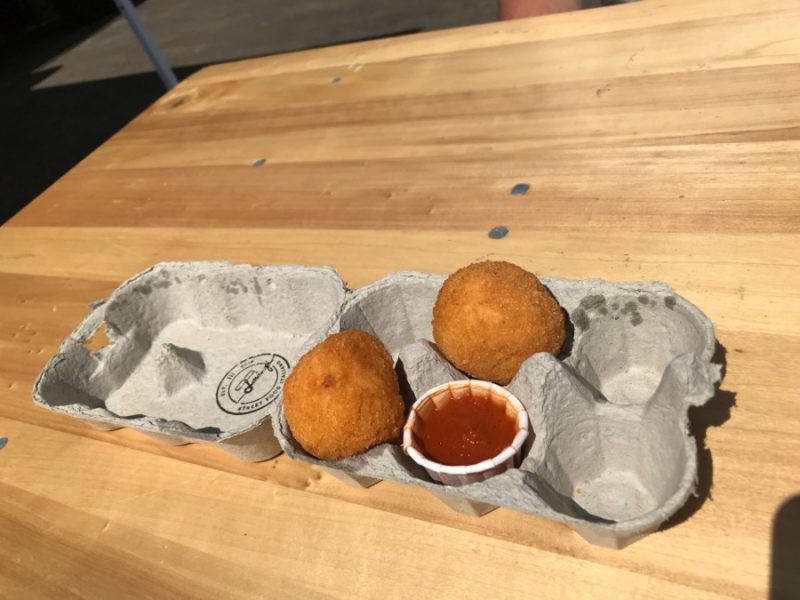 Whilst we were enjoying this mini feast, another friend of my friend arrived with an egg box containing Arancini which she had over-ordered and thought that we were just the guys to help her out.  What a brilliant judge of character.  Again, Luigi had hit the right spot, with the rice balls filled with red cheese and tomato and served with a tomato dipping sauce. 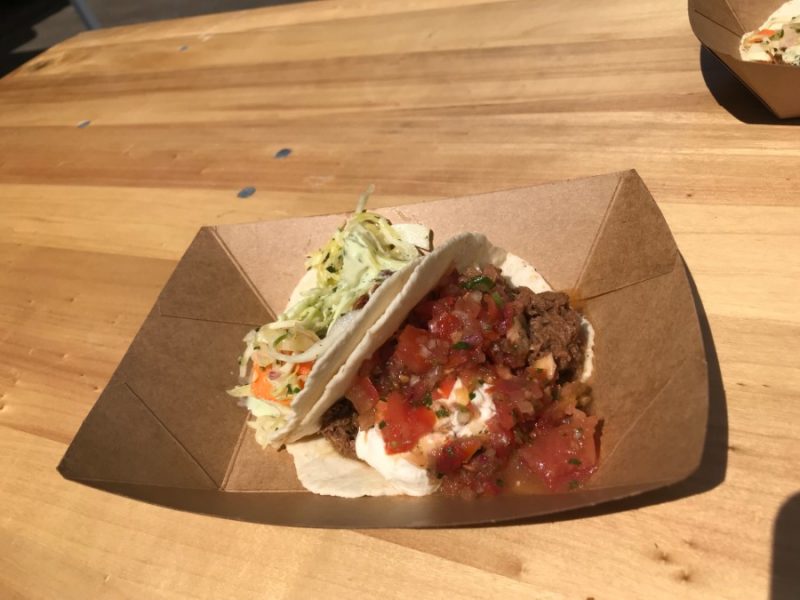 The mini tacos which suddenly appeared from Sabroso Street, the Mexican truck, were a range of four – chicken, pulled pork, pulled beef and a vegan option in jackfruit. The fillings are all prepared by the owner and reminded me of the days when I was able to pull on a Saturday, but that is ancient history now. 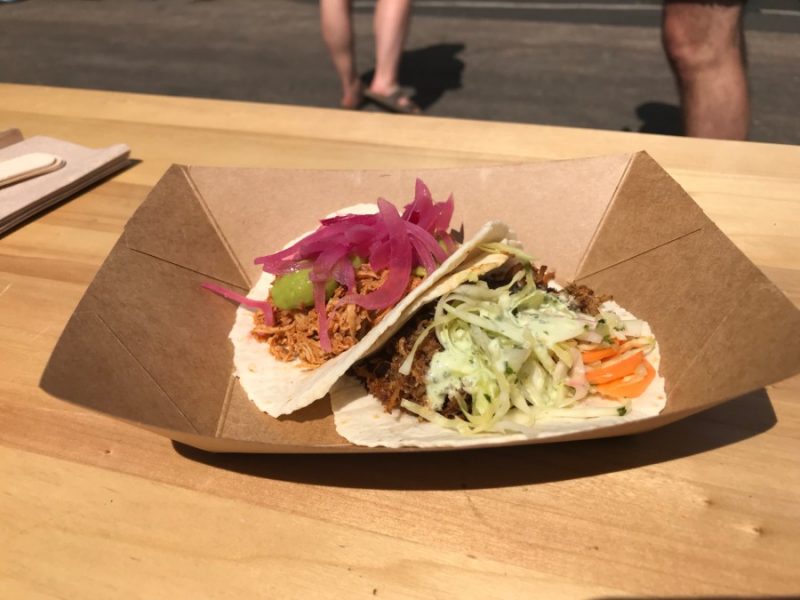 I spent quite a bit of time chatting to the owner as I was seeking refuge from the hot sun in the shelter of his truck’s awning, and when I bemoaned my inability to find authentic Mexican tortilla chips, he gave me a sample of his which he imports directly from Donald Trump’s favourite neighbour.  I was transported to Tijuana 1989.  The tacos with their accompaniments, too numerous to mention, were delicious. 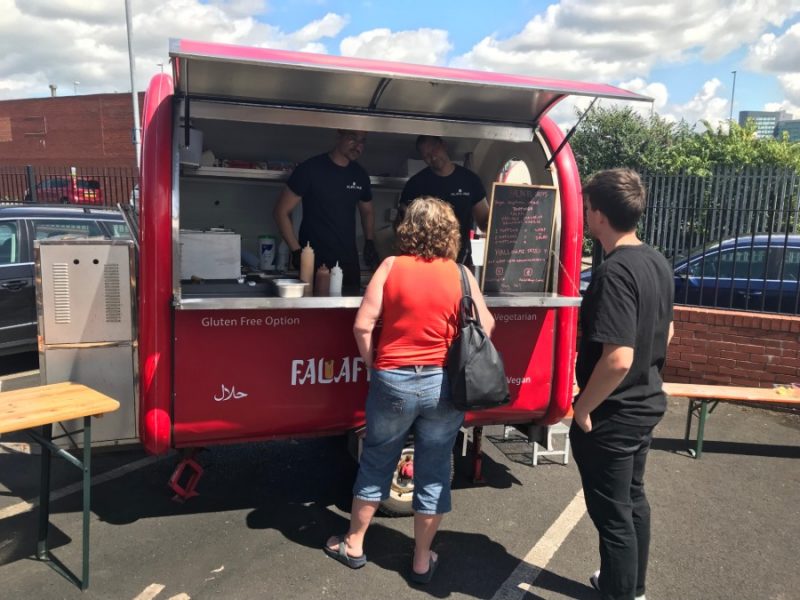 Feeling duly shamed by my lack of input into the feast, I paid a visit to Falafel Guys, where I bought a salad carton topped with all three options, falafel – obviously – chicken shawarma and halloumi.  I added a portion of halloumi fries as I believe that there is no such thing as too much cheese. 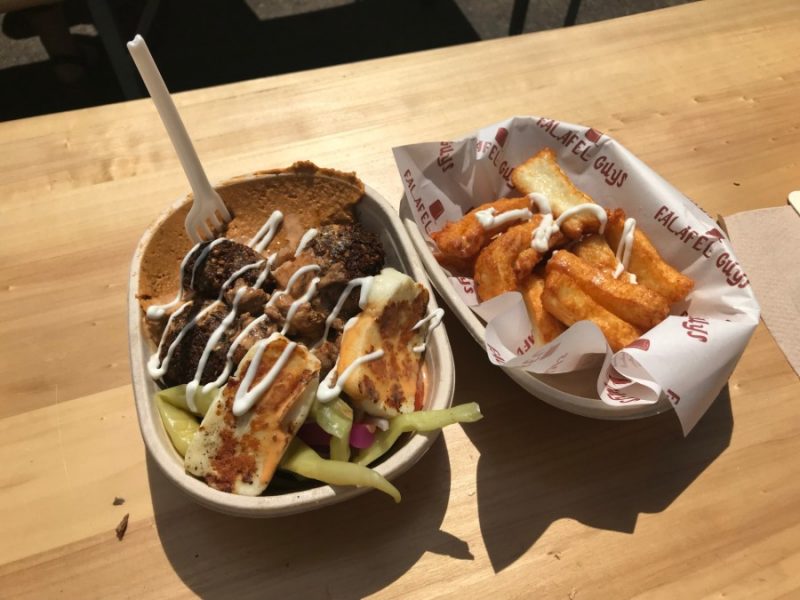 You know what I am going to say here, don’t you? Spot on!  The only thing was that when I returned to the table, my fellow diners’ appetites seem to have been sated so I was more or less left to scoff the lot on my own!  A couple of chaps and a woman who joined us at the table were the lucky beneficiaries of the leftovers, although I have to say there weren’t many of them. 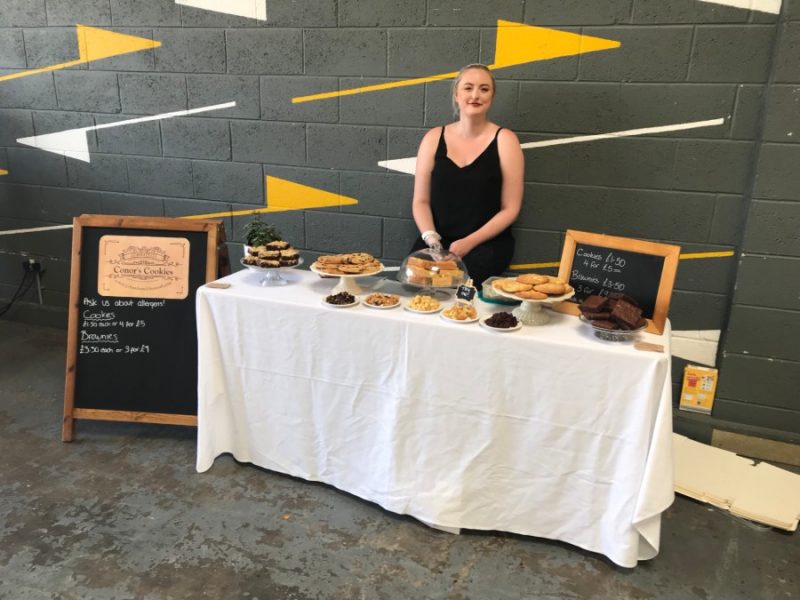 As a footnote, the lemon cake, chocolate praline and choc chip cookie I had in the privacy of my own front room over the next day were a treat and I was glad that I’d taken them home as I’d have otherwise been back to the stall for more.

A couple of pints of North Brewing Co Sputnik completed the experience and I was now feeling that summer had definitely arrived.  When I came to these events last year I was impressed that the glasses in which the beer was served were not plastic (this was before David Attenborough highlighted the havoc caused by this material) but were biodegradable.  This year they have an improved version which is plant-based, biodegradable and compostable. They seem so eco friendly I thought that I should sup up quickly before the container disintegrated in my hand. Well, that’s my excuse for another pint.

I must now take this opportunity to apologise to Rabbit Hole for not sampling their products, but no number of visits to the confessional in the Church of St Oliver of Reed could absolve me of drinking coffee in a brewery, nor would a million Ale Marys. The iced vanilla lattes looked as amazing as the Rhubarberol Spritz sounded. 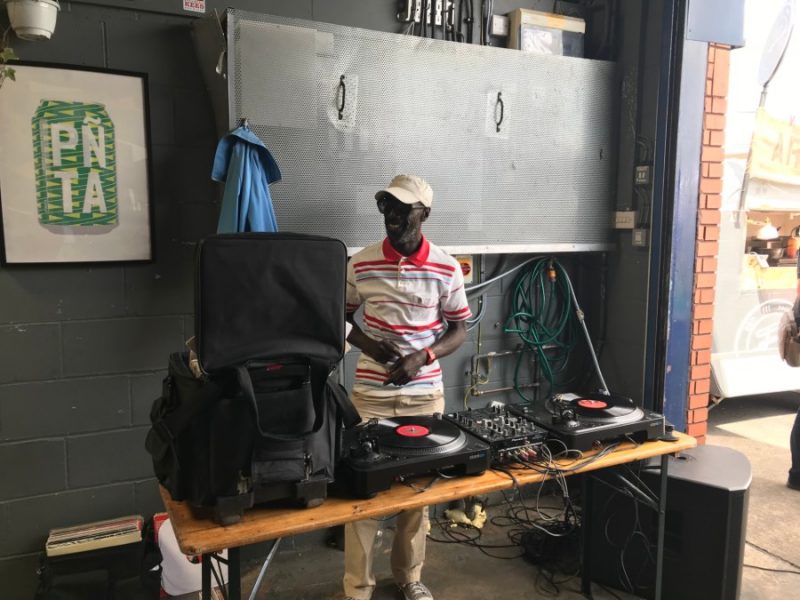 As with all festivals, there are other things going on at the same time as the main event.  The brilliant DJ was in attendance creating a summer vibe, without being intrusive and stifling conversation. He also keeps schtum between the tracks as the music is the important thing.  Why can’t all DJs do that?

When I first arrived at Eat North, there were a lot of empty seats, but within an hour the place was packed, giving it a wonderful atmosphere.  Another addition to the ambience was the number of families who had decided to make this a day’s outing, the children playing in the games area rather than running around causing havoc.

They were also catered for in another way in that, because it was a sunny day at the beginning of July when the sun is at its fiercest, there were complimentary tubes of Factor 50 sunblock especially designed for kids as well as others for adults.  Water dispensers were also in evidence and regularly replenished so as not to run out or get too warm.  I found this to be a very thoughtful touch, but I have come to expect that now. 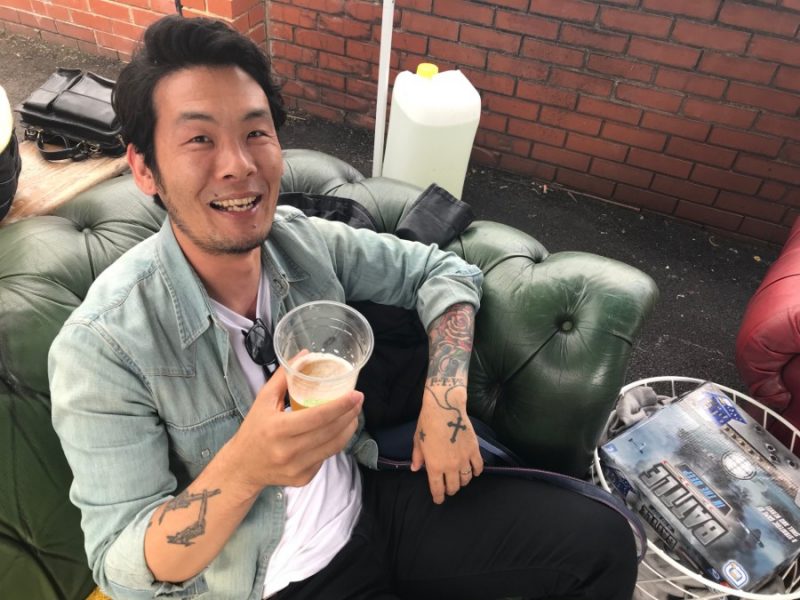 Another spin-off is the people you meet.  When the beer took its inevitable toll and I needed to take, what is now euphemistically known as a comfort break, I was in a loo queue (only in English would two words that look so different rhyme) where I spoke to a Japanese chap who was staying with some friends in Leeds.  He had arrived the day before and was continuing his journey to Wales the day after so, where do his friends take him on his one and only day in the City?   Eat North, of course.  We all should have friends like that.  I also bumped into a chap who has a factory in Ossett next door to the place where I used to work.  He too was a first time visitor to Eat North and said that he and his family were having a great time.  He was drinking a brew at 8.5% so I would have expected no other response. 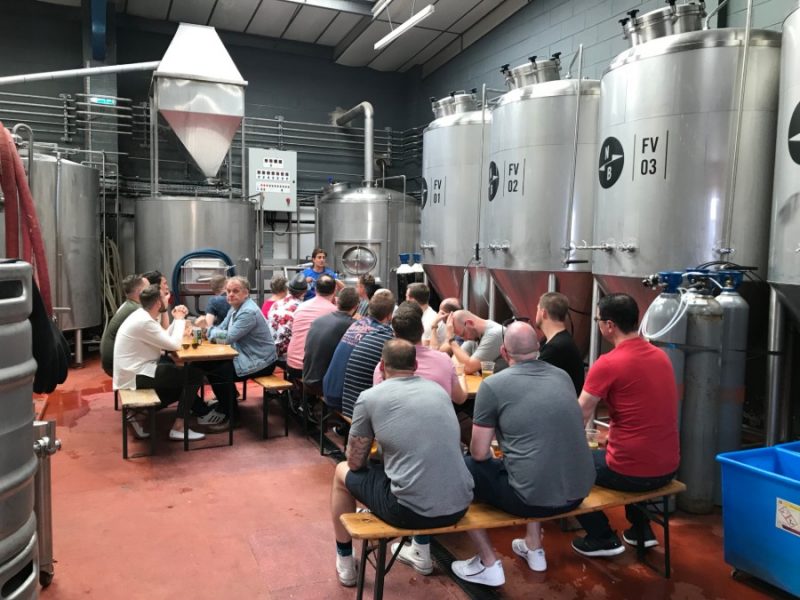 In addition to Eat North, there is also a regular Saturday event which comprises a coach trip round three of the area’s breweries: Quirky in Garforth, Northern Monk in Holbeck, and North Brewing Co, the participants of which were being given a talk by a brewer in the back of the building, adding yet another dimension. 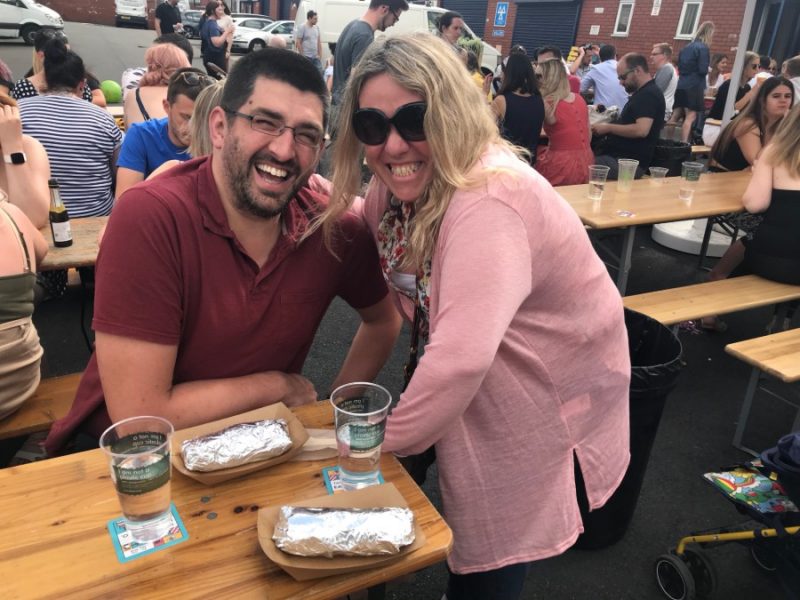 Finally, amidst all of the fun and frolics, a couple of people who are regulars at the event were more than delighted when they were announced as winners of the weekly prize of a dish from each of the trucks and several beers from the bar.  A great day out made even better, all from retweeting a photograph.

If you have never visited Eat North, why not give it a go?  If you have, don’t forget that it’s now in full swing for this year and there can be few more pleasant ways to while away a sunny Saturday afternoon. 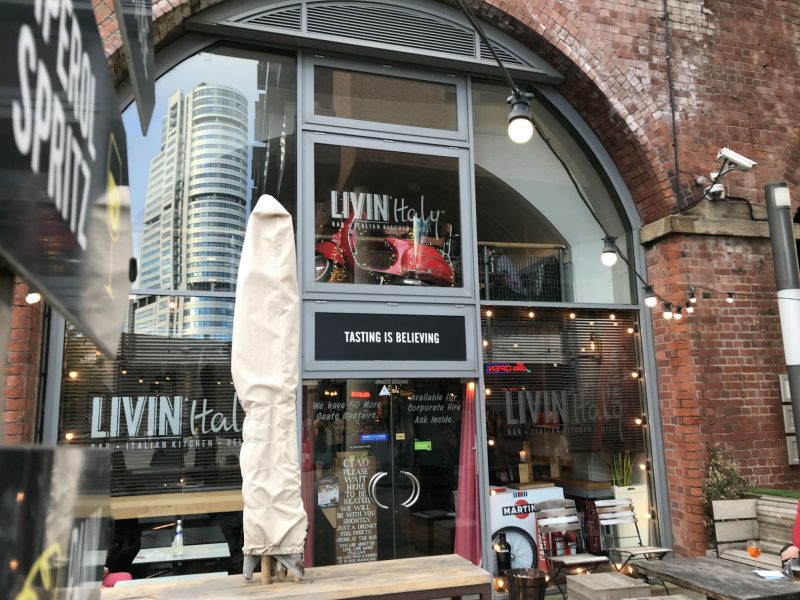 Let’s Do Lunch at Livin’Italy 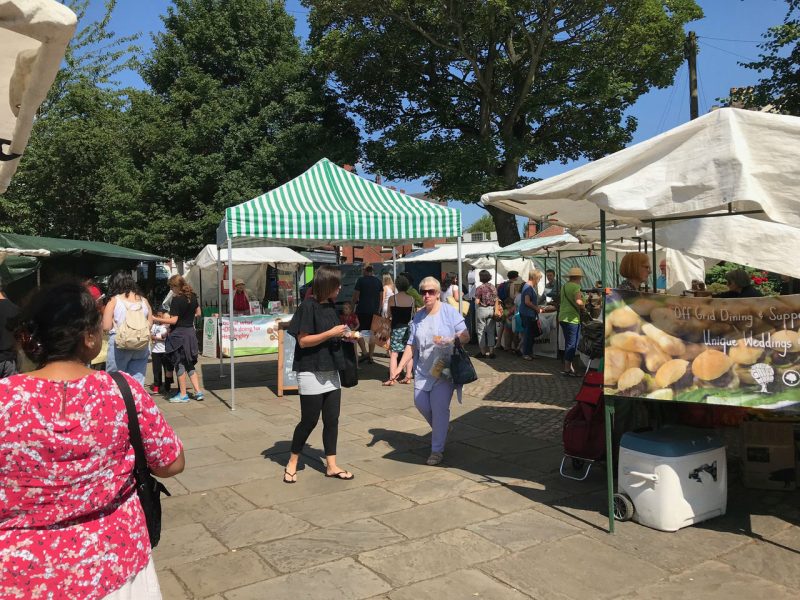 Leeds and Beyond  – Farmers Market  4.  Headingley 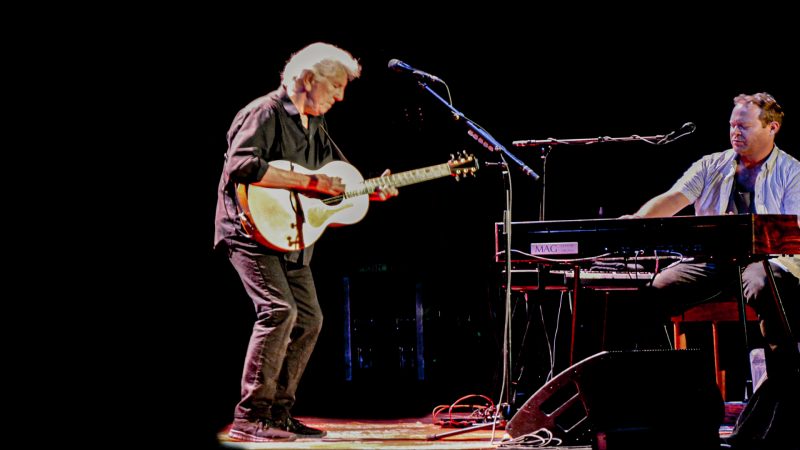