A Quick Sunday Lunch at Beck and Call

At the end of the 1980s things were not running very smoothly in the Graham household.  My fault entirely, I admit. At the time, we were living on Scott Hall Road near King Lane and so on Sundays, I would take a walk with the newspapers and spend an hour or two in the True Briton pub on Stainbeck Road.

I chose it because it sold hand pulled beers and was still somewhere you could go for a couple of quiet pints if you wanted, or join in with the conversation at the bar. When I saw that it had been taken over and remodelled under the moniker of Beck & Call I thought I would take a journey back in time to see what had happened.

When I read about the emphasis on food and families and the addition of a play area for the kids (in an article by my esteemed editor in this very publication) it sounded like a place that I would normally make a large detour to avoid, and, inadvertently, that is what happened.  It was the day of the Leeds Triathlon when I decided to check it out, so the bus from Harrogate was diverted non-stop into town via Seacroft!  I managed to navigate a route out of the City Centre and, two and a half hours after leaving home, I arrived at my destination.

I must say that I was very impressed with the outside of the building.  There is a huge decked area where people were enjoying a drink in the sunshine, and the dark window frames looked extremely classy against the red brick.  I had decided to have lunch there so went in. 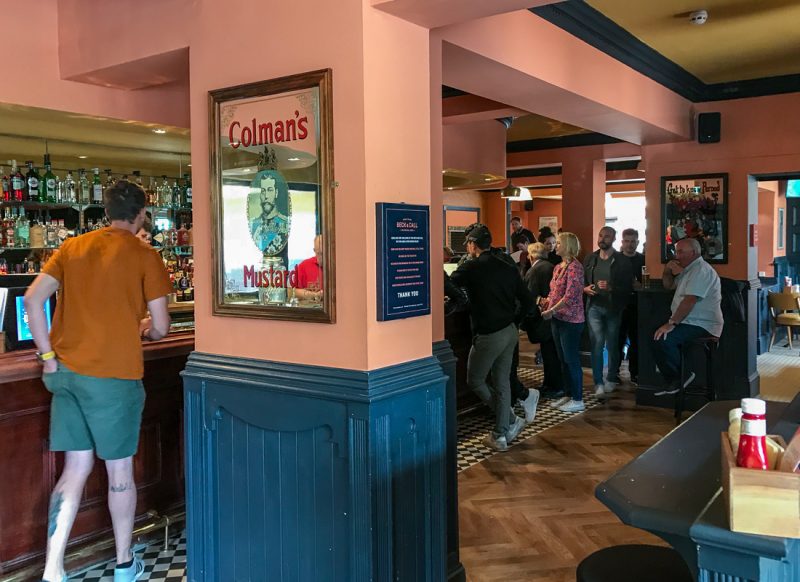 As soon as I walked through the door it became obvious that the emphasis was indeed on food, and the many separate areas were full of families tucking into various vittles.  The pub is one huge space with the various sections being partially walled off, but still effectively open plan.  I ordered a pint of Kirkstall Three Swords which was hand-pulled and was asked for my table number.  Not having decided where to sit I had a swift look around.  One section was full of long tables with families, so I gave that a miss.  There seemed to be families dining in all the sections, but I found a small table which had been vacated and gave that number.  As the previous occupants had left there was a lot of detritus both on and under the table, so I asked the woman behind the bar if someone could give it a quick wipe. She said that she would send someone over.   I was given my pint, I paid my bill and headed for my chair.

I was just unzipping the cover of my iPad so that I could read the electronic version of the papers when a member of staff arrived, not to clean the table but to deliver my lunch!  I have no idea how they got there only a couple of seconds after I did, but they did.  The same staff member then brought me some cutlery and a napkin.  I was just moving the empty glasses on the table when they returned to take them away and wipe it down.  I would have thought that these operations could have been done in reverse order so as to spare me having to hold my plate aloft whilst the table was cleaned.  The staff member was obviously inexperienced in the ways of the restaurant business as I had to point out the three carefully stacked pound coins which had been left by the previous incumbents was a tip. I took a couple of quick photos and began to put the knife and fork to work. 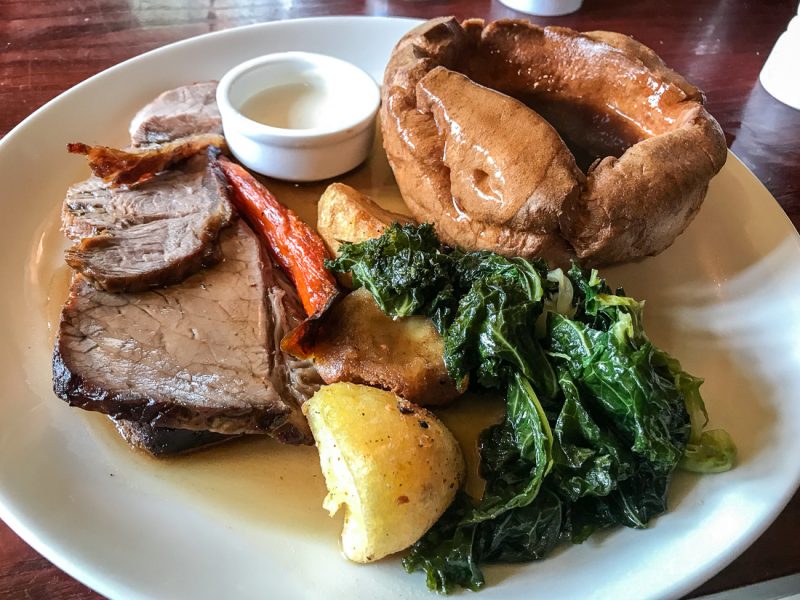 From the Roasts section of the menu, I had chosen the Topside of beef and creamed horseradish which, like the lamb and pork, was served with roast potatoes, seasonal greens and butter roast carrots, Yorkshire pudding and bottomless gravy.  I didn’t understand this last part.  Was I supposed to take my plate back to the kitchen should I require more, or try to attract someone’s attention?  Either way, it didn’t matter as there was ample on the plate and in the Yorkshire pud.  There were four thick slices of beef of various sizes and degrees of cooking.  One of the slices hidden at the bottom was amazing, being just on the brown side of pink and tender as could be.  The other three were a bit more well done but still very nice.  The only problem with it was that it was only vaguely warm.  I found this to be the case with all of the other components, which seemed to answer my question as to how it could arrive so quickly.  My feeling was that it had been plated in advance and dispatched quicker than a Lewis Hamilton pit stop.

Whereas the beef was very good, the roast potatoes, although fluffy on the inside, were a bit sad on the outside, with no hint of crispness.  The spring greens had hardly been cooked at all and were extremely chewy.  In contrast, the carrot was overdone and wizened.  The creamed horseradish had the consistency, and pungency, of milk and the Yorkshire pudding again lacked crispness.  All in all, very disappointing.  I must add that the cost of this was £13.95.  Yes, that’s right, £13.95 for a one-course suburban pub Sunday lunch.  The beer was a more reasonable £3.50.

I realise that the place has only been open for a couple of weeks, but the owners have previous when it comes to the catering trade and I would have expected, indeed I did expect, much better.  I am not alone in my opinion either as, when I had finished my lunch and inched across the long window seat to allow some more people to use the table, I spoke to a couple with whom I was now sharing a table.  They were just having a drink and said that they were here last week for something to eat but it was cold and so made alternative arrangements today.  I will also add that the family newly ensconced at my old table had their lunch delivered before they could get their child in the high chair, or have the table cleaned.  The irony of all of this is that there is a note at the bottom of the menu stating that ‘All dishes are made fresh in our kitchen.  Our chefs are always working hard but at busy times there may be a short wait.’  That would be two minutes instead of one then. 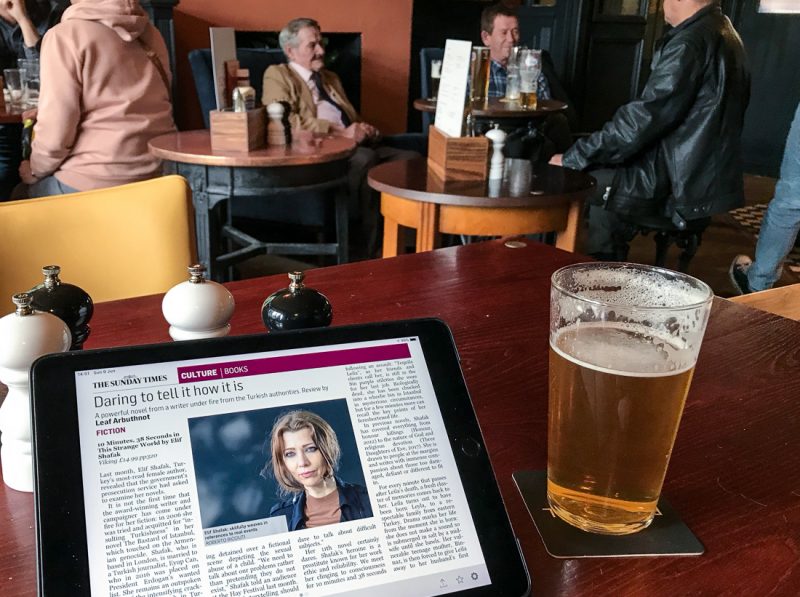 The section where I was sitting seemed to be the only part of the pub which catered for my kind of Sunday pub experience, but even that was just a cluster of a few armchairs, where three gentlemen of a certain age were putting the world to rights.  I did see what appeared to be a sports bar section at the back, but as far as finding some oasis of calm in which to enjoy a pint and peruse the news, I was obviously in the wrong place.  Things then took another downward turn as, just as I was about to leave, the rain began to come down.  This not only meant that I was about to get soaked walking to the Ring Road at Moortown, which was the nearest operational bus stop, but all of the people who had been sitting outside or utilising the play area came inside.  This made negotiating my way past toddlers and buggies in order to get to the loo and then do the same to get out a logistical nightmare.

I really do wish that my experience had been better as I have a soft spot for the Brit.  I am sure that, given time, the glitches will be ironed out and everything will improve, but I would urge the new owners to please remember that Sunday lunch is not like those midweek when you need to go somewhere, refuel and get back to work in the shortest possible time.  It is almost a celebration and an opportunity, for those so inclined, to spend quality time enjoying the company of their family.  I am sure that Sunday diners would prefer to have their table cleaned, tidied and a chance to settle in and take a sip of their drink before the (hot) food arrives.

Editor’s Note:  We will be visiting again in a month or two once they have had a chance to settle in a bit. 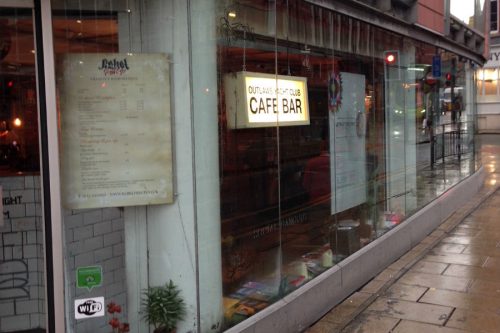 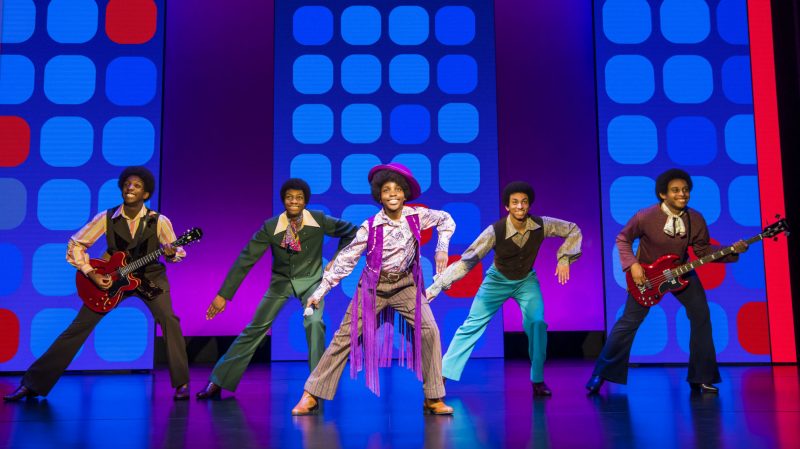 Motown – The Musical: at Leeds Grand Theatre Until 17 November 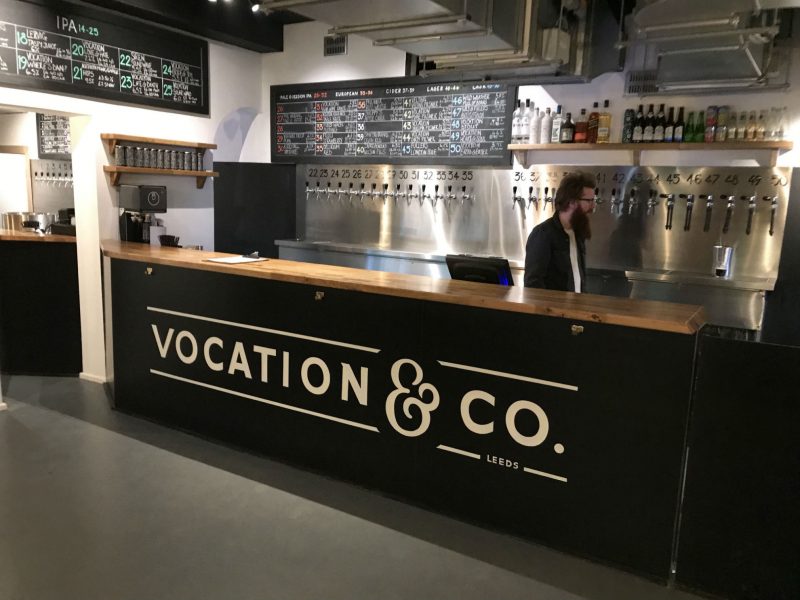