How times change.  Not so many years ago Friday night at a beer festival would mean a roomful of overweight bearded men with a questionable taste in knitwear, waiting for the folk singer to perform and moaning that there was music of any description allowed at all.  Last night, however, I was in a minority of one!

The Brewers Market was a lot smaller than previous beer and food events I’ve experienced and it was so much the better for it. I had a very pleasant time wandering around the various stands and chatting with the brewers who were so obviously proud of their wares. Craft beers were the order of the day and my, what a selection. There were the usual suspects from Leeds: Kirkstall Brewery, North Brewing Co., Northern Monk as well as two which, being a cask rather than a keg man, I had not come across before – Wilde Childe Brewing Co. and Legitimate Industries.

Raynville Superstore, which is a family run outlet specialising in the sale of beer, was also represented. Not only do they sell a comprehensive selection of bottles but they also have four lines to fill and replenish growlers. It always amuses me how refillable beer containers have become known by this term because if ever I go into a pub and order a growler I expect a pork pie. In addition to the Leeds contingent there were breweries from Lancashire, the Lake District, The Peak District, London, Cornwall and even as far away as California and Norway. If you fancied something really exotic, there were representatives from Marsden and Hebden Bridge.

On arrival I thought that I would stay local and acquaint myself with the output of Legitimate Industries so opted for their session beer at 4.2%, Bank Job. No matter how many times I attend events like this I always make the same mistake and order a pint which means that I only get to sample three or four ales instead of seven or eight, but in this case I am happy to be a slow learner as the brew was terrific and I would have gladly stayed on it all night. There was work to be done, however, and realising that I had not eaten since I consumed a cheese sarnie at lunchtime,  I thought I had better take my new best friend for a bite at the street food section. I found us a table and, after having another sip, OK guzzle, I perused the fare on offer.

There was Little Bao Boy, The Mussel Pot, Rabbit Hole Coffee, all of which do what it says in the name, as well as Little Red Food Truck selling burgers and Mormor, who serve food from the Middle East and the Mediterranean. As I had just returned from Istanbul I thought that I would sample the latter so had a Chicken Shawarma. I was told that it would take seven minutes as all the food was made to order. The dish was well worth the wait and comprised a flatbread loaded with a range of improbably healthy salad ingredients acting as a base for the most succulent chicken pieces and pomegranate seeds. The whole thing was then given a topping of mayonnaise and pomegranate molasses. Delicious.

When I had finished the feast I noticed that the Camden Brewery had a small van parked next to the bench where I had eaten, so I decided to give them a try. From a selection of four ales there was only one I could choose, Gentlemen’s Wit, described as citrus, hazy and refreshing. It was also 4.3% so could do no real damage. As I was ordering it I was struck with a sudden dread that I had made a major mistake.  The brewery is from London so what if Gentlemen’s Wit was cockney rhyming slang! Fortunately it wasn’t, in fact it lived up perfectly to the description, so duly refreshed and hazy I went in search of my final beer of the evening. Under normal circumstances I may have stayed for a fourth pint but Canal Mills, where the event took place, is a fair walk out of town and I was not sure that my bladder could cope with the walk back along Wellington Street, a part of Leeds where there is a singular lack of bushes.

I could not leave without sampling the other home town brew with which I was not familiar and so had a pint of California Love, a 4.2% American Pale Ale from Wilde Childe Brewing Co. I had a very pleasant conversation with the founder, Keir McAllister-Wilde, see what he did with the name there, who told me that they had been in existence since April 2016 and were progressing very nicely. The other ales on offer were flavoured and, whilst I realise that the Belgians have been brewing fruit flavoured beer for centuries, I prefer mine to taste of malt and hops and not much else, but if it is your inclination to be a bit more adventurous then they have a Peanut Butter and Banana Porter and a Mango and Passionfruit Milkshake IPA. So that’s dessert taken care of.

The mill was beginning to fill up as I left and the musical entertainment about to begin so I put on my Fair Isle sweater, wiped the pomegranate seeds from my beard and dragged my borderline obese body back to the City centre singing ‘The Wild Rover’ as I went, just for old times’ sake. 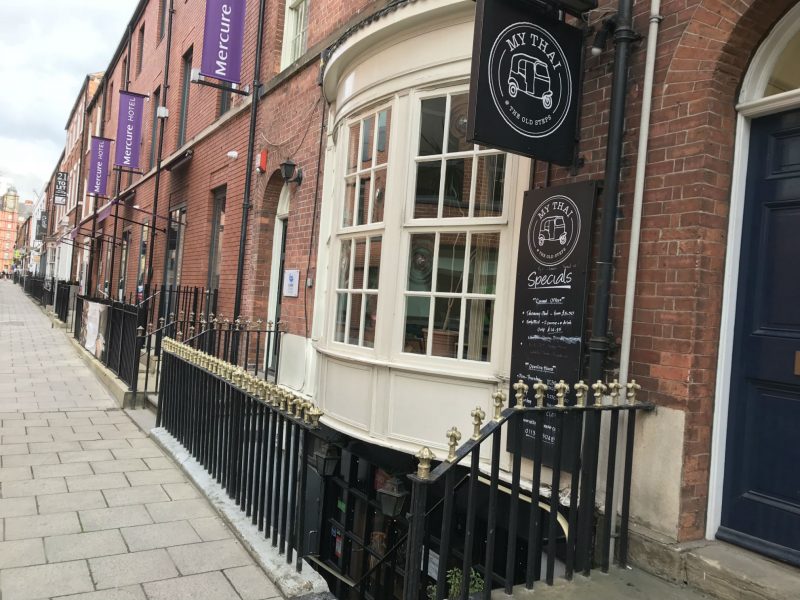 Let’s Do Lunch at Mai Thai at The Old Steps 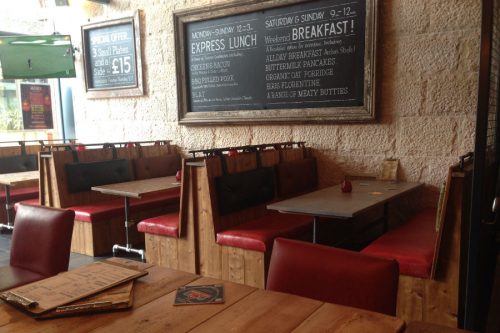 Let’s Do Lunch at Archie’s 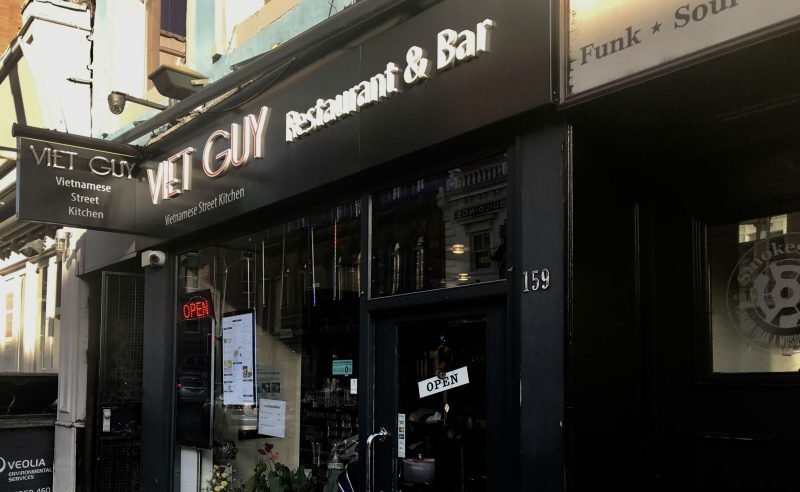 Let’s Do  Lunch at Viet Guy