In Conversation With Dr Almas Ahmed

Facing Brave: How one doctor is taking on the world with a whole new era of makeup.

Acid attacks: a problem that’s scarred the lives and bodies of over 1,200 people in the UK in the past five years, and thousands more across the world; an issue that government legislation has so far failed to combat – and despite pledges to do more, is dangerously on the rise, with a disproportionate impact on women.

But when traditional methods fail, the pioneers of this world make their presence known. Enter Dr Almas Ahmed, the self-proclaimed academic vigilante on a mission to combat the harmful effects of acid violence with a ground-breaking range of protective makeup.

The product – named Acarrier, a hybrid of the words ‘acid’ and ‘barrier’ – has been in development for 10 years, and started as a hobby alongside Almas’s day job as a neurologist. I meet her on a Friday night in early April – we’re here to talk about her upcoming panel event at Leeds International Festival, but first, I need to know more about this magical product.

‘It’s acid-resistant, but it does so much more,’ Almas tells me. ‘It completely blocks UV rays, it’s waterproof, it lasts longer than any makeup on the market, and it’s completely non-toxic to the skin.’ Acarrier’s multiple innovative properties represent a wider evolutionary step for cosmetics, something that becomes clear as Almas mentions her next project: stab-proof makeup. But that’s another story.

Thanks to a private investment, Acarrier will launch to market early in 2020, but the story goes much deeper than that. Almas was originally inspired by Katie Piper, whose life was changed by an acid attack in 2008, and places the women impacted by this type of violence at the heart of her work.

‘[Survivors of acid attacks] have been very supportive,’ she says, ‘through this platform I’m offering them jobs – collaborating with plastic surgeons to get free treatment, and paying for their education. We can’t change what’s happened, but pitying them is taking away their power. We need to support them as much as we can.’

Almas’s holistic approach combines with a powerful streak of perseverance – the type of determination that saw her working 90-hour weeks to balance Acarrier development with a demanding full-time job. ‘The main challenge was testing,’ she tells me, explaining how multiple variables made it tricky to carry out accurate tests for things like temperature and humidity.

‘We had to make sure that if you were to use the product in Columbia, it would be just as effective as if you used it in Siberia,’ Almas smiles, telling me how she’s worked with MHRA, Trading Standards and Peta to make sure the product is totally safe. ‘There’s no testing on animals at all,’ she adds, ‘it’s purely mechanical, using sensors for everything from PH to humidity.’

And if you’re wondering about the physical appearance of a makeup that claims to form a barrier against highly corrosive acid, I can personally vouch for its flawless finish. ‘It’s the foundation I’m wearing right now!’ says Almas, leaning forward to show me the perfect coverage on her cheeks. ‘It’s like body armour – just normal and lightweight.’

It’s an inspiring story, and one that taps into a wider conversation around women’s rights, global politics and social innovation – all things that will be up for discussion at Facing Brave, the panel event taking place at the Tetley on May 7th. Almas will be joined by women’s rights expert, Danielle Cornish Spencer, and skin scientist, Dr Julie Thornton, to talk about the global challenge of acid attacks.

In a nice twist, the talk is curated by Leeds’ Thackray Medical Museum, the place that first ignited Almas’ ambitions to become a doctor when she was still in primary school – the pen she bought as a souvenir became the implement she used to sign her first prescription years later.

‘After that visit to the museum, I would only sign my name as Dr Ahmed!’ Laughs Almas, when I ask where she thinks her pioneering tendencies come from. ‘I’ve been told I can’t do things quite a lot, and I’ve always fought against that. When I was in school I was told I’d never be a doctor, and I was told I wouldn’t be a brain surgeon – but as soon as I want to do something, I make sure that it happens.’

If Almas’s story is anything to go by, Facing Brave is set to be a thought-provoking, empowering exploration of one of the most troubling global issues at play today – from three women not afraid to take matters into their own hands and forge new ways forward for this generation and the next.

‘Hopefully, this will inspire other people to look at cures and do things,’ says Almas. ‘I didn’t have a lot of resources when I was developing this; I’ve just always been brave. All you really need is your laptop (or a pen) and your brain. You can change the world by doing things like that.’

Facing Brave: Women take on the acid-throwers is on Tuesday 07 May, at 19:45, taking place in the L19 Cube @ The Village, Brewery Green at The Tetley. You can find out more and get your tickets here. 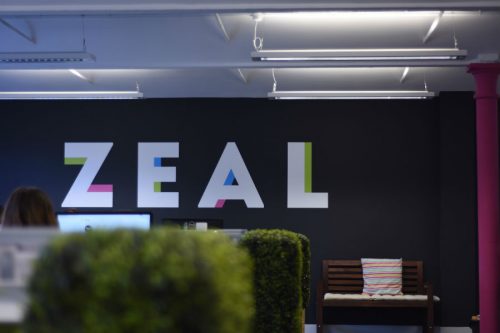 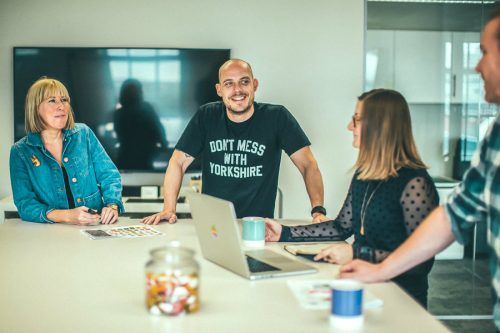