Where did that year go? It only seems like a couple of months since last year’s Rum Festival.

I must admit that I didn’t know what to expect last time, so this year I had the visit planned like a military operation. Being a rum themed event it was the naval branch of the military, of course.

I arrived at 7.00 p.m. and visited a couple of stands run by producers who were not holding Masterclasses but who, nevertheless, were very informative and good company. They included Naud, who have the audacity to operate a distillery deep in the heart of the Cognac region of France. One of the things I gleaned from this year’s event was the number of countries who produce the spirit. It was with that in mind that I chose my Masterclasses.

A novel twist on the evening’s theme was the Bakes by Remi stand, which was selling the most spectacular looking cupcakes, each with a phial of rum in them, either to pour over or drain whilst eating. You can’t lose either way. 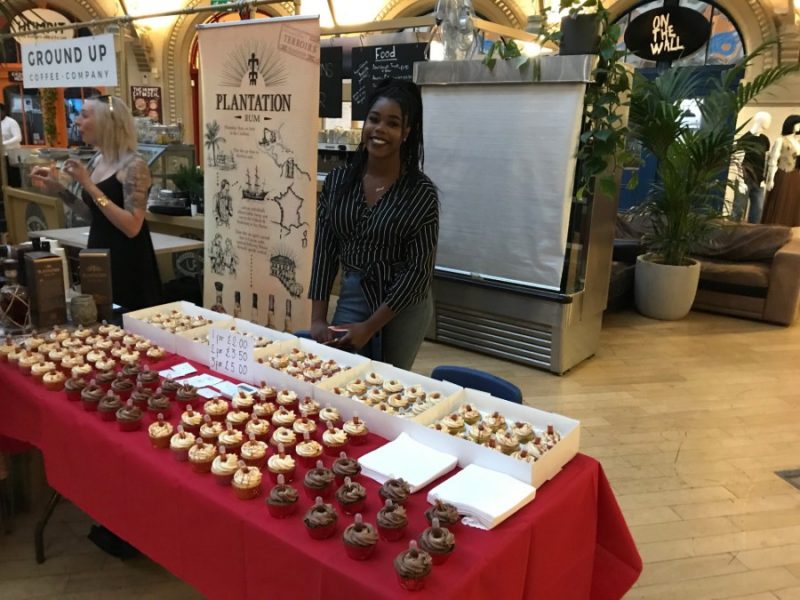 The first lesson was taken in the Plantation Rum’s classroom where Paul was there to educate us in the manufacture of rums from Peru, Fiji and La Reunion. Wearing what qualified as the most flamboyant shirt of the night, he led us through tastings of the various types of rum and pointed out that it is the only spirit which doesn’t have a strict set of criteria for production, so if you mix water and molasses in any quantity and with any other additive you can call it rum. We began with white rum, which is dry and the best one for cocktails, his favourite being a daiquiri, and moved on to a richer, darker version. Speaking of moving on, that is what I had to do at this point in order to attend the next presentation.

Next up was the romantically candlelit Diablesse Tasting Room. Here, Cleo tested our self control by pouring a sample in a tulip shaped wine glass, handing it out, and then asking us not to drink it. It was like one of those people you see on TV who put a biscuit on a dog’s snout and it has to wait for the command before flicking it in the air and catching it in its mouth.  I am sure that the look of frustrated longing in our eyes mirrored that of our canine counterparts. There was method in the teasing – the other glasses on the table which contained strips of card similar to the ones in perfume shops, for those people who are really interested in buying and spray the tester onto the card rather than their wrist, for a free posh pong for the evening.  These, however, had the aromas of various elements such as Banana, Oak, Vanilla etc, which we were then to isolate during the tasting. The thinking behind this was to show how the blended rum in the glass tasted of different things to different people. It was mixture of rums from Barbados, Jamaica and Demerara, each bringing their own flavour to the party. At last, it was time to flick the biscuit and take a sip, or gulp after all this waiting time, to see what we sensed. What I could taste was a combination of flavours with none sticking out above the rest, but providing a lovely mellow melange (get him, four glasses of rum and he’s coming over all pretentious!). Time to move on before I started speaking French for the rest of the evening. 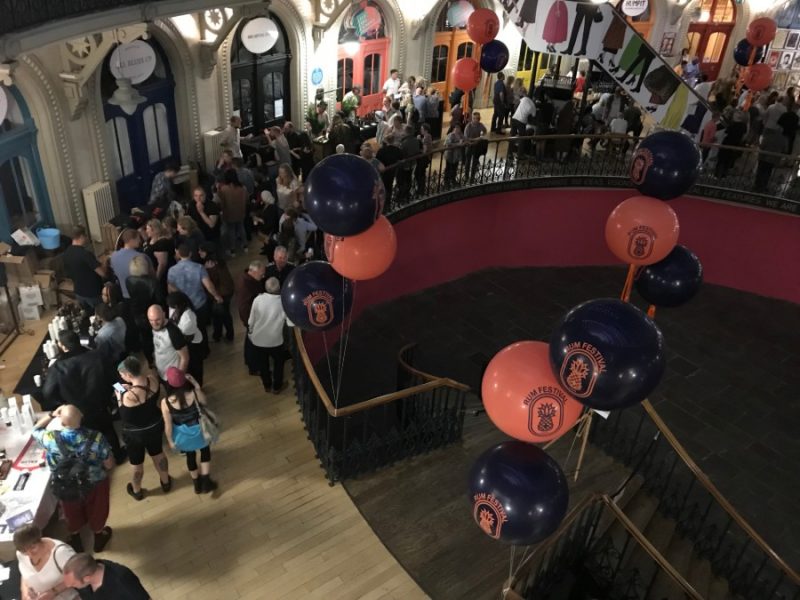 The third tasting was of Bayou Rum from Louisiana. Except for the flavour imparted from the oak barrels, everything in the spirit is produced in that state. The distillery itself is very small and would easily fit into the Corn Exchange, where the Festival was being held. Now, there’s an idea. It was started by a couple of blokes who ‘experimented’ with flavours in their barn in order to blend the perfect rum, but before they reached that point, the local Sheriff paid them a call and, after hearing their story, told them that they had fourteen days to complete all of the paperwork and get everything in order or they would be prosecuted for running an illegal still. Two weeks later, they duly showed the law enforcement officer their permit and began production.

The initial barrels were kept to one side and the commercial output began. Bayou uses the solera system, which means that every bottle is a blend rather than being from a single batch. The way it works is that the barrels are stacked in vertical rows, the ones at the top being filled with new rum. When it has partially matured in accordance with each stage, it moves down the ranks and, when fully formed, reaches the bottom. From then on, half of the rum in each barrel on the bottom row is bottled and topped up with that from the row above, those casks are filled by using spirit from the tier above, and so on until the top row is half emptied and replenished with more fresh rum.

There were four rums to taste here and the final one, the Bayou OX, is one of only 420 bottles imported into the UK. There are now only 419 left, the contents of those original barrels put aside. They decided to bottle it for the celebrations marking the tercentenary of the state of Louisiana. It was excellent, and so it should be at eighty odd quid a bottle.

Time for some food now to counteract the effect of the booze, and a trip to Soul Shack, where I sampled the Rum Honey Glazed Pork Belly, described as Appleton Estate rum, Jamaican sorrel served with rice ’n’ peas and cabbage salad. It was delicious and although slow cooked, still had a chewiness to it, the fat being wonderful unctuous and full of flavour. Just the thing.

My final Masterclass, and the one which I had been looking forward to all night, was that given by Dr Kate Lister, AKA Whores of Yore. There were no samples here, just a presentation entitled Rum, Sodomy and the Lash: The Dark and Stormy History of Rum.  I had seen, and thoroughly enjoyed her story of Port Royal – The Wickedest Place on Earth, at last year’s event and she was so knowledgeable and hilarious in her presentation that I was pretty much beside myself in anticipation. The talk not only lived up to, but also surpassed her previous presentation but, sadly, it had to be prematurely terminated owing to circumstances beyond anyone’s control. Although disappointed, these things happen and so I am now already straining at the leash to see her at next year’s do.

In addition to the Rum Festival, the evening at the Corn Exchange ended with the Black Music Festival but, sadly, it was time to go as there’s only so much excitement a man of advancing years can handle on a Saturday night. I must congratulate Sam Fish, Bruce Lerman and their team for organising such a great event. I’ll finish now as it sounds as though I’m giving a speech.

I repeat that I am already anticipating next year’s event because this is one Rum do which is anything but a rum do!