We went backstage at the 2019 Long Division Festival for a conversation with genre-defying legends, Asian Dub Foundation.

The Asian Dub Foundation are a band made up of different cultures, brought together by their shared passion for creating music and sending out their message to the people.

We spoke to frontman Aktarvata and the front of house sound director Louis to find out more about the band.

How long have you guys been creating music together?

Aktar: Well, the band actually started in 1993, and erm the line ups changed over time. I started playing with the band in ‘99. That’s my first tour I did with them, so the band has been about for quite a while but we still keeping it moving, we’re still releasing albums and we’ve still got more new material coming out soon so. Yeah, you know, we still feel like we’re 25 even though we’ve been around for 25 years. (Aktar laughed)

Louis: and there’s still a lot to say, so, erm, you know as long as there is something to say…

So is your inspiration wanting to spread a message?

Louis: So we fly stuff in, we fly information in, we talk about local issues. Issues that er affect us. But at the same time we do it in a positive energy way. As you can see as we’re performing, it’s a giving, it’s a kind of to and fro of the audiences.

Aktar: Music is a platform for us.

Louis: Yeah, it’s a platform but were not preachin; we’re putting over points of view.

Aktar: …in referencing events or how we’re feeling at the time.

Louis: Like I say, a conscious party, and we done an album called that because it’s the best way to put over musically and lyrically what the band is trying to put over.

You say you want to write about issues.  Are there any recent or historical that you’re writing about now?

Aktar: We talk about current issues. On our new album we’ve got a track called access denied, it’s actually just about not having access to water, because it’s such a basic thing and people just take it for granted and that, but you know, the song as a metaphor it has a bigger message than that. But still, that is such an important issue, but it’s been going on since you know and it’s like access to water should be a right, really and truly.

Aktar: We could carry on talking about this for hours, you know. It’s such a big thing.

So with this being said, where does your vibe come from? How have you developed this type of sound?

Aktar: I mean like, if you saw the show you’ll see there’s so many different elements of different sounds within the band, like you know all the tracks are slightly different; they like lean towards different genres but, erm, the way I could put it is that everyone in the band, they come from a different musical background right and they bring that into it and that’s their input and when everyone inputs that’s their style and background.  We create this and you can’t really put it into a genre, because there’s so many things and it’s a unique element with us. This sound is ADF basically.

Aktar: Funny story that.  It’s a long story but I’ll turn it into a short story. When I was about 15 I wanted to learn music technology and through a youth club, I went to a place called community music, which is still going and still putting on workshops. The bass player and the guitarist that you see in the band today were the tutors, so that’s when I first met them when I was 15 or 14.

But, erm, I kind of maintained contact, I mean they were already an established band at that time so like you know they were touring and I think when I was 18, is when I did my first tour with them.

I mean like I was doing and creating music, writing songs and that so I guess our paths crossed quite a lot.  I was studying in a place where their studio was upstairs and then one thing led to another. First thing I was dj-ing really on tour so I wasn’t actually part of the band so I was like dj-ing as support and playing as the doors opened, then the support act would come on and I would play it during the changeover, then I would jump over and feature on two songs with ADF at the time.

How young were you when you knew you wanted to get into music?

Aktar: Erm well do you know what I didn’t even study music in school. I guess it didn’t really interest me because it was quite classical what they were teaching in school at the time and we didn’t really have access to studio equipment as such; we just had the one computer – it was just one computer for the whole class. People could use it but it just wasn’t really easy access.

But when I got to community music it was much easier to access; I really enjoyed it a lot. I think when I first started recording music and playing an event live once a month, as a showcase, I remember doing a showcase and someone actually saying ‘You know what I like what you do.  Could you do it at this place and we will pay you’. So that was the first like, wow, you could actually do this and earn money from this moment.

I mean, it wasn’t why we were doing this at all, like we were having fun and learning something and it was a way to like you know get away from the streets and get off the streets in a sense in that you’re actually doing something constructive than just hanging out with your pals and, you know, getting up to no good.  There’s more chance of you getting into trouble so.

Did you ever think that you guys would be this big?

Aktar: Not really, nah, just didn’t really think. We were just enjoying ourselves and it was just having fun and being able to travel. When we started touring and getting reactions from audiences that kind of motivated us more to like carry on and continue doing it so like, what, twenty odd years later we’re still here.

So it’s going to sound like an interview style question now (Aktar laughed), but where do you guys see yourselves in ten years’ time? Where do you think you guys will be? 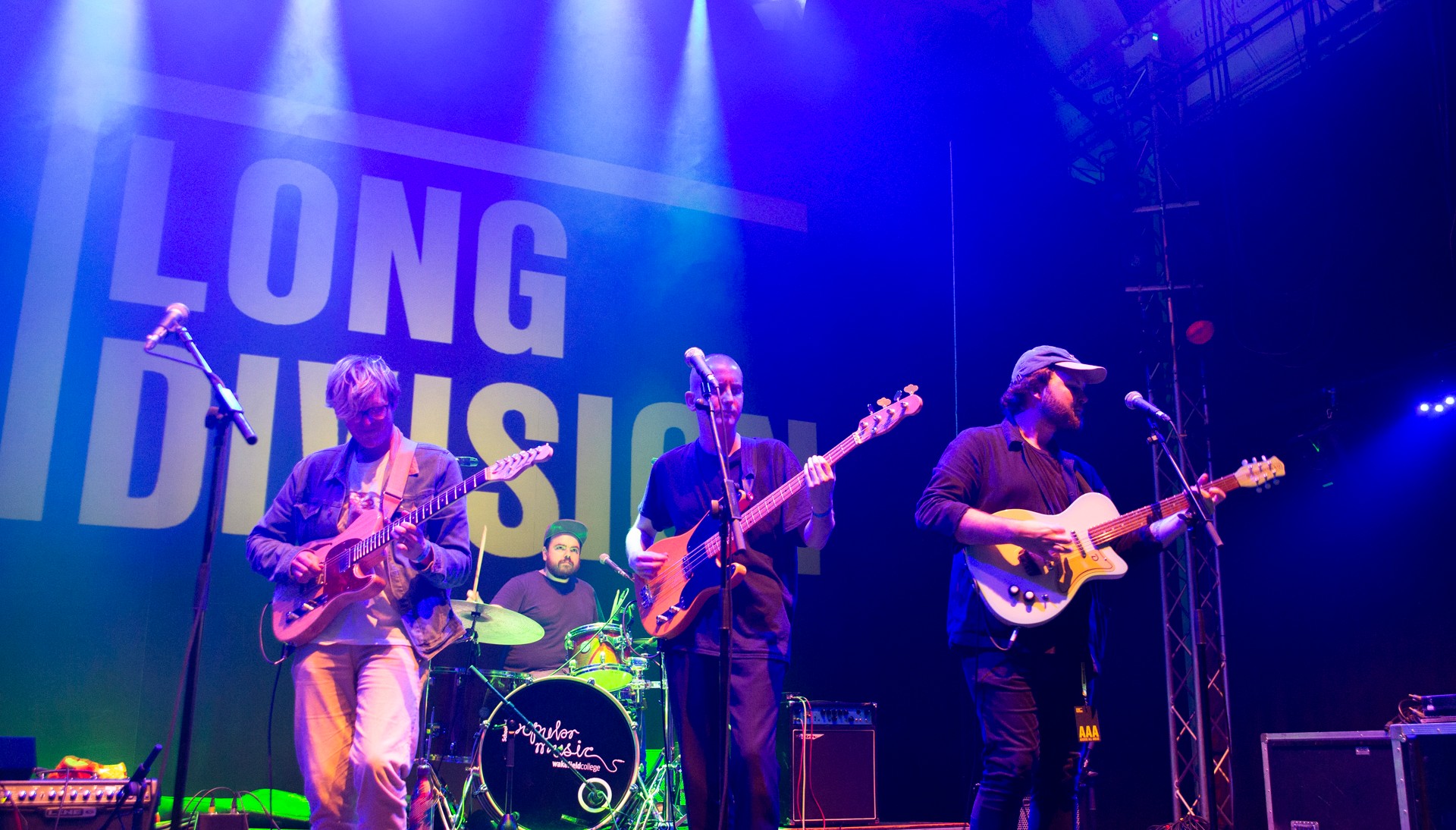