Some years ago I lived in the sprawling metropolis of Sowerby Bridge, which is high in the Pennines just the other side of Halifax.

Yes Leodians, there is something on the other side of Halifax. Being in the Pennines the terrain is not exactly flat, in fact my house had three floors at the front and four at the back, but that’s another storey.  This makes the annual Rushbearing Festival all the more unlikely as it involves sixty men pulling, or holding back, a cart laden with rushes piled sixteen foot high atop of which is seated a local girl. This is the white-knuckle ride to rival anything Alton Towers has to offer.

The Festival itself began many centuries ago, long before the days of central heating, when churches would scatter rushes on the stone or earth floor to help insulate the building. Each autumn the old, and by now rotten, rushes would be swept up and disposed of to be replaced by fresh new ones delivered on a cart. In those days it was just a normal cart and the process was completed in a business-like manner, but as time went on, some places decided to make a song and dance about it, literally, and celebrations were devised. If you are going to have a knees-up then inevitably alcohol becomes involved and the pubs next to the various churches hosted dancing, singing and mumming to coincide with the event, with a good time being had by all, especially the brewers. As heating systems and floor coverings became more sophisticated, the practice of replacing the rushes had more or less ceased by the end of the 19th Century. 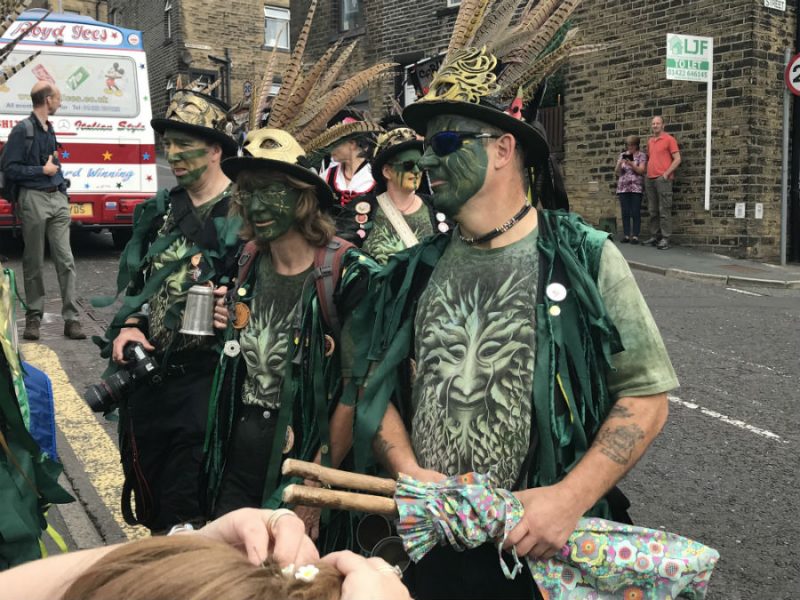 In 1977 a group of people in Sowerby Bridge with an interest in history (and possibly drinking) staged a revival, with one cart being paraded through the streets of the town calling at churches and pubs en route. A handful of rushes is ceremonially handed over to the clergyman and a service held before the cart is wheeled to the local boozer where there is dancing, music and at some places mummers perform a play. The new version has been going from strength to strength ever since. 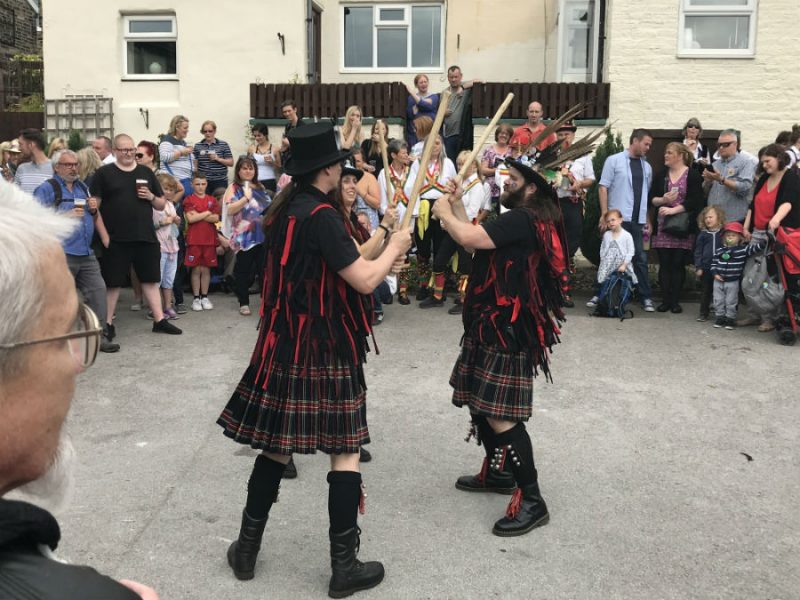 I picked up the cart at the Waiters Arms in Tuel Lane, a particularly steep hill which tests the nerve of the cart pullers, not to mention the female passenger. Their fate is in the hands of the men behind the cart holding it back, preventing it from careering down the road and demolishing the chip shop on the bend. Several girls take it in turn to ride on top of the cart.  I can only assume that it is the one drawing the short straw, or should that be rush, who gets this leg. Several dance troupes from across the North of England performed in the pub car park before the ensemble left to call at the Shepherd’s Rest and then on to the town centre, where I caught up with it once again, and the churches of St Patrick and St Paul. The whole kit and caboodle ends in the canal basin to rest up for the night before climbing the other side of the valley on Sunday. 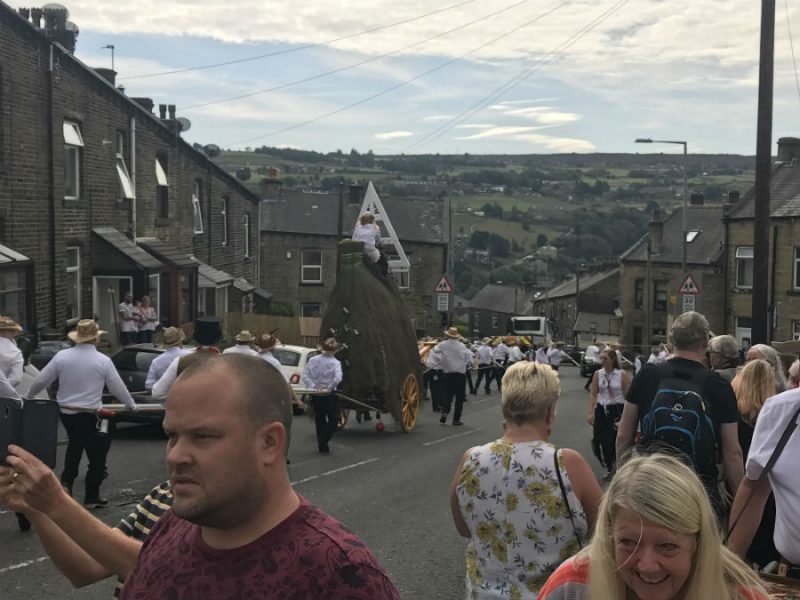 If the logistics of the above sound formidable, then it is even more so in that disruption to the traffic flow through the town is kept to an absolute minimum and no one gets held up for more than about five minutes. A lot of unsuspecting motorists passing through the Bridge have been known to park up and join in the fun. I must mention the Village Restaurant, where I had the pleasure of ending the evening with one of their amazing Indian dishes, for continuing their practice of distributing boxes of onion bhaji to the spectators free of charge. 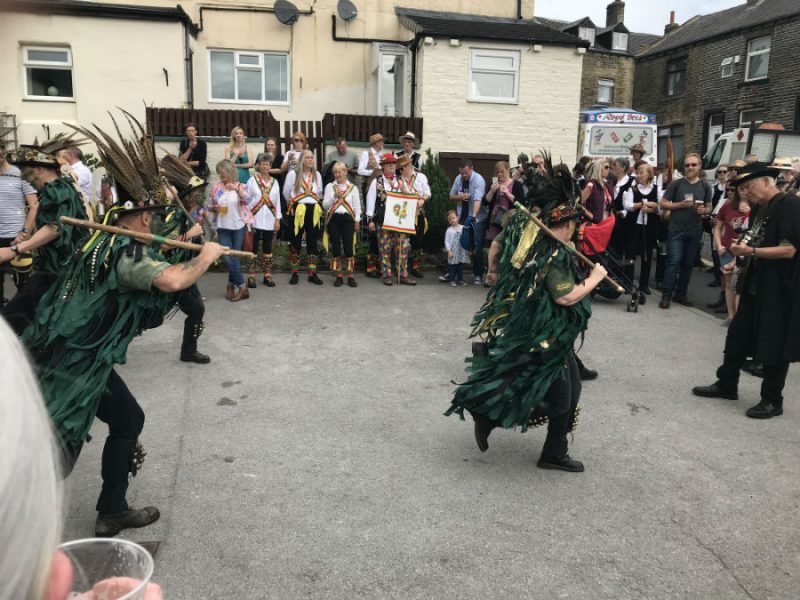 The Rushbearing Festival takes place on the first weekend in September and starts with a party on the Friday night and ends at St Bartholomew’s Church in Ripponden on Sunday evening. If you ever get the chance I highly recommend a visit as not only is it an absolute blast but there are also other attractions and a lot of money is raised for local charities.

Full details can be obtained from rushbearing.com